Okay, Well That Shouldn’t Be A Problem: Grandpa’s Final Wish Is Just To See An Apple One Last Time 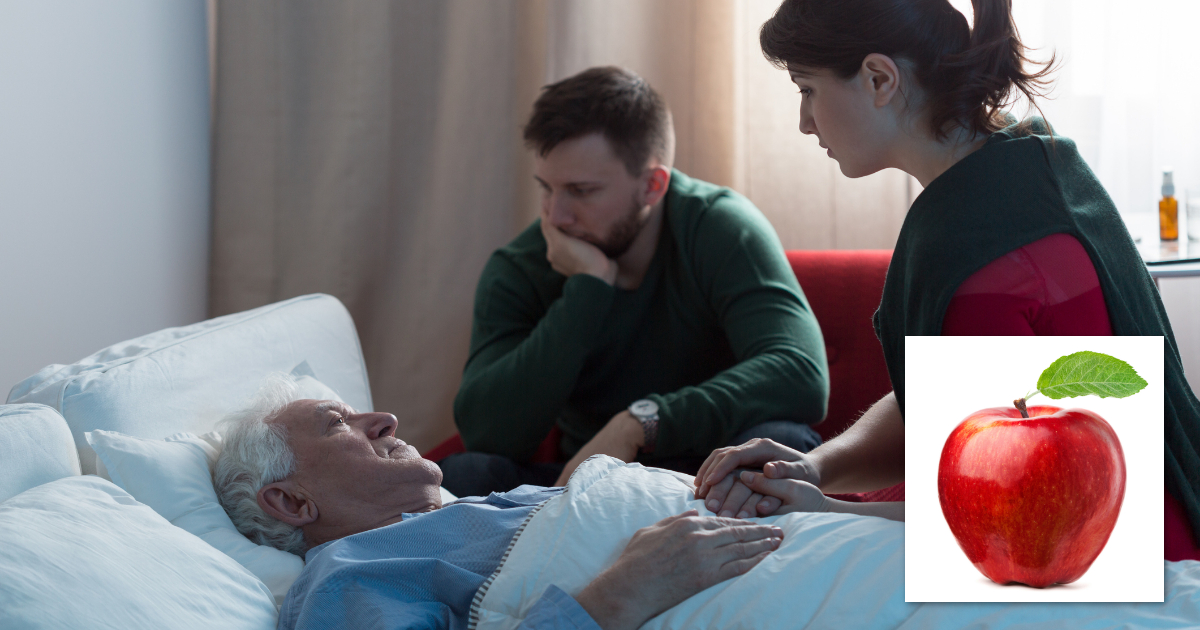 Saying goodbye to a loved one is never easy, but if you’re lucky, sometimes whoever’s dying will do you a solid in their final moments to make the farewell a little smoother. Case in point: Grandpa’s final wish is just to see an apple one last time.

Yep, pretty sure we can make that happen for ya, Gramps!

We’ve all been gathered around Grandpa’s bed on and off for a week or so, and it doesn’t seem like he has muc time left, but the great news is that the only thing he seems to want before he goes is to get a good long look at pretty much any old apple. Two days ago, when Grandpa pulled Dad close and said “Son, I need something from you,” we all got worried, thinking that he was going to confess some sort of dark secret, or make us all promise we’d be good Christians for the rest of our lives. But instead, a super urgent look came over his face and he whispered what sounded like “Show me the apple.” Dad tried showing him a picture of Grandma, thinking maybe “apple” was some sort of pet name, but Grandpa barely even glanced at it before waving his hands and saying “No, no, not that. Apple.” We asked him if he meant, like, an apple from the store, and he nodded vigorously before falling back on his pillow and sleeping for the next 12 hours.

Guess we’ve gotta get him an apple. Fortunately, they’re available pretty much everywhere.

Grandpa has given us no hints as to the significance that an apple holds for him, but one time we did hear him muttering about it under his breath, saying stuff like “its gleaming skin…fibers…” so he clearly thinks it’s a major deal. But the bottom line is, all we’ve gotta do in his final moments is whip out this apple he’s so excited about, and it seems like his life will have come to the exact conclusion he was hoping for. He was a military officer and a member of the church choir, plus he rescued dogs, but we guess he got all that thematic stuff squared away before getting sick, so the main thing left to deal with is apple.

That’s great! We can do that!

We all love Grandpa, and we want to give him the best send-off possible, so it’s fantastic to know that purchasing a Granny Smith from the grocery store is just what he needs to feel ready to pass on to the infinite realm. It probably won’t be long now, so wish us luck, but don’t send Grandpa any last wishes, because we think he’s more focused on the whole apple thing.