Poor Kid: Eddie Vedder Just Said Something Rude About Donald Trump So Now This 8-Year-Old Has To Listen To His Dad Yell About Eddie Vedder For 2 Weeks 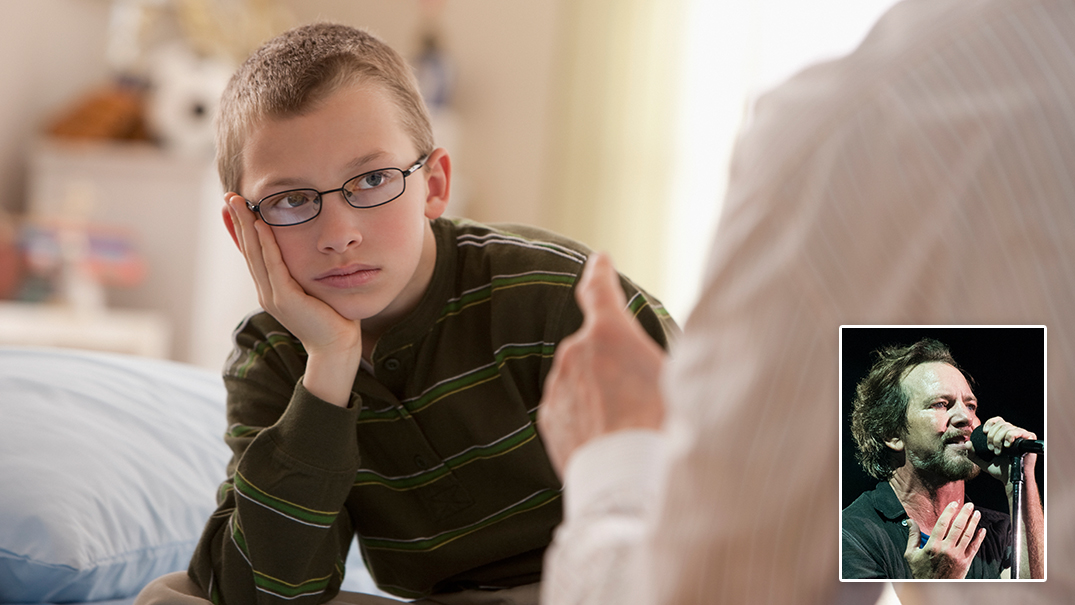 Well, this isn’t going to be fun. It looks like the next couple of weeks will probably be a bit rough for 8-year-old Jayden Corlett, because his dad found out that Eddie Vedder said something rude about Donald Trump and now he’s got to endure his dad constantly complaining about Eddie Vedder for the foreseeable future.

Yikes. Hang in there, little guy.

Jayden’s dad discovered the Pearl Jam singer’s slight at the president from a meme posted on a Facebook page called “Conservative News Daily,” which paraphrased a Rolling Stone interview where Vedder said, “I’ve never been more ashamed of the direction my country is headed. Fuck Donald Trump.” Since the moment Jayden’s dad saw the quote, his anger toward Vedder has been out of control, and Jayden—who didn’t know who Eddie Vedder was when his dad first started ranting about him and still doesn’t really—has had to suffer through nonstop rants about how Eddie Vedder “sounds like a goat,” how “Soundgarden was the only grunge band worth a shit anyway,” and how “celebrities like Eddie Vedder should stick to singing and dancing.”

While initially there was hope that the anger might be short-lived, it quickly became clear that the anti-Vedder rants would have to be endured on an everyday basis, with the most recent outburst coming earlier today when Pearl Jam’s “Jeremy” came on the radio as Jayden’s dad was driving him to school.

“Goat Boy is entitled to his beliefs, but this isn’t about politics,” Jayden’s father explained to him with muted hostility as Jayden silently played Angry Birds on his Kindle in the back seat. “It’s about respecting the office of president and not being vulgar. I don’t remember any conservative celebrities feeling the need to insult Obama using language like that. Celebrities wonder why everyone hates them.”

Poor kid. No child should have to experience their dad constantly bitching about Eddie Vedder.

Unfortunately, with no shortage of celebrities making disparaging statements about the president, Jayden is probably going to be subjected to his father’s diatribes for as long as Trump is in office. We can only hope that Jayden learns to block him out thoroughly enough to avoid any long-term trauma.