Possibly Illegal: This Baby Is Being Pushed In A Stroller By A Different Baby 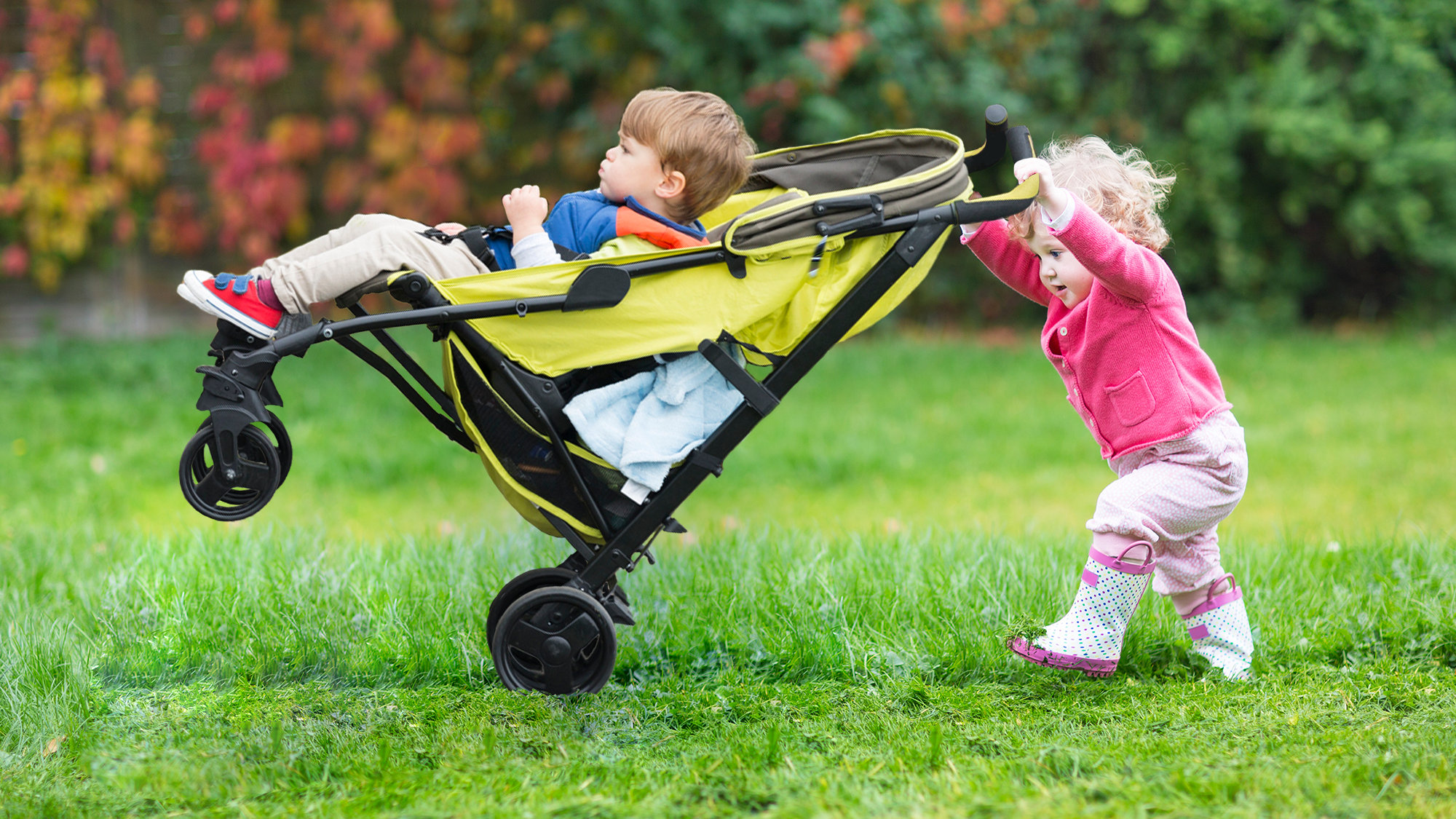 Well, huh. The scene currently unfolding on a street in Richmond, VA is both incredibly confusing and potentially incriminating: This baby is being pushed in a stroller by a different baby.

Isn’t this sort of thing against the law? Shouldn’t someone be watching them? It’s not like the one pushing the stroller could possibly be responsible for the baby inside the stroller.

According to reports from the scene, for the last 20 minutes, a baby has been pushing another baby in a stroller down the sidewalk of a downtown Richmond street, and witnesses have been quick to clarify that the stroller is not a small, doll-sized carriage that a baby might conceivably own, but rather a full-size, convertible stroller with a bassinet and everything. There’s a real baby in there. The two babies are reportedly smiling and sharing cotton candy, and while their identities are currently unknown, witnesses guess that based on their dynamic, they are either siblings, friends, or cousins.

Apparently, the two babies have obeyed all traffic signs and have had no difficulty safely crossing the street, even while the baby doing the pushing threw up on himself while pretending to take a call on what onlookers believe was a real iPhone that no longer works. The babies have mainly stuck to the sidewalk, although they reportedly made one stop into a Starbucks where they approached the register, threw their empty cotton candy wrapper onto the counter, clapped three times, then left.

To make things even more confusing, the baby in the stroller just climbed out and swapped places with the one doing the pushing, and apparently they now look even happier than before, because the baby who is now sitting in the stroller is laughing while the one pushing the stroller is doing a little jig. Weirder still, a child who witnesses describe as an incredibly large baby, much larger than the first two babies, just walked out of an alley and handed the babies another thing of cotton candy. Then the baby in the stroller got out, and now all three babies are pushing an empty stroller while sharing the cotton candy as they continue down the street.

Seriously, what’s going on? It definitely seems like someone is supposed to go to jail here. Would it be the guardians who should have been watching these babies? Or would it be the babies? Can babies even be tried in a juvenile court? And where the hell did they get cotton candy? There’s no carnival in town! This situation definitely need police intervention ASAP.

God, we don’t even know where to begin. Here’s hoping that someone who knows the legality of this situation intervenes sometime soon, because this definitely seems like the kind of thing that should at least result in some kind of penalty. Babies pushing other babies in strollers…you’ve got to assume that kind of thing against some kind of law. Time for someone to go to prison!