Preparing For The Worst: President Trump Has Asked For Ronald McDonald To Sing ‘Sexual Healing’ At His Funeral If He Dies Of Covid-19 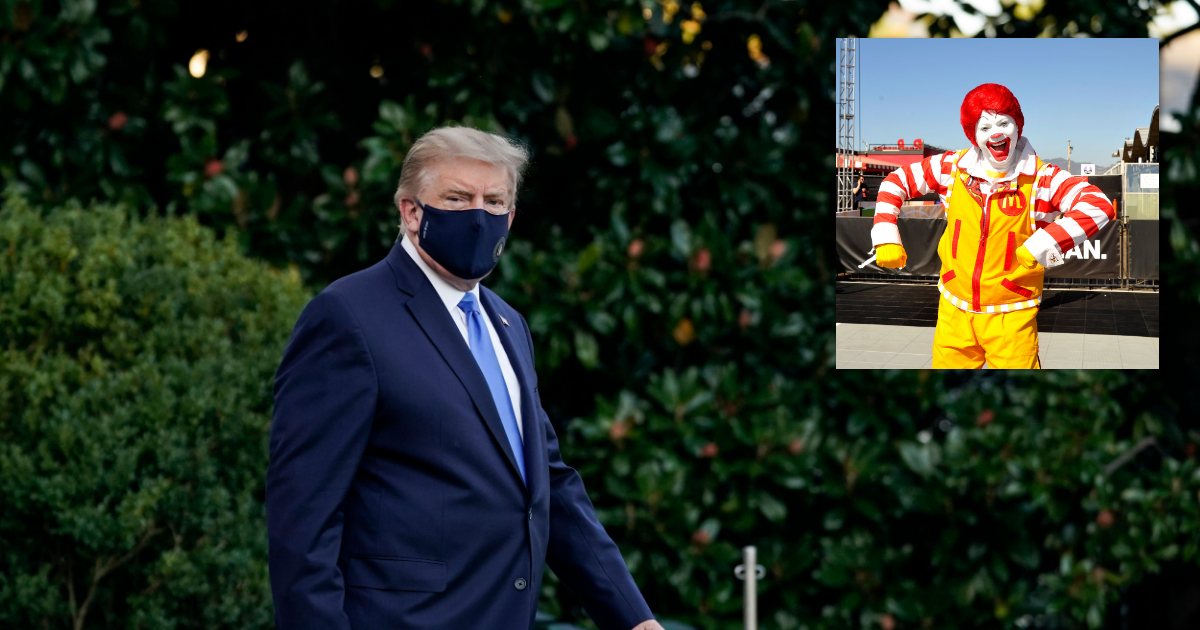 Ever since President Trump announced his Covid-19 diagnosis late last week, he has publicly maintained an optimistic attitude about the prospect of making a full recovery. But according to inside sources, the president is privately deeply concerned and is even making preparations for if the worst should happen: President Trump has reportedly requested that Ronald McDonald sing “Sexual Healing” at his funeral should he die of Covid-19.

Wow. It seems like Trump is much more worried about his health than he’s letting on.

According to top-level White House aides speaking on the condition of anonymity, President Trump amended his last will and testament earlier today to reflect his wish that, in the event of his death, Ronald McDonald sing the Marvin Gaye classic “Sexual Healing” in front of the casket at his funeral. Trump also reportedly specified that the song be performed with a karaoke machine so that there’s no live band onstage to distract from the beautiful spectacle of Ronald McDonald serenading the commander-in-chief’s corpse.

White House sources also revealed that, while detailing his request, a big smile spread across the president’s face as he fantasized about lying peacefully in his coffin to the tune of Ronald McDonald crooning the words, “Sexual healing is good for me. Makes me feel so fine, it’s such a rush. Helps to relieve the mind, and it’s good for us,” in his nasally tenor. The sources added that Trump demanded that Ronald McDonald sing “Sexual Healing” two separate times at his funeral: once “standing still like a normal clown” at the beginning of the service, and a second time later in the service where he should “sadly thrust his hips” to capture the song’s sexy energy.

Wow! Sounds like it will be a memorial service for the ages.

While there is still a great deal that is unknown about Trump’s battle with Covid-19, it’s clear from these reports that the situation is more serious than he’s making it out to be. But if there’s one thing we do know for sure, it’s that should the president ultimately succumb to this disease, the nation will get to witness a truly breathtaking rendition of “Sexual Healing” performed by one of the world’s most respected clowns, and chances are there won’t be a dry eye in the house!