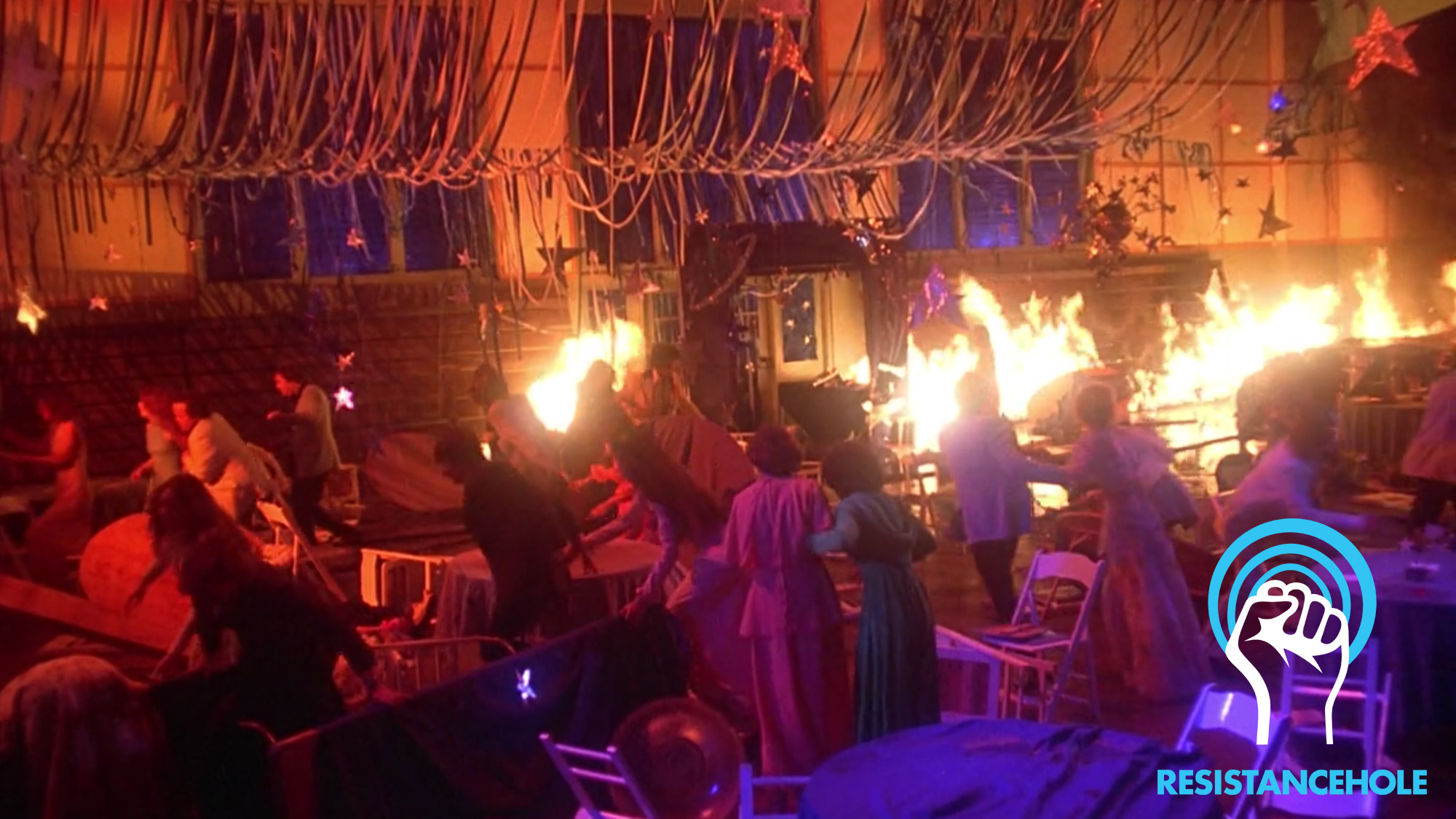 It’s no secret that our thin-skinned POTUS takes every insult personally, but his latest temper tantrum is a new low even for him. According to reports, when his classmates spilled pigs’ blood on Trump’s dress at prom, he immaturely lashed out with his psychic powers and slaughtered everyone in the school.

Seems like the toddler in chief needs his diaper changed, because Trump using his telekinesis to murder everyone at prom is a national embarrassment.

Look, we’re not condoning bullying, but no amount of taunting justifies Trump mentally locking all the doors of a gymnasium so he could enact his lethal revenge on the kids that laughed at him. But apparently in Trump’s childlike and incredibly powerful mind, any slight deserves a response as extreme as levitating a fire hose to spray a crowd of panicking prom attendees and then electrocuting the principal to death. The United States used to be a land where the president didn’t set the school on fire to kill all his classmates, but Trump is assaulting that cherished American tradition.

Have you no shame, Mr. Trump? You have tarnished the office of the presidency by unleashing your latent psionic powers to ruin a dance that should have been the highlight of the entire school year.

Under Trump’s corrupt administration even gym teacher Ms. Collins, who showed him kindness and tried to defend him from bullying, was crushed to death during the orange baby’s telekinetic hissy fit. Drumpf has no loyalty to anyone or anything besides himself, proving he is the most egotistical prom queen in U.S. history.

You’d hope that Republicans would have the courage to speak up and condemn Trump’s egregious behavior at prom, but there’s just crickets from Congress. Even when President Cheeto murdered his own mother by making knives fly across the room to crucify her, that didn’t earn a peep from human turtle Mitch McConnell. The only people who have shown an ounce of backbone during this whole debacle are popular girl Chris and her boyfriend, Billy, who at least tried to run over Teflon Don with their car, a heroic action that was no less brave just because he flipped their vehicle just by looking at it and survived unscathed.

CORRECTION: Due to an editorial oversight, this article incorrectly attributed the massacre at Bates High School’s senior prom to Donald Trump. In actuality, the telekinetic murderer responsible for these deaths is Carrie White from the motion picture Carrie. ResistanceHole regrets the error.