Prince Harry’s Pubes Are Clear As Glass, And 6 Other Jaw-Dropping Revelations From His Best-Selling Memoir 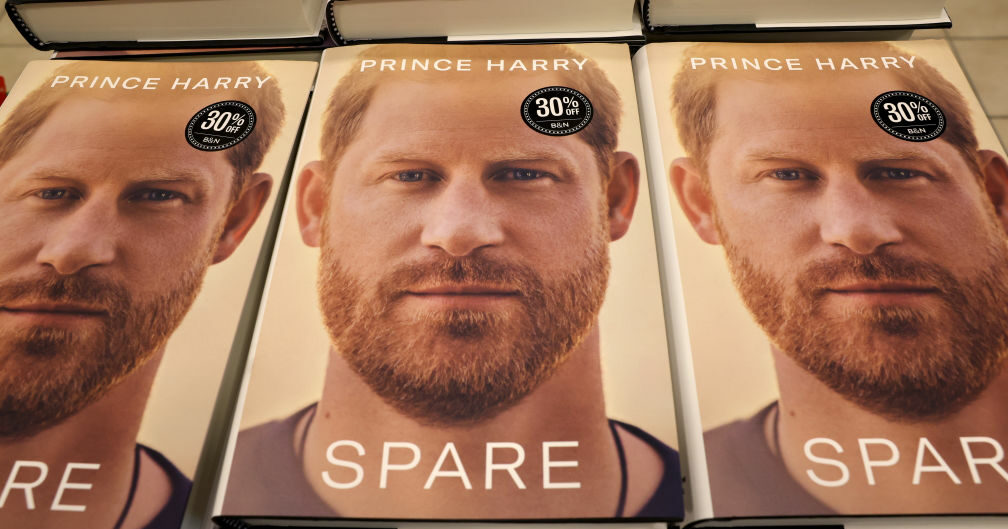 In his highly anticipated memoir, Spare, Prince Harry gives a no-holds-barred account of life as the Duke of Sussex, divulging some of the juiciest secrets to ever come out of the Royal Family. Here are seven of the book’s most jaw-dropping revelations.

1. The hair on his head is red, but his pubes are clear as glass: Here’s a fascinating one: Despite having a full head of bright red hair, Harry’s pubes are completely transparent. “You can see right through my pubes,” he explains in the first sentence of his book. “And they’re very wide.”

2. Harry and Meghan had to later re-do their wedding vows after they learned that the officiant, Mr. Bean, had accidentally married two sturgeon instead: The secret, second ceremony was officiated by a magistrate the day following their first wedding, and Mr. Bean was beheaded in accordance with royal law.

3. Meghan Markle was removed from the Royal Family after she failed to complete the onboarding webinar: “The Zoom link expired before she’d completed all of the nodules and uploaded her necessary documentation to the system,” writes Harry. “Out of the family we went.”

4. Harry is first in line to inherit the Royal Bangs: While William might be next in line for the throne, it’s Harry who has rightful claim to the Royal Bangs, which were first worn by King James II in 1672 and will be bequeathed unto Harry upon the passing of his father, King Charles III.

5. Harry thought about nothing but Nutter Butters from 2012-2014: As extensively detailed in Chapter 4, “I Can’t Get Enough Nutter Butters!!!!!,” Harry is quite fond of the Nabisco snack, and was single-mindedly obsessed with them for several years. “Never been much of an E.L. Fudge man,” Harry explains following a gruesome description of killing a Taliban soldier. “Nutter Butters are my main deal.”

6. Harry and Meghan have kissed on the lips: Harry confirmed in his memoir that he and Meghan have smooched directly on the lips—multiple times, in fact. “It makes a sound like ‘mwah’ when we give each other a smacker,” he writes. “We have done it three times, and I intend to ask for another later this year.”

7. Harry once saw a goth: During a 2014 trip to a shopping mall, Harry witnessed an honest-to-goodness goth decked out in fishnet tights, poofy black hair, pale makeup, and everything. “I always thought goths were an urban legend,” he admits. “But here I was, looking at one in the flesh. A thrilling encounter to say the least!”