Resistance Win! This Artist Was Going To Draw Trump And Putin Kissing, But Was Worried That Seemed Homophobic, So He Had Them Kiss While Thinking About Pamela Anderson 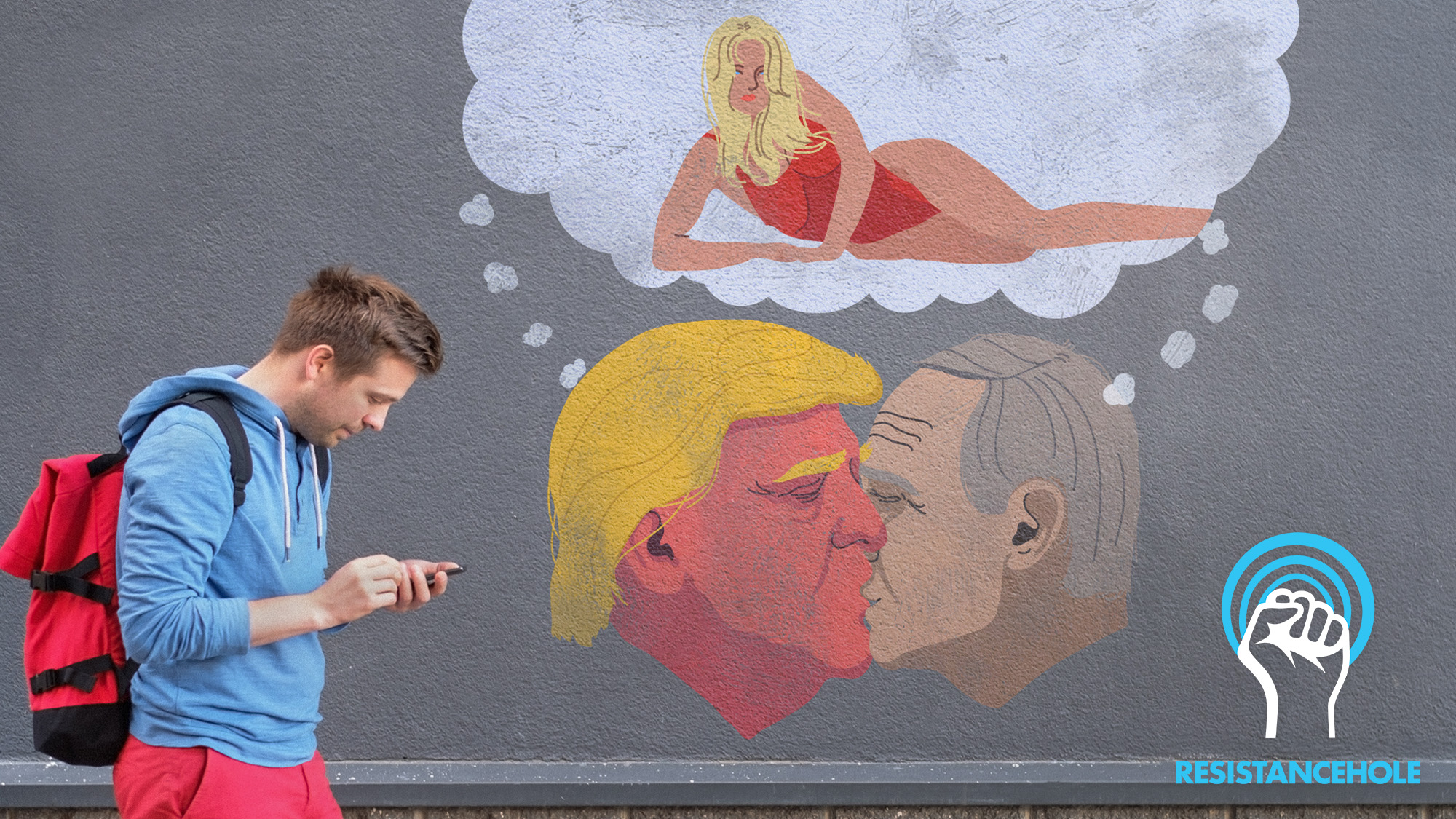 To stop Donald Trump’s insidious agenda, there’s no better weapon than the power of art, and one incredible painting is taking the President Cheeto to task in the best possible way. Michael Ortiz was going to paint a mural of Putin and Trump kissing as a metaphor for the president’s treasonous collusion with Russia, but was worried that might seem homophobic, so he added a thought bubble to show that the two men were thinking about Pamela Anderson as they locked lips.

Take that, Drumpf! We’d like to see you bounce back from this!

“Showing Trump and Putin kissing was the only way I could think of to convey to the public that these two tyrants have been conspiring with each other to bring down American democracy, but I didn’t want to imply that there was anything funny or shameful about two men kissing,” Ortiz said of his epic mural, which is certain to already have Trump screaming with rage. “If I used a metaphor for collusion other than Trump and Putin kissing, my audience might not understand it, so I just depicted both men thinking about Pamela Anderson while they locked lips, and now it’s clear that they’re heterosexuals.”

Absolutely amazing. Thanks to Ortiz’s quick thinking, his totally perfect illustration now portrays a non-sexual conspiracy kiss between a pair of corrupt politicians who both have a heterosexual crush on Pamela Anderson. It’s not in any way an attempt to use their sexual orientation as a punch line, and anyone who sees this image will clearly observe that Trump and Putin are simply kissing because they’re platonic collusion buddies. They can’t possibly be attracted to each other because they are busy thinking of the February 1990 Playboy Playmate of the Month!

Awesome. This painting is a huge victory for the resistance, and it’s entirely neutral for gay rights, because in this powerful piece of protest art, Trump and Putin are two heterosexual men who kiss only to show how they’re in league with each other while they daydream about Pamela Anderson. It’s an absolutely flawless takedown of America’s Conman-In-Chief and his Russian co-conspirator, and a total resistance win!