Royal Heartbreak: Queen Elizabeth And Prince Phillip Have Divorced After Bitterly Fighting Over Which One Of Them Would Get To Eat The Silica Packet In A Bag Of Beef Jerky 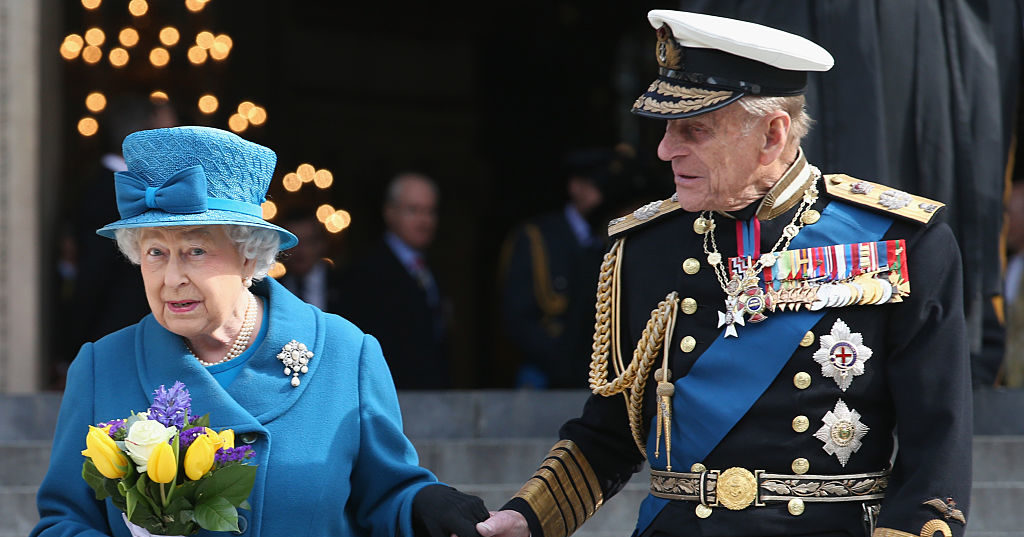 LONDON, ENGLAND - MARCH 13: Prince Philip, Duke of Edinburgh (R) and Queen Elizabeth II depart a Service of Commemoration for troops who were stationed in Afghanistan on March 13, 2015 in London, England. (Photo by Chris Jackson/Getty Images)

The United Kingdom is in mourning today after a shocking announcement that one of the most celebrated marriages in the history of the country’s monarchy has come to an end: Queen Elizabeth and Prince Phillip have divorced after bitterly fighting over which one of them would get to eat the silica packet in a bag of beef jerky.

Absolutely devastating. It’s so tragic to see this royal union come to an end after 70 years.

At 3 a.m. today, royal guards at Buckingham Palace discovered Queen Elizabeth and Prince Philip rolling around on the floor wrestling over a packet of silica gel from a bag of Jack Link’s Beef Jerky. Those present said that the Queen and her husband both referred to the silica packet as “the meat gems” and were engaged in a vicious verbal argument about which one of them would get to swallow the little baggy of dehydrating crystals. Queen Elizabeth repeatedly yelled, “I want to eat them! They taste like poison and they look beautiful!” and Prince Philip kept yelling, “Let me eat the meat gems, you miserable shrew!”

Guards tried to pull the Queen off of Prince Philip, but the Queen bit the guard’s hand when he got too close. After several hours of fighting and screaming at each other, Queen Elizabeth abruptly shrieked, “I cannot stay married to anyone who will not let me eat the fabulous meat gems, which taste like poison! We are now divorced!”

Buckingham Palace has confirmed that Queen Elizabeth and Prince Philip had thrown the actual beef jerky into the garbage.

Shortly after deciding to dissolve her marriage, Queen Elizabeth released the following statement from Buckingham Palace:

“Hello. This Queen Elizabeth, the Prime Minister of England. I am divorcing my gluttonous husband Prince Philip because he would not let me eat the gems of the meat. They taste like poison and I want to eat them because they are beautiful. When I eat the meat gems, I feel sick and I feel immortal. My marriage may be over, but my journey to eat as much silica gel as possible is only beginning. I will be buying thousands of bags of Jack Link’s beef jerky and eating all the meat gems contained within. I buy Jack Link’s because their beef tastes the worst, but their silica gels taste the most poisonous. Thank you, England. Do not ever ask me for anything. Sincerely, Queen Elizabeth.”

In response to the Queen’s message, Prince Philip released his own statement, posted as a YouTube comment underneath a video called “The 10 Best Anime Villains Of All Time”:

“Hello. This is Prince Philip, the King of England. I have decided to divorce my lizard of a wife Queen Elizabeth because she would not let me eat the beautiful meat gems even though I deserved them for being so tall and so old. Queen Elizabeth is a jock and one time she stuffed me in my locker. Since I cannot eat the meat gems, I will be leaving Buckingham Palace to make my way in the world on my own. I will be spending the remainder of my life driving very badly and crashing into things. I am also interested in appearing in pornographic films based on Pixar movies. Thank you for your support during this time.”

Well, it truly looks like this is the end of the road for Queen Elizabeth and Prince Philip. After everything they’ve been through together, it’s tragic to think that their marriage should come to an end over a squabble over the silica gel from a bag of beef jerky. Still, it looks like both of them were desperate to eat the “meat gems,” and if they couldn’t come to an agreement it only makes sense that they would get divorced. Here’s hoping that the U.K. is able to heal itself after this shocking divorce!