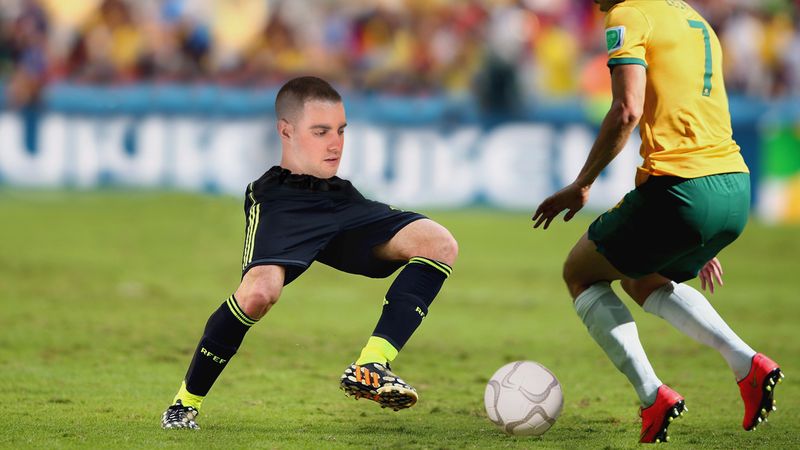 When Germany takes the pitch against Argentina this Sunday in the World Cup final, they will have many factors working in their favor. They have been a dominant force throughout the tournament and are currently riding a wave of momentum after demolishing host team Brazil in a 7-1 blowout.

But there is one thing, more than any other factor, that sports analysts believe will give Germany an edge over Argentina this Sunday: central midfielder Niklas Baumann.

Throughout the 2014 World Cup, Baumann has consistently proven himself a force to be reckoned with, scoring four goals in seven matches and providing indispensable support on offense and defense alike. Here is a photo of Baumann in in the middle of Tuesday’s game against Brazil:

Born in Hamburg, Germany, Baumann quickly distinguished himself as a naturally gifted soccer player. He turned professional at the age of 19 and has made a name for himself on the world stage as a powerhouse player for Chelsea F.C. in the English Premier League, where he scored 17 goals in 26 matches last season. Chelsea fans affectionately call him “The Flash Flood,” due to his ability to overwhelm his opponents with ruthless efficiency.

So far, international soccer fans have been swept up in Baumann’s combination of raw athletic skill and humble professional demeanor, with German head coach Joachim Loew saying, “I’ve never seen a player who looks so at home on the pitch. It’s almost as if he was born to play football.”

Argentina better watch out! They might have Lionel Messi, but with Niklas Baumann on the German side, Messi might not be enough.