Saying Goodbye: Last Night The San Diego Zoo Held A Candlelight Vigil For The Giraffe Who Choked On A Child 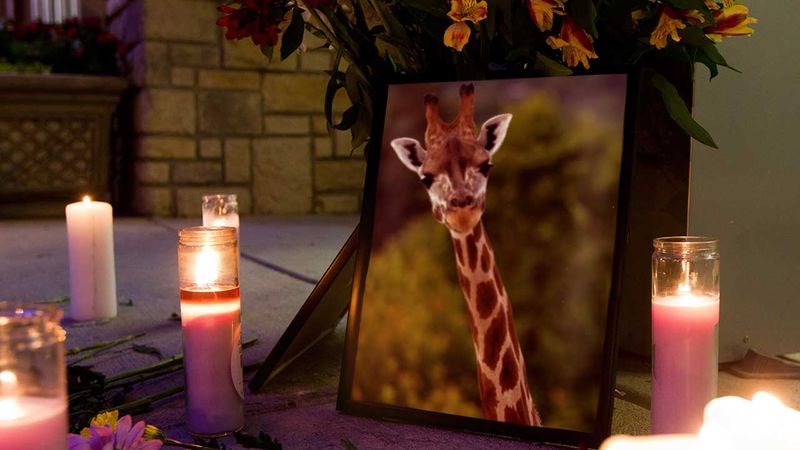 For years, Kofi the giraffe has been one of the star attractions at the San Diego Zoo. Beloved by many, Kofi tragically and unexpectedly passed away this weekend after choking on a child, and last night, the zoo held a candlelight vigil in his honor.

According to a statement from zoo representatives, groundskeepers found Kofi unresponsive in his exhibit late Saturday afternoon. After they discovered that his breathing had become constricted, surgeons were immediately called to the scene, and they worked tirelessly to save Kofi for over 45 minutes. By the time they realized there was a 7-year-old boy lodged in Kofi’s throat, the giraffe had already passed on.

Using the hashtag #GoodbyeKofi, the zoo announced over social media that it would be hosting a vigil for this amazing animal. The response was overwhelming: From generous donors to the local children who adored Kofi so, thousands of heartbroken San Diegans crowded into the zoo last night to mourn the loss of the giraffe who tragically died with a boy in his windpipe.

“Kofi was a valued and cherished part of our community, and his loss was avoidable,” read the San Diego Zoo’s official statement. “While our staff worked hard to remove an obstruction that made his way into his throat, he ultimately passed away Saturday evening. We will do our best to ensure nothing like this happens to another animal at our zoo again.”

Kofi may be gone, but he will always be remembered. Be sure to share your memories of this wonderful animal with the hashtag #GoodbyeKofi.