Science FTW: A Team Of Weeping, Blood-Soaked Researchers Has Announced That The Music Of Phil Collins Makes Pandas Kill Each Other 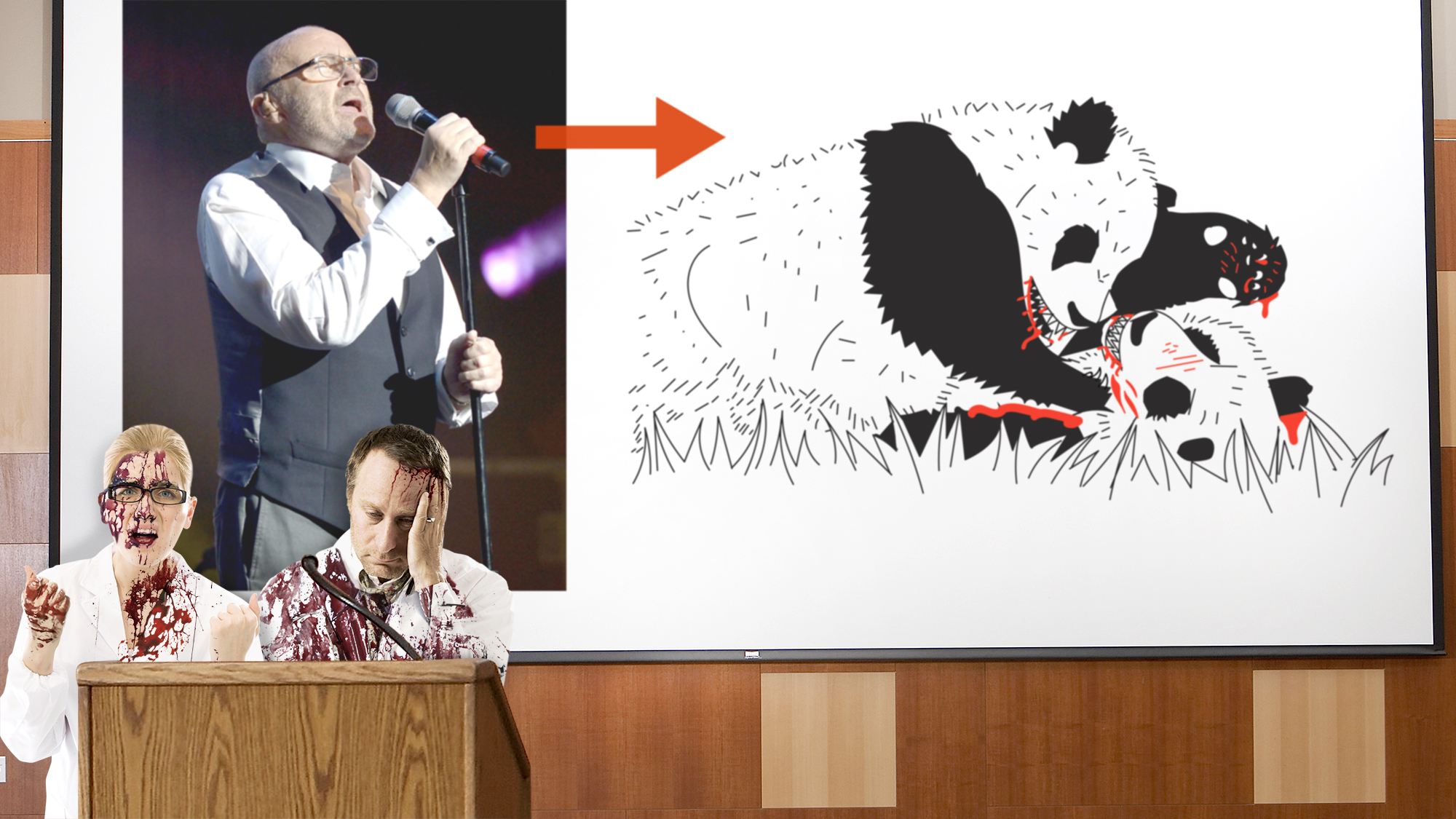 Here’s some exciting news from the animal kingdom that’s really changing our understanding of the natural world. After an eventful morning at Zoo Atlanta’s giant-panda enclosure, a team of weeping, blood-soaked researchers has announced that the music of Phil Collins makes pandas kill each other!

Wow! What an incredible revelation about one of the world’s most beloved animals.

The groundbreaking discovery was made earlier today when a team of five zoologists turned on a Phil Collins Pandora station to listen to while they checked the animals’ vitals and accidentally triggered almost 15 minutes of unhinged bloodletting amongst the four giant pandas currently living in captivity at Zoo Atlanta. At first, the scientists weren’t sure what had caused the peaceful mammals to suddenly commit brutal familicide, but when female panda Ya Lun attempted to crush her father’s skull in perfect synchronization with the big drum fill of Collins’ 1981 hit “In The Air Tonight,” everything started to make sense to the rattled researchers.

“Based on the images and sounds that now haunt me even when my eyes are open, I am able to confirm that the music of prolific singer-songwriter Phil Collins turns pandas into soulless demons whose most desperate desire is to annihilate their own species in shocking and frankly creative ways,” announced team lead Samuel Hawthorne, who was found wandering several feet from the panda enclosure covered in animal viscera. Hawthorne retired from the field of animal research shortly after making this historic statement.

So awesome! And that’s not all—according to reports cobbled together from the crazed mutterings of the rest of the research team, songs by Phil Collins’ band Genesis actually seemed to stimulate a more controlled murderous rage in the pandas, resulting in slower actions like tearing and squeezing, whereas the Tarzan soundtrack triggered complete and total dissociative homicidal madness. This just goes to show that no matter how far science has come, we are still learning new things every day about the world around us. We hope that Hawthorne’s team will be released from trauma care so they can keep blowing our minds for years to come!