Science FTW! Archaeologists Have Uncovered The Bones Of Princess Diana 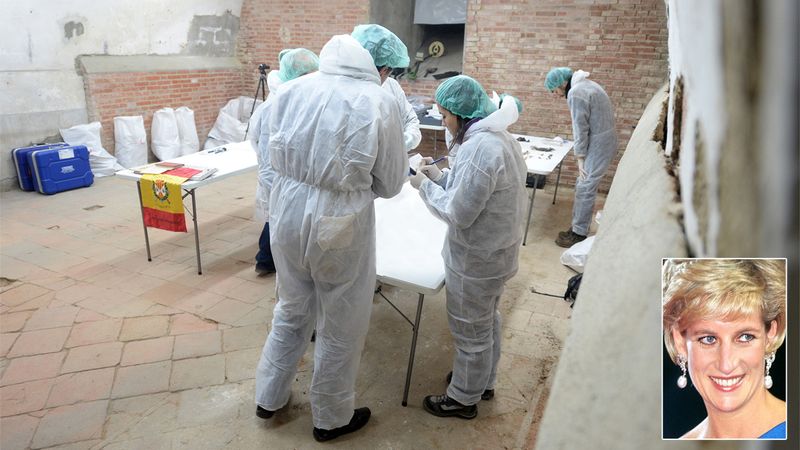 It’s an exciting day in the U.K., as a team of brilliant scientists has just made the discovery of a lifetime!

DNA tests have confirmed that human remains found buried at a quiet estate in Northamptonshire, England, are none other than those of the late Diana, Princess of Wales. Mitochondrial DNA extracted from a tooth and a femur conclusively matched genetic material provided by a distant cousin on Diana’s maternal side, signaling with 99.9 percent certainty that the bones indeed belong to Lady Di herself!

Additional evidence appears to corroborate historical accounts of the late princess’s life, with the remains fitting the storied description of a slender woman in her mid-to-late 30s, standing approximately 5 feet, 10 inches tall, with golden hair. Beyond that, radiocarbon dating revealed that the individual died in the late 1990s, consistent with accounts of the Princess of Wales’ death.

“We were extremely lucky to find the bones in such satisfactory condition, as they were buried beneath a very heavy and imposing marble structure,” said Edward Platzer, a geneticist at the University of Leicester who spearheaded the research. “Had the skeleton been positioned a couple meters further in any direction, it would’ve been crushed by the heavy stone slabs and lost forever.”

Scientists have only just scratched the surface of everything that can be learned from the deceased princess’s remains, leaving the door open to countless other discoveries that could potentially alter the narrative of history as we know it.

This really is another victory for science. Awesome!