‘Serial’ Fans, Get Ready: The Pie Smell That Lifted Bowe Bergdahl Up And Floated Him Away From His Post Will Finally Be Discussed In The Next Episode 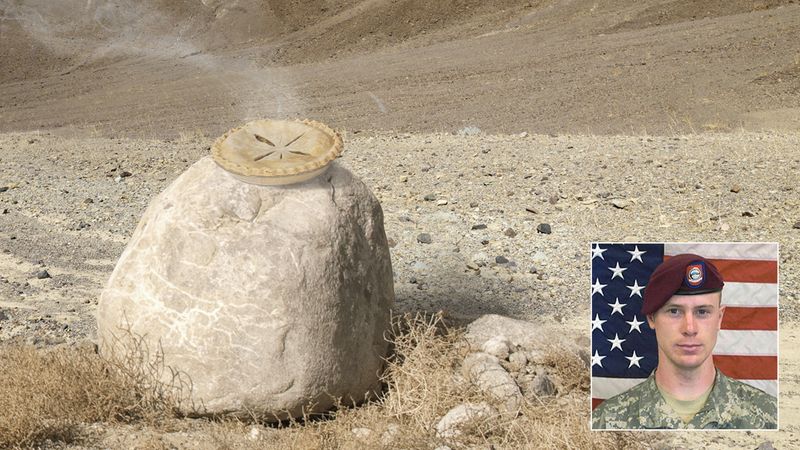 Serial junkies, you might want to sit down for this one.

Whether you’re a longtime fan or just a casual listener, we’ve got some pretty big news. The second season of Serial has had no shortage of surprises thus far, but in just a few days, we’re going to get our biggest one yet. That’s right: The next episode will finally discuss the pie smell that lifted Bowe Bergdahl into the air and floated him away from his military post, and it’s going to be a doozy.

Yeah, you read that right.

After over six weeks of waiting, host Sarah Koenig is finally going to investigate the long, snakelike trail of steam that floated Bergdahl all the way from his bunker toward a pie located in the Afghan desert. According to NPR, the 60-minute episode will dissect the smell’s every movement, including its journey from the pie to the base’s fence, and then to Bergdahl’s bed, where it ultimately formed into a finger, tapped him on the shoulder, and beckoned him to follow it.

Unfortunately, Koenig says, after the warm smell slithered into his nostrils, that’s where things start to get a little fuzzy. A teaser clip indicates that the vapor wrapped itself around Bergdahl’s head, turned his nose upward, and started lifting him slowly into the air. Then, as he floated headfirst toward the pie with his buttocks pointed upward, his limp body supposedly slipped past several unwitting guards, back over the barbed-wire fence, and into enemy territory.

Immediately after his disappearance, he was captured by the Taliban and held for nearly five years.

Needless to say, fans are hungry for answers:

Well, here’s what we do know: According to military sources, after Bergdahl went airborne, he floated over three miles off the base, licking his lips the entire time. At one point, the solider may have even put on a bib and pulled out a fork and knife in anticipation of his meal. Everything else? Looks like we’ll have to wait until Thursday to find out.

The pie smell episode of Serial will be available this Thursday. Until then, follow along with the hashtag #SerialPieSmell.