So Cool! Ellen DeGeneres Just Invited The Bear That Had Sex In That YouTube Video On Her Show 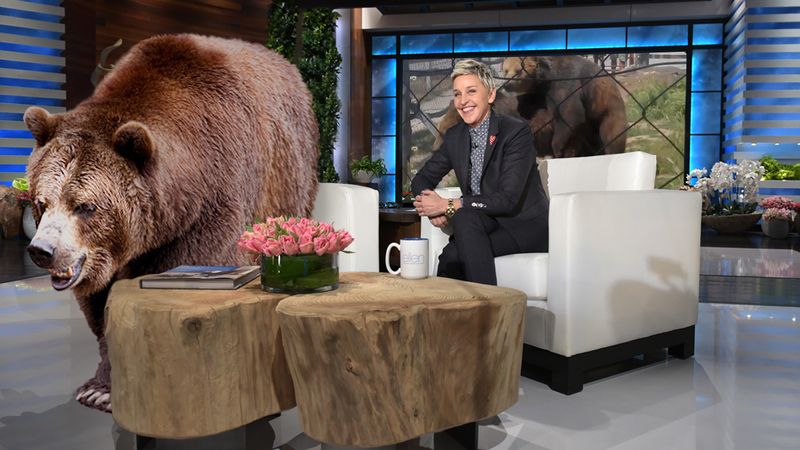 Okay, so Ellen has completely rocked it again. The daytime talk-show host is always landing the stars of the hottest internet videos, and this time she’s really outdone herself: She invited the bear from the viral YouTube video of the bears having sex to be on her show.

Anyone who’s been online in the past 72 hours has seen the video of the bears having sex everywhere, and Ellen moved lightning-quick to get the bear from the video on her show. And she did not disappoint.

Ellen kicked off the segment by playing a clip from the extraordinarily popular video of the bears having sex, then welcomed the 9-year-old American brown bear that had sex onto the set to raucous applause. The audience members began dancing and cheering as Ellen flung trout from a small tank near her chair into the jaws of the 1,300-pound bear.

After a few dozen fish, the bear that had sex did what everyone in the audience—and online—was waiting for: It started having sex, just like in the video.

Shut the internet down, because that’s not being topped!

Fans of the bear that had sex in the video immediately took to Twitter to voice their love of the show:

If that wasn’t enough, the bear that had sex gave audiences an additional delight when it lumbered into the fifth row and took a nap. The only video that might be more popular than the original video of the bears having sex is this clip from Ellen’s show!

Keep it up, Ellen!