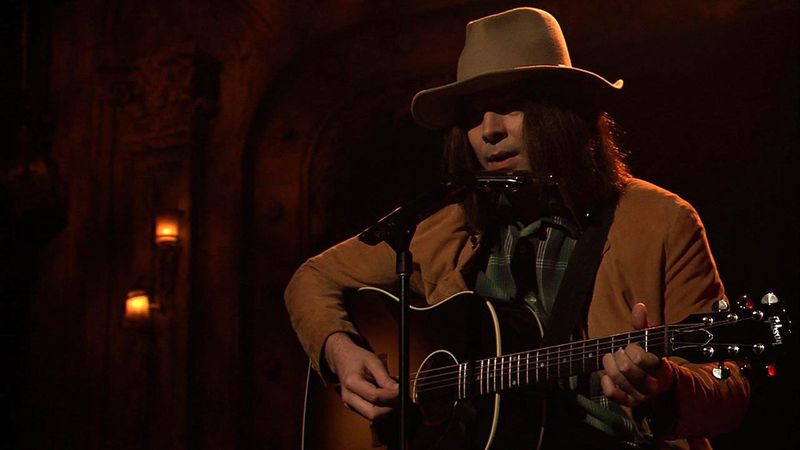 You already knew that Jimmy Fallon’s impersonations are spot-on, but last night he kicked it up a notch and pulled off something TRULY legendary: The Tonight Show host decked himself out as Neil Young and then had sex with the singer-songwriter’s wife.

And true to form, it could not have been more perfect.

Coming out dressed in a shaggy wig, wide-brimmed hat, and brown jacket, Fallon was a dead ringer for Young, down to the singer’s piercing stare. When Young’s wife was wheeled into Studio 6B on a heart-shaped bed (a sly nod to his hit “Heart Of Gold”), she was so blown away that it took her almost half a minute to stop laughing and finally disrobe.

While Fallon’s impression-duet with Young on “Old Man” back in February was great, last night’s show was legitimately spectacular! In true Neil Young style, Fallon plugged away for about five minutes of missionary sex in front of the raucous studio audience before finally getting Young’s wife to climax just before commercial.

For his part, the rock legend has been nothing but a good sport, tweeting praise for the bit this morning:

Does this beat Fallon’s epic duets with Justin Timberlake? Comment or tweet and let us know what you think!