Stanley Tucci’s Racist Tirade: Our Take If It Ever Happened 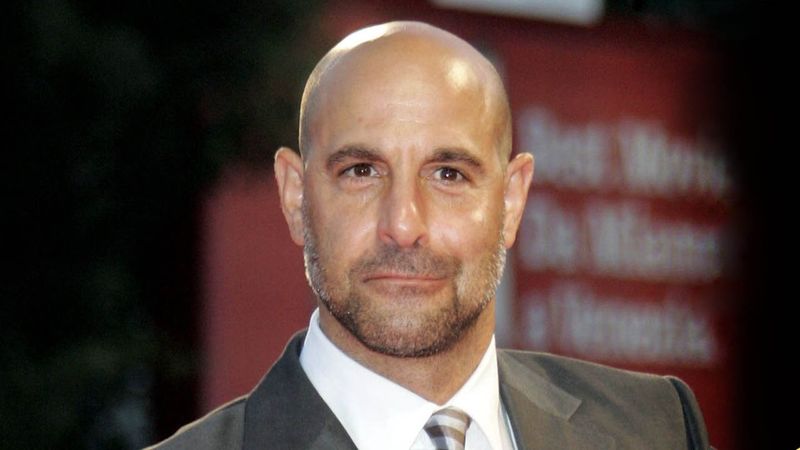 “There’s nothing to apologize for. I’m sick and tired of people pretending that there aren’t real, biological differences between us and them.”

– Not Stanley Tucci, an actor with no history of public racism

Stanley Tucci is an actor that everyone knows from somewhere. Younger fans recognize him instantly as Caesar Flickerman, the flamboyant host of The Hunger Games while their parents know him as one of the most respected character actors of their generation, popping up in everything from The Pelican Brief to his Academy Award-nominated turn in The Lovely Bones.

But if he was ever caught delivering a racist tirade like the one excerpted above? How would we, as Americans, react knowing that a beloved and gifted actor of Tucci’s caliber had a hidden dark side?

Just to dispel any confusion, Tucci hasn’t been caught in any racist tirade (yet). In fact, the Oscar- and BAFTA-nominated, Emmy Award-winning actor is actually on record working with charities ranging from the American Foundation for AIDS Research to the New York City Food Bank.

But if an intoxicated Stanley Tucci were to find his way in front of a paparazzi’s camera, perhaps while emerging from a nightclub, and lose his temper during a minor altercation with an African-American valet attendant, might he say something abominable that could end up tarnishing his entire career? It’s not impossible.

And if it happened, we’d be just as appalled as you. There’s no room for anyone, no matter how famous or respected for his acting talent, to theoretically behave that way in modern society. For god’s sake, it’s 2014 (or whatever year this might occur).

Surely, if Stanley Tucci did go on a 20-minute racist tirade and if there was someone there to record it, there would be celebrities jumping to the actor’s defense. No doubt Meryl Streep, Tucci’s costar in The Devil Wears Prada, would say that the vile rant was “an unfortunate mistake” and “totally uncharacteristic of the Stanley [she] knows and loves.” Assuming this sequence of events were to ever happen, we would respectfully ask Ms. Streep to remain silent until the public had all of the facts.

Of course we’d have a responsibility to verify the recording (assuming there was no video evidence) was real, but Tucci’s ubiquitous voice, equal parts bravado and pot-boiling frustration, would make it unmistakably him. He said it, and there’s no going back. In this scenario.

Perhaps most disturbing is that if this ever happened, we might decide that the details of the rant sounded far too specific to be an off-the-cuff remark. More likely, the tirade, which is again entirely hypothetical, would reveal a deep-seated hatred that Tucci has carried inside him all this time and managed to keep concealed.

“Until now,” we would probably add.