Stolen Valor: This Man On Tinder Looking For A Pam To His Jim Has Never Sold A Ream Of Paper In His Life 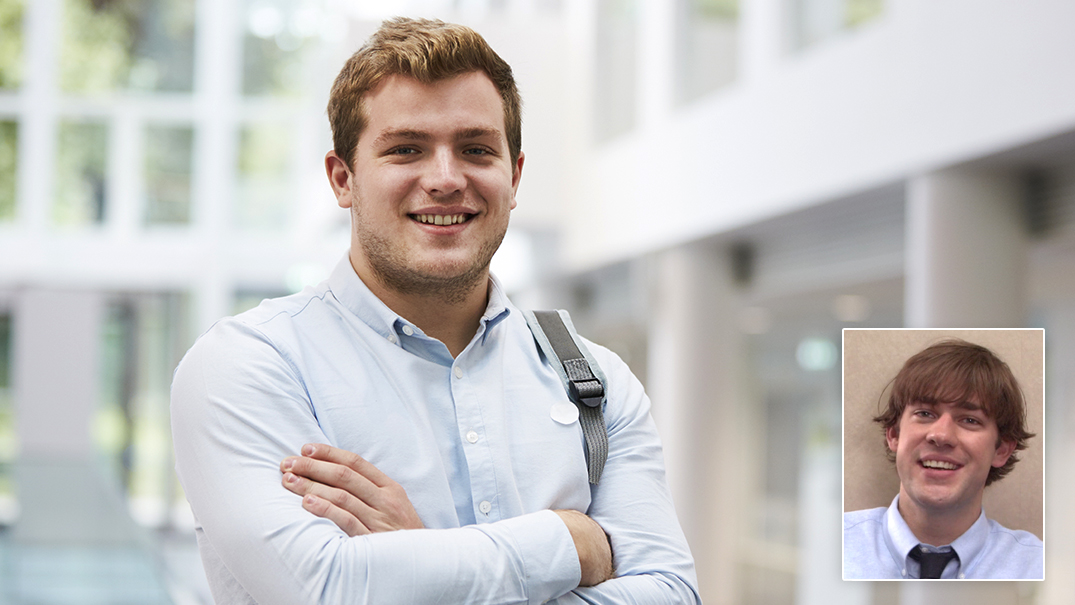 Get ready to become completely enraged, because it’s time to unmask a disgusting impostor who is trying to pass himself off as a much more honorable man than he truly is: This guy on Tinder looking for a Pam to his Jim has never sold a ream of paper in his life.

For shame! People who make false claims like these are truly the lowest of the low.

Twenty-eight-year-old Luke Wiley of Albany, NY probably thought that no one would discover the truth about him when he wrote in his Tinder bio, “Just a Jim looking for my Pam ;),” but we are here to reveal his dirty little secret: Luke is not a “Jim” at all, but is in fact just a faux Jim Halpert deviously using Jim’s hard-earned status as a regional paper salesman to pick up women. All it takes is a quick Google search to confirm that Luke is a social media manager at an energy drink startup, and yet on dating apps, he attempts to pass himself off as a star employee on the sales team at the Dunder Mifflin Scranton branch, all in an attempt to lure unsuspecting women into dating him by making them think he’s some kind of paper-selling stud who earns a competitive yearly salary plus commission. The startling reality behind this claim is that Luke has never sold so much as a ream of paper in his life.

Guess what, Luke? If you haven’t spent 40 hours a week, 50 weeks a year behind a desk cultivating clients in the greater Scranton area in order to sell bulk orders of office paper, then you have no right to call yourself “a Jim”. And the fact that you choose to hide behind Jim’s identity for social clout rather than admitting that you’ve never once set foot in the Dunder Mifflin Scranton offices, let alone the office of any mid-sized regional paper supplier in the northeastern United States, is proof of your cowardice.

It’s clear that Luke thought his clever little ploy would help him reel in an overly trusting paper company receptionist whom he could court and eventually marry, but Luke needs to face up to the fact that no self-respecting Pam would even look his way if she knew the truth—that he hasn’t worked a single day in the mid-Atlantic regional paper distribution game in his entire life. That Luke truly believes he can get away with a manipulative lie like this speaks to just how toxic our society has become.

Just despicable. Some people have absolutely no sense of decency. Jim busts his ass for the better part of his 20s selling paper at Dunder Mifflin, and this piece of garbage thinks he can just throw his name in his Tinder bio to get girls? Unbelievable. Hey Luke, just FYI, Pam left Roy for Jim because of Jim’s incredible prowess as a paper salesman, not because of something Jim glibly wrote on a dating app.

This kind of behavior is revolting but unfortunately not surprising in a sick society like ours. The lack of respect shown to Jim Halpert here is unconscionable, and Luke’s attempt to deceive totally innocent women who might be looking to date a Pennsylvania paper sales professional is nothing short of disgraceful. Newsflash, Luke: Pam would be better off with almost anyone other than a valor-stealing lowlife like you. Let’s hope you get this completely inappropriate bio off your Tinder profile, STAT.