Stream For Less: Netflix Is Releasing A Cheaper Plan Where Your View Is Obstructed By A Woman With A Big Hat 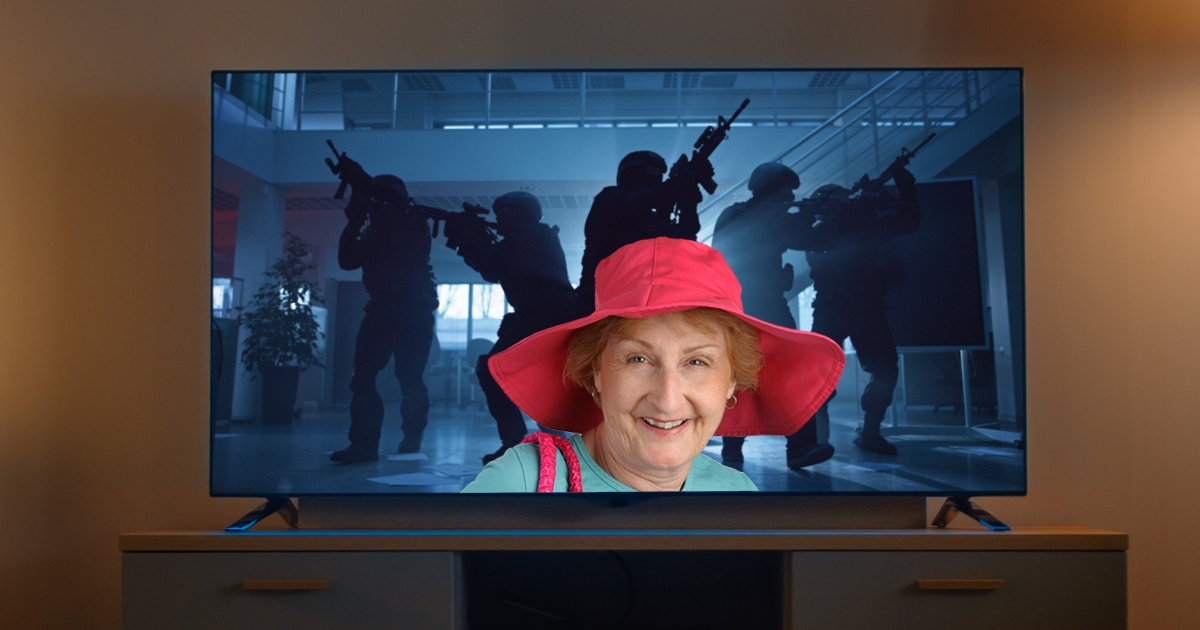 With so many streaming platforms on the market, things can definitely get a little pricey if you want a subscription to each one, but thankfully one of the biggest players in the industry is stepping up to make things a little easier on your wallet: Netflix is releasing a cheaper plan where your view is always obstructed by a woman with a big hat.

Awesome! It’s great to finally have a budget option.

Available today, Netflix’s new subscription plan will still give people access to all the same content, only now the view will be somewhat obscured by a woman in a large hat grinning at the bottom of the screen. While Netflix notes that at times the woman is going to shake her head so that her hat takes up even more of the screen, or audibly snack on some Buncha Crunches, at three dollars less than their basic $8.99 plan, this new cheaper option is a total steal.

“We’re thrilled to make our platform more accessible than ever with this affordable new option, which gives you everything you know and love about Netflix, but now there’s a lady there,” said Netflix in a press statement, adding that the lady is generally very likable. “The programming will remain commercial-free as always, and the only difference is that this lady will be on screen, smiling pleasantly and occasionally whisper-shouting things like, ‘What’s that guy’s name?’ followed by ‘Who?’ followed by ‘Oh, yes, that’s right, he was on King Of Queens. Love him.’”

This is definitely a game changer!

And if you’re wondering whether the woman will always wear the same hat or if she’ll sometimes wear a different hat, we have great news: Netflix has confirmed that in addition the red sun hat she’s wearing in the header image for this article, she’ll also sometimes switch it up and wear a 10-gallon cowboy hat if it’s a movie or show she particularly enjoys, such as Bridgerton or Mank.

Sweet! This is going to save a lot of people a whole lot of money. Your move, Hulu!