Sure, Okay: This 65-Year-Old High School Math Teacher Made A LinkedIn For Some Reason 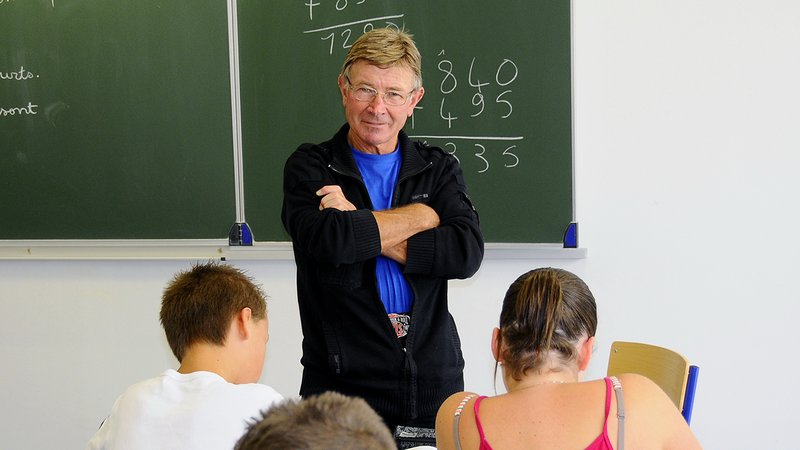 Stanley Murphy has been working at Glendale High School in Arizona for longer than most of his fellow teachers have even been alive. With four decades of experience under his belt and tenure in his back pocket, however, Murphy recently did something, well, a little strange: The 65-year-old math teacher just made a LinkedIn for some reason.

As of yesterday afternoon, the beloved high school calculus teacher had inexplicably created a public LinkedIn profile for himself that, apparently, he intended to use to change careers for the first time in his life. Below his profile picture, which was clearly just a very old yearbook photo, Murphy populated the page with information like his master’s degree from 1976, his 40 years of experience teaching at one Arizona public school, and then endorsed himself as “Microsoft Office proficient,” which…fine.

Whatever. Even though the 65-year-old has only ever had two jobs his entire life—his current position teaching math at Glendale High, and his previous position tutoring kids in math at Kumon—Murphy still apparently felt the need to try and connect with hundreds of former students, as if they could help him do anything else at this point. Assuming he doesn’t die on the job anytime soon, maybe he could do something other than teach for a year before inevitably retiring.

Well, good on Murphy for creating a LinkedIn when he’s almost certainly never going to have another job. Even though there’s no way this could possibly be helpful toward his career, hopefully he got a little bit of a kick out of it.