Taking A Stand: Congress Has Passed A Bill Making It Illegal To Sell Firearms To The Las Vegas Shooter 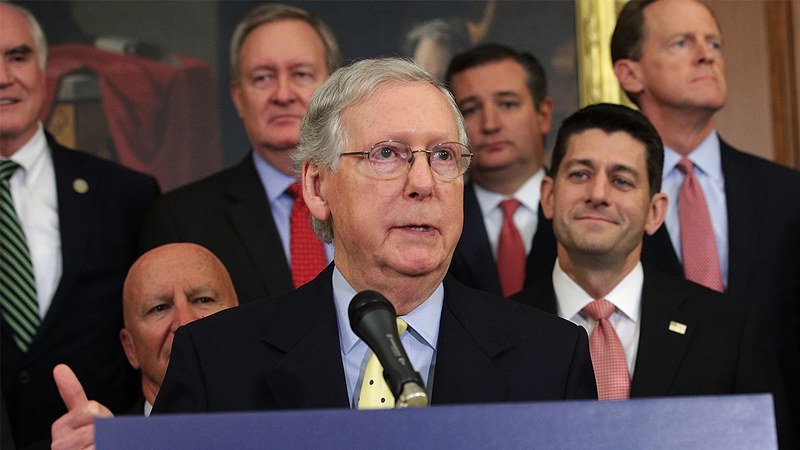 In the wake of the Las Vegas shooting, Congress has been under tremendous public pressure to act against gun violence in America. Today, they acted. Americans on both sides of the aisle can be proud of their congresspeople, who have taken a stand and passed a bill making it illegal to sell firearms to the Las Vegas shooter.

Take notice: This is what it looks like when government works.

H.R.1027, The Stephen Paddock Violence Prevention Act, was introduced last night by Democrat Tulsi Gabbard (HI-02) and Republican Trey Gowdy (SC-04), and rapidly passed the house with overwhelming bipartisan support. The bill itself is straightforward, common-sense legislation that strictly prohibits gun sales of any kind to Las Vegas shooter Stephen Paddock, preventing him from committing any mass shootings in the future. The text of the bill isn’t messing around, either, taking aim squarely at the massacre’s perpetrator without ambiguity or loopholes:

“It shall be unlawful for any licensed importer, licensed manufacturer, or licensed dealer to sell, deliver, or transfer a firearm to any individual who is Stephen Paddock, perpetrator of the Mandalay Bay Jason Aldean concert massacre on October 1, 2017.”

The bill goes on to highlight that this strongly worded new gun-safety law only applies to the Las Vegas shooter who murdered 59 people this past Sunday, and that all other people named Stephen Paddock are still eligible to purchase assault rifles.

While the bill has flown through the senate 94-6, the gun lobby is making one last push against it, hoping the president will veto it when it gets to his desk. The NRA released a statement this morning, insisting that the bill “tramples on Stephen Paddock’s inalienable Second Amendment rights,” and claiming that the $25,000 fine and up-to-five-year sentence for anyone who sells guns to Stephen Paddock is “big government tyranny in its highest form.” Clearly, though, if the NRA’s feathers are this ruffled, it means our representatives are doing something right.

Thank you, Congress. This kind of principled stand is exactly what a hurting nation needs right now.