The Final Straw: Trump Was Forced To Dissolve His Business Council After Twinkie The Kid Resigned In Protest 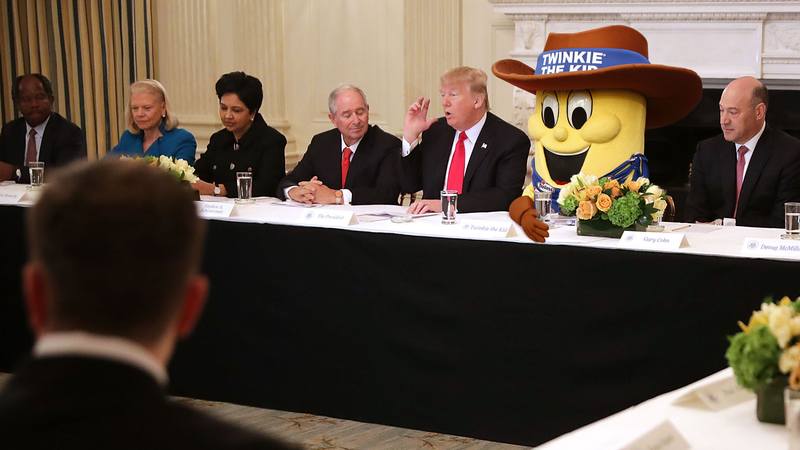 Over the past 48 hours, President Trump has seen a handful of CEOs leave his business advisory council over his Charlottesville remarks, but he maintained a strong stance that the group would be better off without them. Now, in the wake of a major departure, Trump has been forced to change course: The president has just dissolved his business council after Twinkie the Kid resigned in protest.

Wow. This is a huge blow to an already embattled president.

In a public statement, Twinkie the Kid claimed that his decision to remove himself from the council was a matter of personal conscience:

“In light of the president’s shameful response to the racist violence in Charlottesville, I can no longer continue representing Twinkies and the interests of Americans from within President Trump’s business cabinet,” read the statement. “I have always sought to wrangle great flavor and lasso a little bit of sweetness for all the buckaroos out there, and I feel I can no longer do that in good conscience with a president who openly supports white supremacists.”

Without the critical support of Twinkie the Kid, the Trump administration clearly saw the writing on the wall and rushed to scuttle the advisory council before the remaining business leaders followed the example set by the giant cream-filled sponge-cake cowboy.

While Twinkie the Kid should’ve protested Trump’s abhorrent behavior a long time ago, we’re glad to see him finally speak out and condemn the white supremacy being condoned by this presidency. It remains to be seen if Mr. The Kid will continue to use his stature to push for an end to white supremacy on a national scale, but he deserves credit for following his conscience.