The Golden Arches Have Fallen: The Intensive Plan McDonald’s Has For The Days After Ronald McDonald Dies 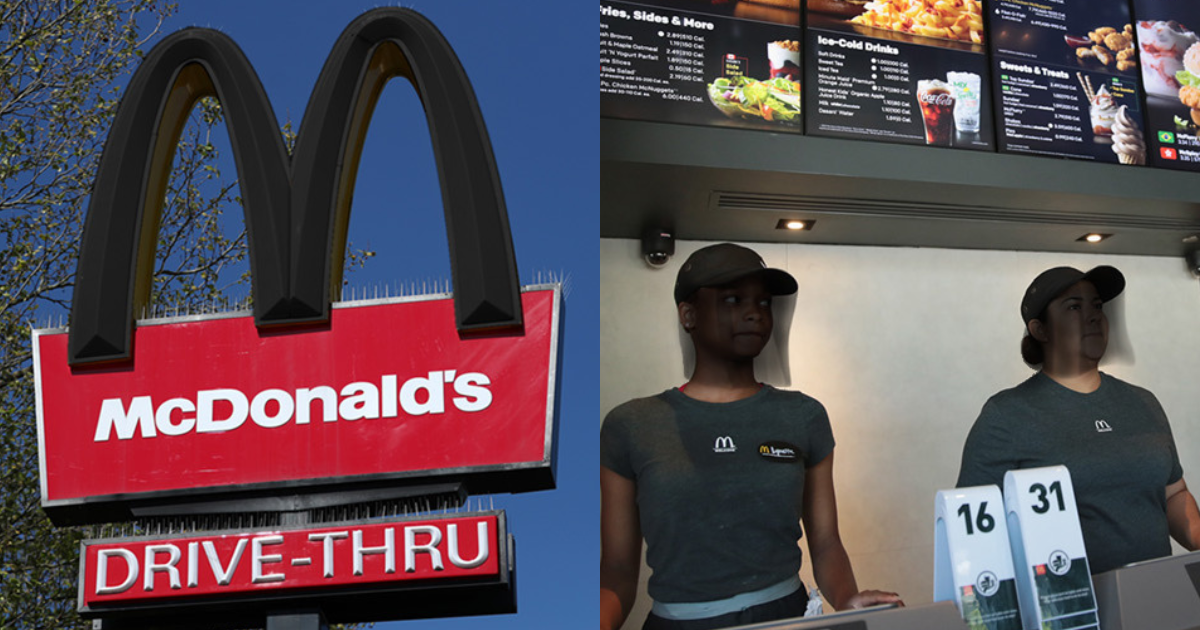 As the face of the world’s most successful fast food chain, Ronald McDonald’s stature within the McDonald’s Corporation, and American culture at large, needs no explanation. But what happens the day that Ronald passes away? The repercussions would be on a scale that’s difficult to fathom, which is exactly why McDonald’s has already taken great lengths to prepare for it: According to a leaked internal memo circulated throughout McDonald’s employee network, the company has a meticulously detailed action plan for Ronald’s death, with pre-arranged responses and protocols accounting for every step of the process.

Here’s a look at the intensive plans McDonald’s has put in place for the days after Ronald McDonald dies. 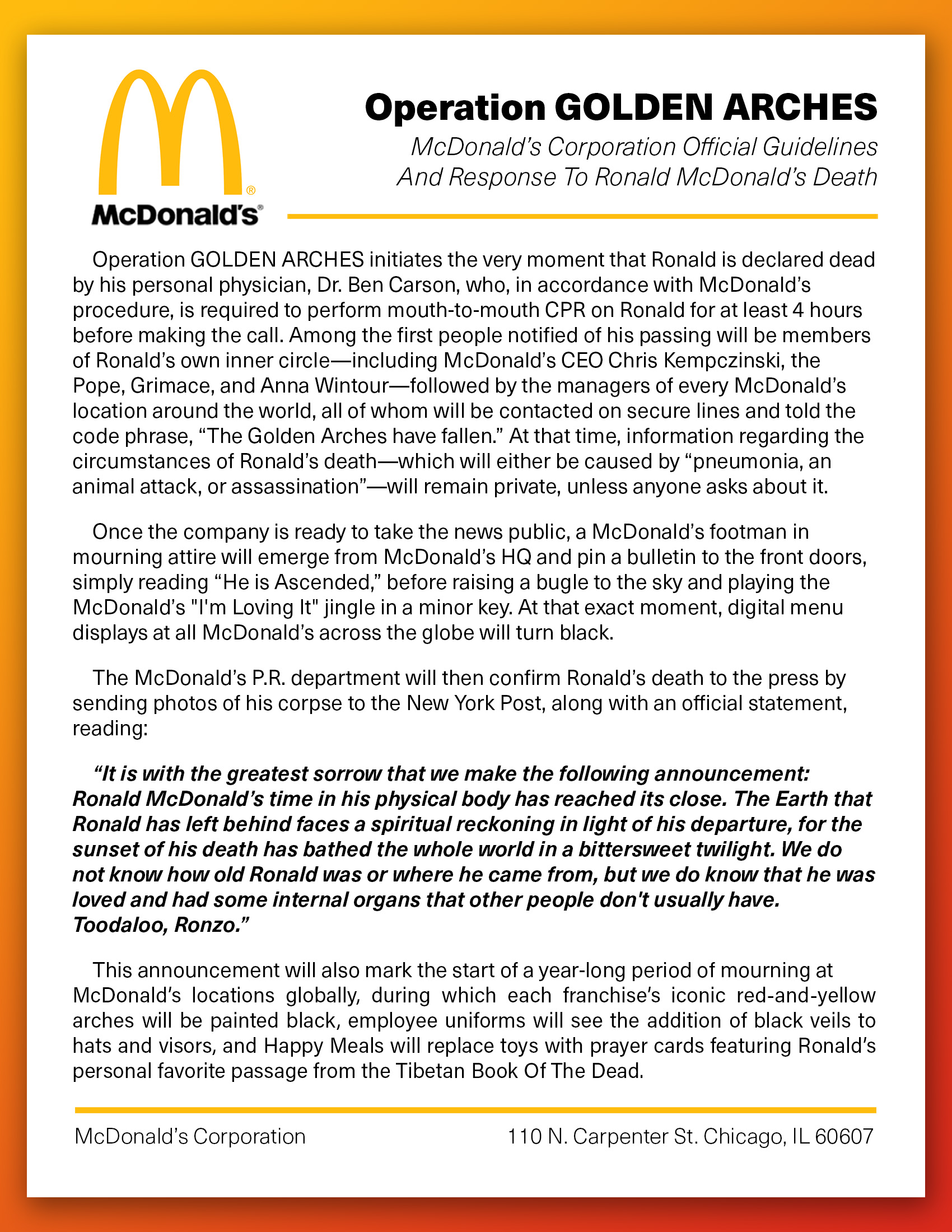 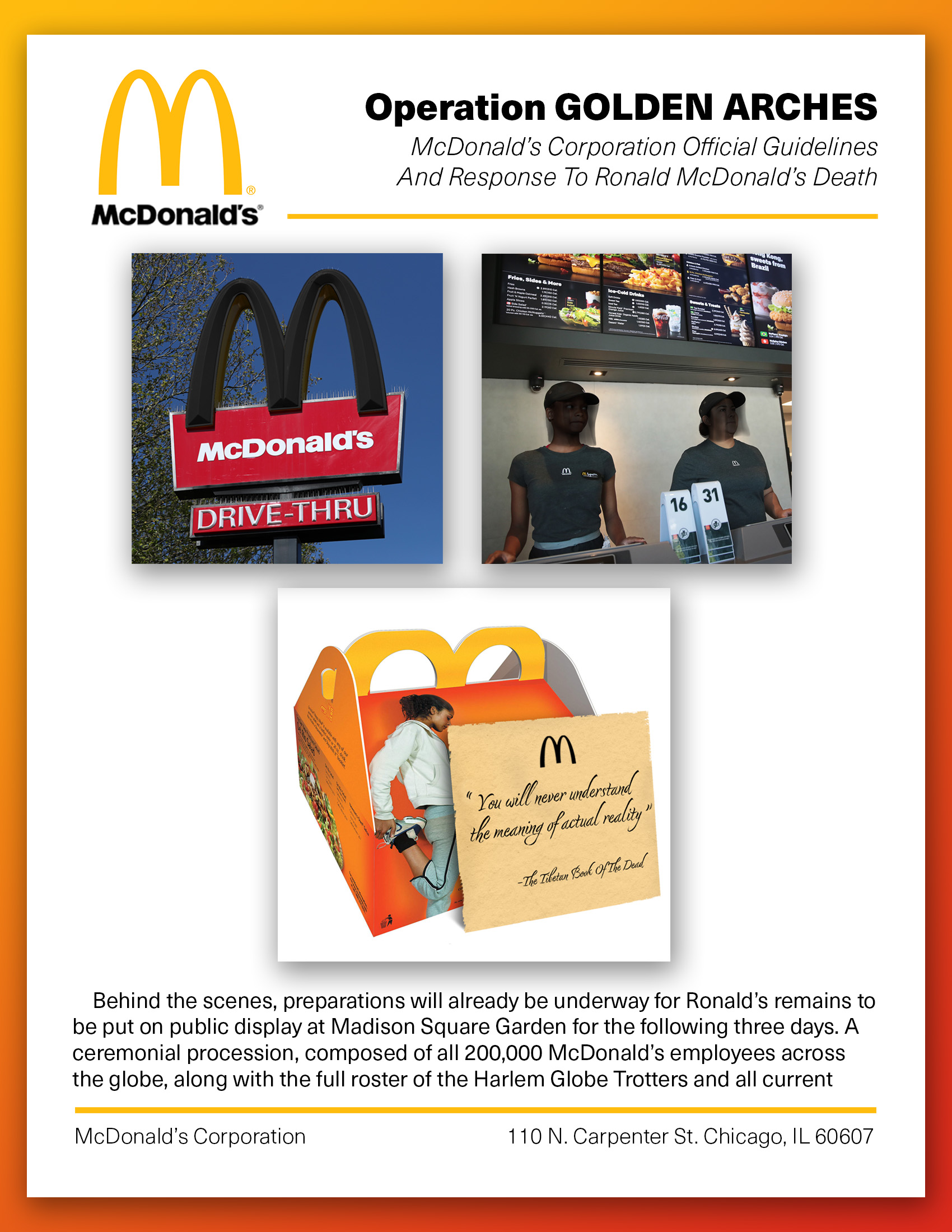 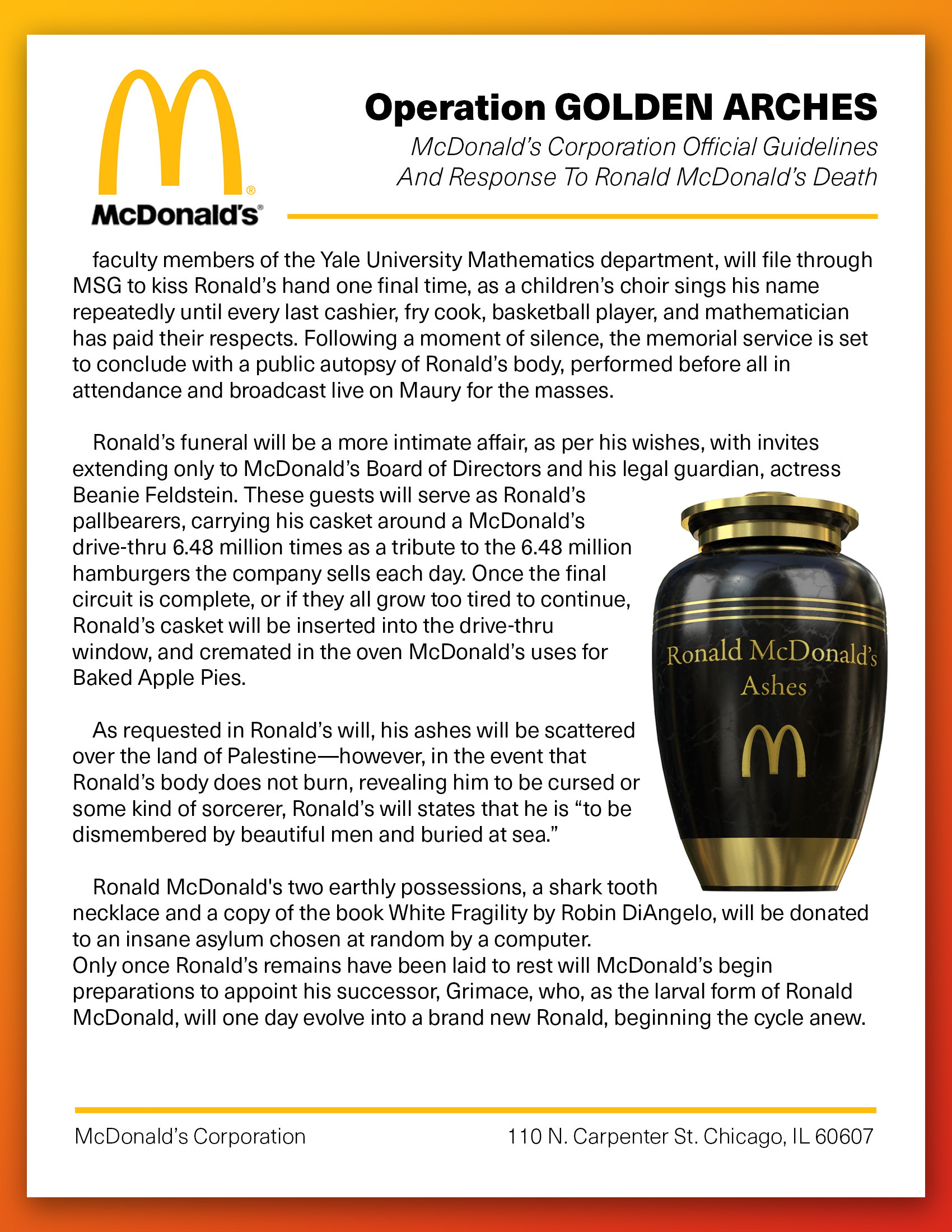 Wow. As tragic as Ronald’s death will be, it looks like McDonald’s is more than prepared for this sad eventuality. The day that Ronald passes away will mark the end of an era, so it’s no wonder they plan to pull out all the stops to honor his legacy. Ronald absolutely deserves a send-off on a scale like this, and without a doubt, he won’t soon be forgotten when he does die.