The Kids At School Bullied Him Just For Being Different. So He Changed. 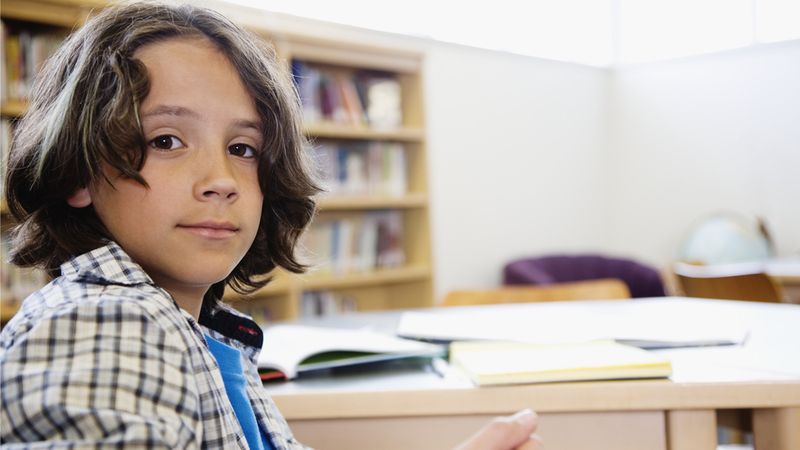 For a long time, middle school was not easy for 12-year-old Alex Lambert. He didn’t fit in with the other boys in his class, which made him a target for constant bullying and ridicule. Every day, Alex was afraid to go to school because he knew his classmates would torment him just for being different.

After months of harassment, Alex decided that enough was enough, and that it was time to make sure that he never got bullied again. So, he did something incredibly brave: He completely changed everything about himself to stop being bullied.

Alex’s courageous stand against bullying was a complete success. He says that, ever since he entirely altered the fundamental aspects of his identity that were making him the target of abuse, the kids at school don’t pick on him nearly as much as they used to.

“I used to love listening to One Direction and Taylor Swift, but then everyone laughed at me because that’s music for girls. So, I stopped listening to that music,” said Alex, who maintains he now only listens to the normal boy music the rest of his male classmates listen to. “I also asked my mom to buy me a lot of new clothes, because the other kids would push me in the hallway, and I think it was because of the way I dressed.”

As if these brave steps to combat bullying weren’t enough, Alex has also stopped reading comic books, because being seen with them would usually result in a barrage of ridicule and derision, and he has started wearing basketball jerseys to school to give his classmates the impression that he’s interested in the same things that they are.

One story in particular perfectly sums up Alex’s inspiring campaign against bullying:

Since that day, Alex, who now goes straight home after school, has not been called any hurtful names. Looks like this kid definitely knows how to put a stop to mistreatment and injustice!

Sometimes all it takes is one brave little boy to completely restore your faith in humanity. Alex, thank you for your courageous stand against bullying. It’s always nice to hear a story with a happy ending!