The Master At Her Canvas: Mom Just Brought In A Pretty Average-Looking Rock From The Woods That She Says She Will Use In A ‘Project’ 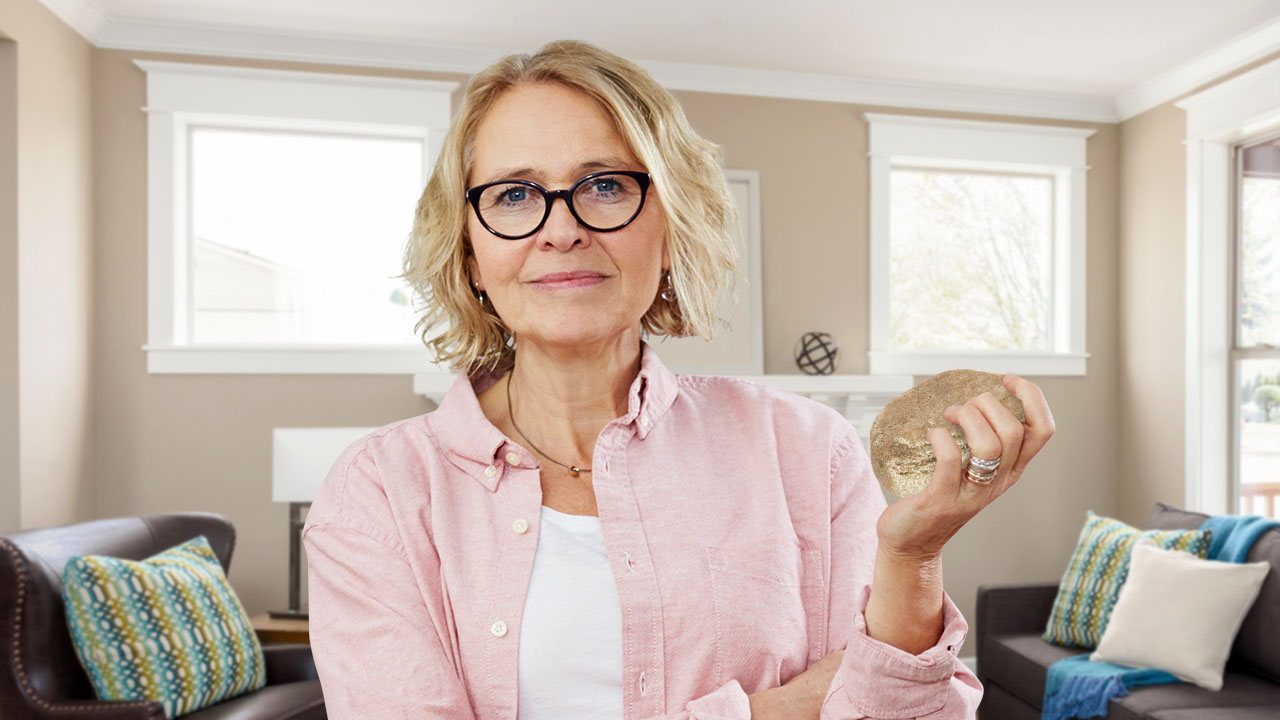 It seems like Mom once again has some sort of art thing in the works, and it’s anyone’s guess where her creative instincts will take her this time: Mom just brought in a pretty average-looking rock from the woods that she says she will use in a “project.”

No doubt about it, Mom’s got some big plans for this completely unremarkable rock.

Earlier this afternoon, Mom came back from her post-lunch walk around the woods bearing a gray, roughly grapefruit-sized rock that she says “called out to her” to be a part of some little arts-and-crafts project that we’re honestly still trying to figure out. There are actually some pretty interesting rocks around here with flecks of mica in them or even quartz, but the one Mom picked out doesn’t have any of that and it isn’t a particularly unique shape either. At best, it seems like the kind of rock you’d use in a fire pit or to weigh something down.

Despite the rock’s utter lack of distinguishing characteristics, Mom went to the trouble of putting a Post-it note on it that says “DO NOT TOUCH—SAVE FOR MOM” before going to take a nap, as if we’re all champing at the bit to steal her run-of-the-mill rock for ourselves. Her project definitely seems to somehow hinge on using this rock in particular, but unless she’s envisioning something that’s intentionally boring and unexceptional, it’s hard to understand why.

Perhaps she thinks it has some sort of rustic charm or something. Who knows.

Mom’s already laid out her hot glue gun and some nice white birch branches that she found last week, so it’s very possible that we’re looking at a new centerpiece for the dining room table, or maybe some kind of objet d’art for the front hallway. She’s been leaning heavily into seasonal decorations ever since she started using Pinterest, though nothing about the rock seems explicitly summery in the way that her gourd-accented pinecone wreath was very specifically autumnal. Her and Dad’s 35th is just a few weeks away and it would actually be very sweet if this rock project had something to do with that, but the picture frame bordered with seashells from the beach Dad proposed at seems like such an obvious lock for her anniversary-related project that it all but rules it out for this rock thing.

Hmm. There’s just no telling where Mom’s going to go with this nondescript rock she brought back from the woods. But whatever it is she’s going for, it’s honestly just nice to see her so excited about something. You do you, Mom!