The Race Is Over: This Man Who Pointed A Leaf Blower Downward At Full Blast Has Beaten NASA And SpaceX To Mars 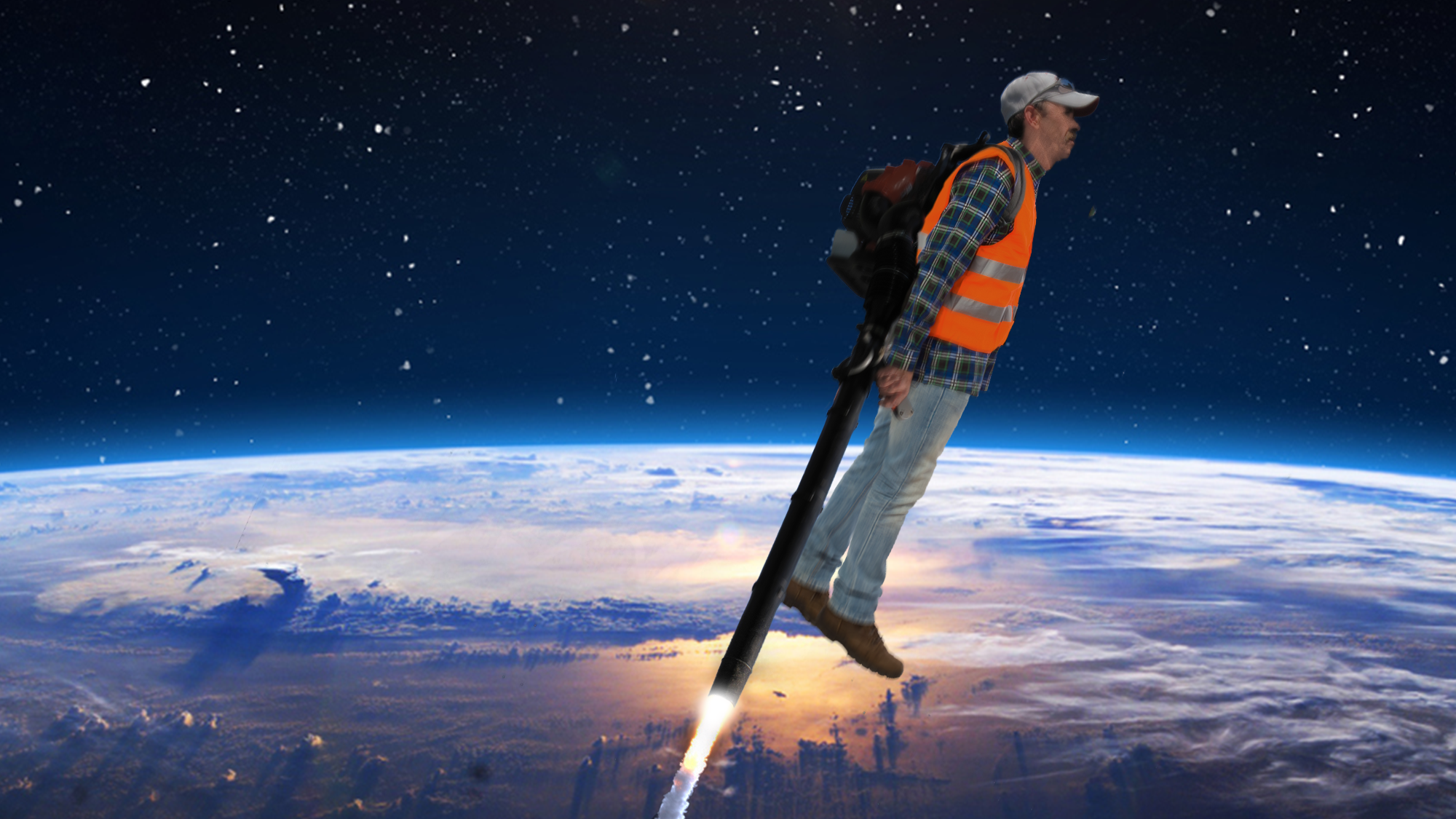 The competition between space agencies to successfully land a person on Mars has been heating up over the past few years, but it looks like the race has finally found a winner: this man who pointed a leaf blower downward at full blast has beaten NASA and SpaceX to Mars.

Wow! The race to Mars is officially over!

As confirmed by footage from NASA’s Curiosity rover, Reggie Lindahl, a 46-year-old resident of Utica, New York, just officially became the first person to land on Mars. Neighbors of Lindahl confirmed that he was cleaning some leaves off his driveway yesterday afternoon when he accidentally pointed his Dewalt handheld leaf blower straight at the ground and was immediately rocketed up into the sky. Although Reggie seemed surprised by his sudden takeoff, at first screaming “Help!” as he flailed helplessly through the air, once he passed the tree line he actually seemed to be enjoying himself, shouting “Woo! I can fly! Let’s take this thing to space, baby!” before cranking up the power on the leaf blower and aiming himself towards the cosmos.

Local air traffic control became aware of the situation after Lindahl crossed into regulation airspace, and they then alerted NASA to the rogue astronaut’s presence just in time for researchers on the International Space Station to look out the window and see him soaring past with a big smile on his face, yelling “I’M FLYING THROUGH OUTER SPACE! I’M A FUCKING GOD!” At this point, sources confirm that officials at both NASA and SpaceX began to worry that Lindahl might beat them to the Red Planet, which is exactly what he did earlier today. Footage taken by the Curiosity rover shows Lindahl wildly crash-landing on Mars this morning at 6:31 EST, after which he staggered to his feet, looked around confusedly, and shouted, “Where the heck am I? The freaking moon?” He then pumped his fists in celebration and cried out “Reggie’s on the moon, baby!” before joyously pounding back the contents of a flask he’d produced from the back pocket of his blue jeans.

Wow! History has been made, and it’s all thanks to the leaf blower Lindahl bought from Home Depot at a 70 percent discount three Black Fridays ago.

To commemorate his feat, Lindahl gathered several armfuls of rocks to spell out “REGGIE RULES” in the dirt. He then decided to take advantage of the low gravity and hop in and out of craters for a while, yelling “Look at me! I’m a freakin’ NBA player!” over and over until he eventually landed awkwardly and twisted his ankle, at which point he writhed on the ground in pain for several minutes before getting tuckered out and falling asleep.

The news of Lindahl’s landing comes as a huge blow to NASA and SpaceX, who both had invested incredible sums of money into the race to send the first manned mission to Mars. While there’s no word yet on whether these space agencies will move forward with their Mars missions or pivot to different pursuits, it’s safe to say that Lindahl has definitely thrown a wrench into their plans.

At press time, Lindahl had yet to start up his leaf blower again to begin the long journey back to Earth, but once he returns, there’s no question he’ll receive a hero’s welcome for pulling off such a historic feat. Safe travels, Reggie! Your Mars adventure was a monumental achievement for mankind and an inspiration to billions of people back here on Earth.