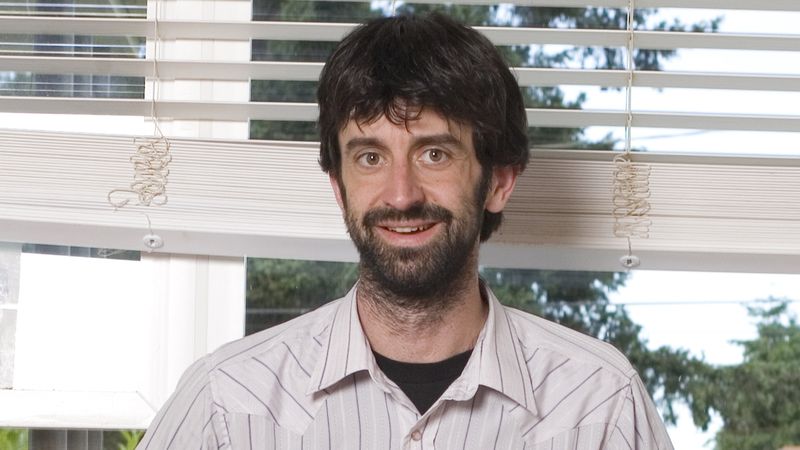 It’s no secret that the Star Wars movies have some—to put it mildly—overzealous fans, but we honestly think that this guy might have taken it to the next level. Meet 28-year-old fanboy Mark Weesen, who’s so crazy about Star Wars that he plans to see the latest edition of the series in theaters—sometime during the first weekend it comes out!

Yep, The Force is definitely strong with this one.

Through and through, Weesen is definitely the ultimate Star Wars fan. Not only has he seen all six movies at least once, he even owns several editions of the series on DVD! Now, he says he’ll most likely BUY A $10 TICKET and see the newest sequel IN THEATERS.

“Yeah, I’ll probably see it,” said Weesen, whose fanatical eagerness to see The Force Awakens extends to watching the trailer on YouTube more than a YEAR in advance of the film’s release. “It looks like it’ll be fun.”

With an unparalleled knowledge of Star Wars trivia, Weesen can rattle off the names of major characters like Darth Vader, Han Solo, and Boba Fett without a moment’s hesitation. Not only that, but this superfan also knows several pieces of behind-the-scenes trivia, including the name of the guy who created the series!

Apparently, Weesen’s obsession with the Star Wars films goes all the way back to his boyhood, when he would occasionally play with an X-wing Lego set that his aunt bought him and once even owned a folder with the Millennium Falcon on it. His devotion has only grown since, to the point that, when he was in college, he bought a used copy of Star Wars: Battlefront at Blockbuster, which he played numerous times on his Playstation 2.

Do you know a bigger Star Wars fanboy than Mark Weesen? We’re not saying it’s impossible, but you’d probably only find one in a galaxy far, far away!