This Tortoise Is 182 Years Old. So Why Hasn’t He Stopped History’s Greatest Atrocities? 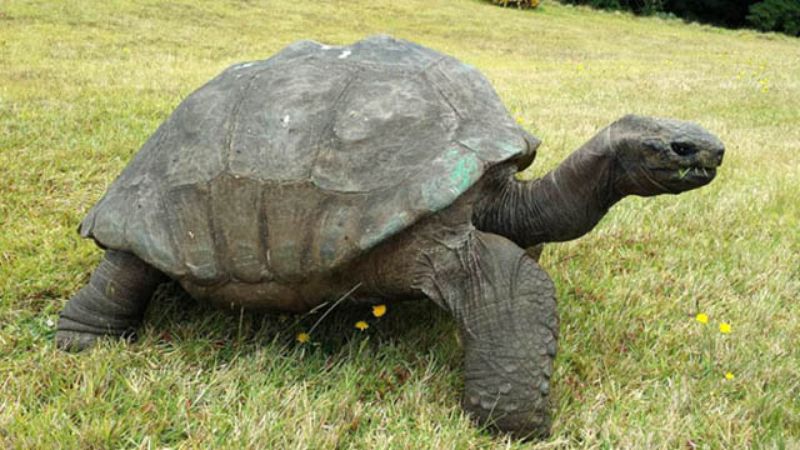 What would you do with 180 years of life? Would you become an ambassador, working for peace? Would you devote yourself to science, developing new technologies to combat disease and hunger? Would you perhaps found a charity dedicated to preventing rights abuses?

Or would you do nothing?

That’s what Jonathan, a 182-year-old Seychelles giant tortoise, has done his entire life.

Born in 1832 in the Seychelles, Jonathan sure has seen a lot over the years. From the Holodomor of 1932-1933, to South African apartheid rule, to the rampant sectarian violence in today’s Middle East, this humble tortoise has borne witness to some of the most horrific events in history. And he has turned a blind eye.

Consider this: When the oldest living human—116-year-old Misao Okawa of Japan—was born, Jonathan was already nearly 70 years old. He’d already witnessed the tail end of American slavery, the height of British imperialism, and the brutal working conditions under early industrialization.

His response? Callous indifference. With the world falling apart around him, Jonathan lounged around in grasslands and munched idly on leaves.

Jonathan turned 100 in 1932! You’d have thought that by the time World War II ended in 1945, more than a century of horrors would have jarred this scoundrel into action, or, at the very least, into advocacy for humanitarian causes, but as he has grown older and his celebrity has increased, Jonathan has repeatedly failed—though perhaps neglected is the more appropriate word—to wield his influence in the name of progress.

The Taiping Rebellion. Vietnam. Two world wars. The unconscionable brutality of such travesties should have been obvious to any even half-aware political observer, let alone one with Jonathan’s decades upon decades of knowledge and experience.

As Joseph Stalin, Kim Il-sung, and Pol Pot have risen to power and murdered innocents by the millions without so much as a gesture at an attempt at intervention from Jonathan, we have seen that the callous indifference of this creature—this monster—knows no bounds.

The world’s oldest living reptile, yes, but far from the most compassionate, or the most worthy of our respect.