Time To Panic: Aiden Did His Book Report Super Fast And Now One Of Us Has To Go Before Class Ends 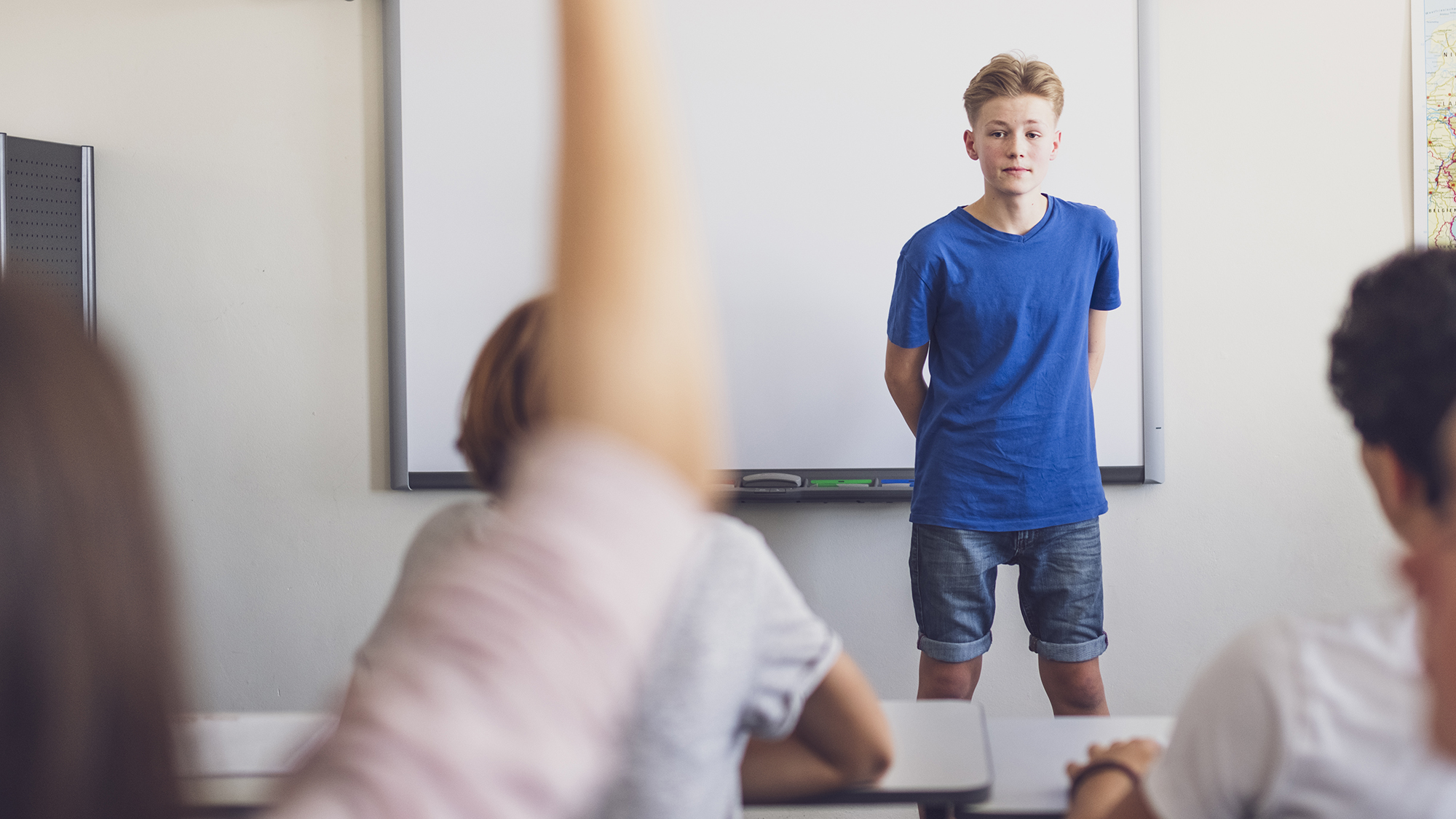 It’s officially time to freak out, because Aiden just seriously boned our entire English class: He did his book report super fast, and now one of us has to go before class ends.

The class rubric said that the book reports were supposed to be at least five minutes long, so who knows what was going through Aiden’s head when he breezed through his in 30 seconds, but now there’s enough time left in the period that someone else definitely has to present. Mrs. Schrader already asked if there were any volunteers who wanted to go, but all the overachieving kids already went at the beginning, so for sure no one is going to raise their hand right now. It’s only a matter of time before she just picks someone at random.

Everyone was 100 percent banking on going tomorrow. Does Aiden even know how badly he just screwed us over?

Erica was smart enough to grab the hall pass right away and go to the bathroom before Mrs. Schrader called on someone, but the rest of us are freaking out. Everyone’s frantically going through their folders, because we’re supposed to only look at our notes a few times while we’re up there and there’s no way most people even have their theme statements memorized. Honestly, some people probably aren’t even done with their books yet, and now someone has to present on the fly.

What was Aiden thinking? He was doing a report on The Hobbit, which is, like, 400 pages long. How did he only milk two index cards out of it? Even if he only read the SparkNotes, he could have given some quick background on the main characters and not left us out to dry. We thought he’d at least pad out the time by asking the class for questions, which we totally would have gone along with. But nope, he just mumbled for a bit then said, “In conclusion, the wizard doesn’t die,” and that was it, with a full seven minutes left of class. He didn’t even say who the author was.

Every kid in class is panicking, except for the kiss-asses who already went and are gleefully watching the rest of us squirm. Whoever has to present is definitely going to take a major hit on this 50-point grade, and right at the end of the year, too.

Thanks, Aiden. You really fucked us over on this one.