Troubling Statistic: A Study Has Revealed 15,000 American Sex Ed Teachers Die Every Year By Accidentally Getting Their Head Stuck In A Condom And Suffocating While Trying To Teach Kids How To Put Them On A Banana 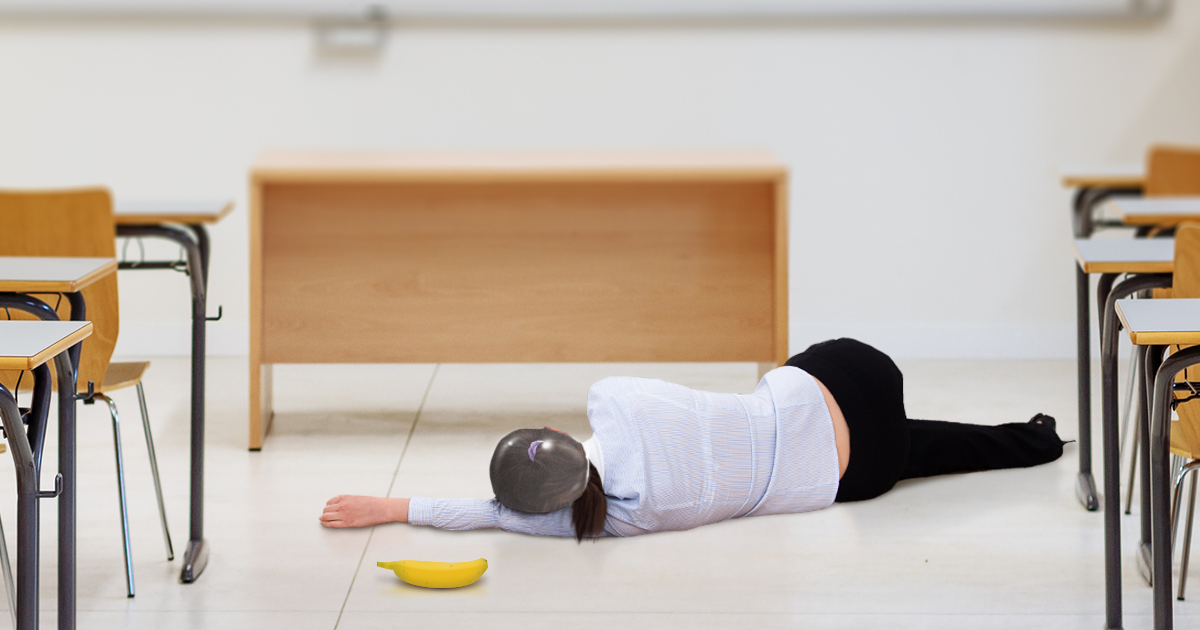 A years-long research effort has just uncovered a disturbing truth about America’s education system that may be causing significant harm to our nation’s children: A new study has revealed that over 15,000 American sex education teachers die each year by accidentally getting their head stuck in a condom and suffocating while trying to teach kids how to put them on a banana.

This is deeply troubling. American schools must do better!

According to the study, which was conducted by public policy experts at Princeton University in conjunction with ProPublica, there are an alarming number of instances every single day in the U.S. where schoolchildren are stuck watching helplessly as their sex ed teacher flops around on the floor with a condom over their head and slowly asphyxiates. The study found that while typically the teachers just get their head stuck in the condom, they sometimes get their arms and legs caught in there as well. In fact, in nearly 20 percent of all condom-related sex ed deaths, the teachers somehow managed to get their entire body stuck inside the condom in the course of attempting to show their students how to slip the prophylactic over the tip of a banana.

“While putting a condom on a banana remains an integral part of the American sex education curriculum, many of these lessons quickly devolve into a waking nightmare as the teacher accidentally traps themselves in a cocoon of latex and dies thrashing around on the floor in the most humiliating fashion possible,” said lead researcher Dr. Tatiana Cruz. “It is also incredibly traumatic for the students who are forced to watch their teachers suffocate inside a condom, especially since the responsibility often falls on them to drag the dead teacher’s body into the parking lot and cover it with leaves so that it doesn’t decompose in the classroom.”

“As a consequence of all this, we have millions of students growing up without learning safe sexual practices, with many of them negatively associating the use of contraceptives with turning blue and suffocating to death—a dangerous mentality that leaves countless teenagers woefully underprepared to engage in responsible sexual activity,” she added.

The study also found that, prior to getting their heads stuck inside the condom, over 50 percent of sex ed teachers either say, “This is how you put a Fuck Hat on a long yellow fruit,” or “Pretend this delicious yellow tube is a human ding-dong. Now you must imprison it inside of a dangerous garbage bag called a ‘condom.’” The researchers have postulated that these types of statements are indicative of a widespread misunderstanding among sex education teachers of what condoms actually are and how they work, which may help explain why 15,000 of them end up suffocating inside one every single year.

Clearly, this study should serve as a major wakeup call that there needs to be serious change in our nation’s health classes. When taught in an effective and fact-based manner, sex ed has the potential to save lives of not only students, but also the educators tasked with teaching responsible sexual behaviors. It’s time for policymakers to take action and implement new protections to make sure that fewer sex ed teachers end up suffocating with their head stuck inside a condom!