Truly Depressing: This Elderly 36-Year-Old Man Is Babbling Incoherently About Something Called ‘My Bloody Valentine’ 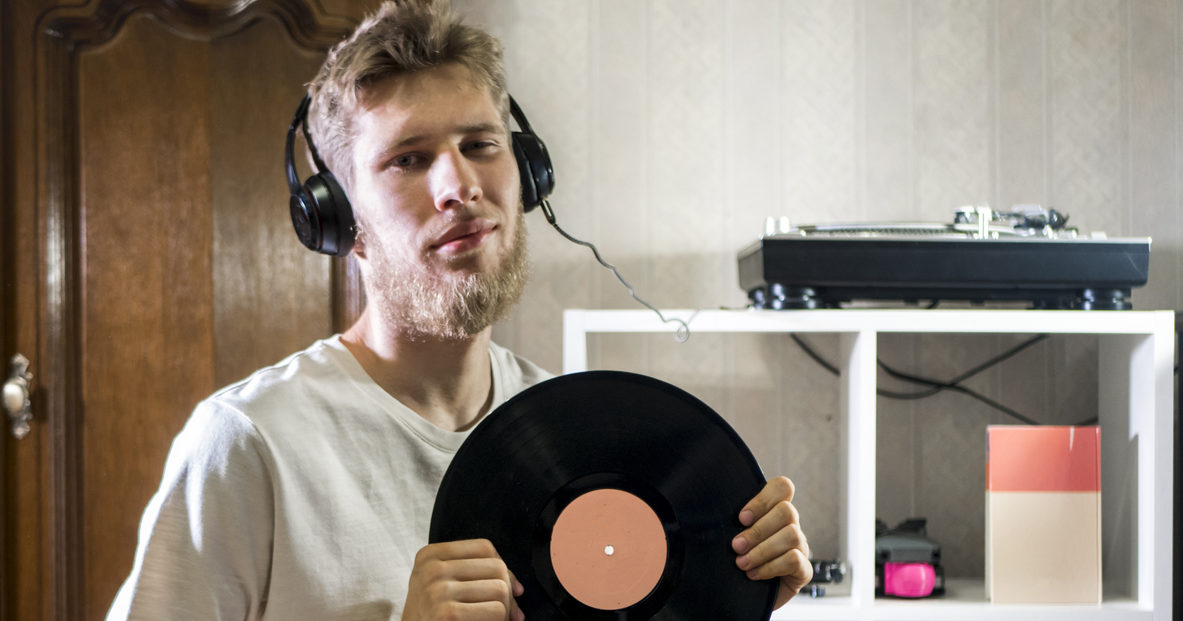 Grab a box of tissues and get ready to cry, because this is definitely the most heartbreaking story you’re going to read all day: This elderly 36-year-old man is babbling incoherently about something called “My Bloody Valentine.”

God, this is so depressing. It’s always so devastating to watch as someone’s mental faculties start failing them in their twilight years.

A few days ago, 36-year-old senior citizen Steven Kane was listening to music on his ancient record-playing contraption when he looked up and said, “For my money, the emotive balance between drone and melody that My Bloody Valentine achieved in the early ‘90s is the most innovative development in guitar-based rock of the past 30 years.” Everyone within earshot immediately became extremely concerned, since this was a very worrying string of word salad with almost no discernible meaning, seemingly pieced together from random unrelated terms floating around in his fading memory.

After carrying on an extremely belabored conversation with Steven in which the clearly disoriented 36-year-old muttered meaningless, grammar-defying phrases like, “to here knows when,” and “several girls galore,” his family members were eventually able to determine that My Bloody Valentine was some kind of musical group. They then listened to some My Bloody Valentine recordings to try to grasp what their elderly relative was talking about, but the sound quality was so distorted and degraded that it was basically just an indecipherable burst of white noise, totally devoid of the catchy melodies and relatable lyrics that typically define what people of sound mind consider music. The so-called songs had some bizarre approximation of singing in them, but it was undeniably disturbing—like the tortured moans of a nauseous ghost—and mostly washed out by the deafening instrumentals. Yet even though the music was utterly unlistenable, Steven just sat there smiling and bobbing his head to the songs as if they were normal radio hits. It was an upsetting sight to behold, and it made his 12-year-old cousin cry.

In the days since this first troubling display of senility, Steven has continued to babble incomprehensibly about whatever My Bloody Valentine is, which family members now suspect might be some fantastical genre of music born of his fractured imagination. While no one can ever be quite sure what he’s saying, it’s pretty clear from the way he tosses out gibberish phrases like “enigmatic shoegaze vanguards” and “the authentic version of Soon is on the Glider EP” that his decrepit 36-year-old mind is no longer lucid.

Steven’s obvious dementia has taken a huge emotional toll on pretty much everyone in his life. “Out of pity, I asked Steven if he could tell me more about whatever the fuck ‘My Bloody Valentine’ is,” said Molly Ryan, a friend and coworker of Steven’s who’s been deeply troubled by his mental decline. “And he just smiled at me and said, ‘Don’t tell Jim DeRogatis I said this, but I like isn’t anything more than loveless.’ It’s so scary to hear him confidently blurting out random words from the chaos of his mind as if they’re actual cogent thoughts. He definitely needs help.”

“I have no idea who on earth Jim DeRogatis is,” Molly added. “Maybe it’s one of Steven’s childhood friends who died or something. It’s so heartbreaking to hear Steven talk about forgotten people from his past like they’re still around.”

This is just devastating. It’s so difficult to see an elderly man of almost 40 losing his marbles in real-time as his brain rapidly deteriorates. It’s definitely time for Steven’s family to consider putting him in hospice, because he is clearly too old and helpless to be taking care of himself. While it’s painful to accept, it seems that Steven’s failing 36-year-old brain is going to continue to be consumed by this bizarre My Bloody Valentine thing until he’s completely incapacitated.