Trump To The Rescue: The Fat White Boy Who Was Expelled For Getting Fully Nude On The School Bus To Change Into His Dashiki Was Invited To The White House 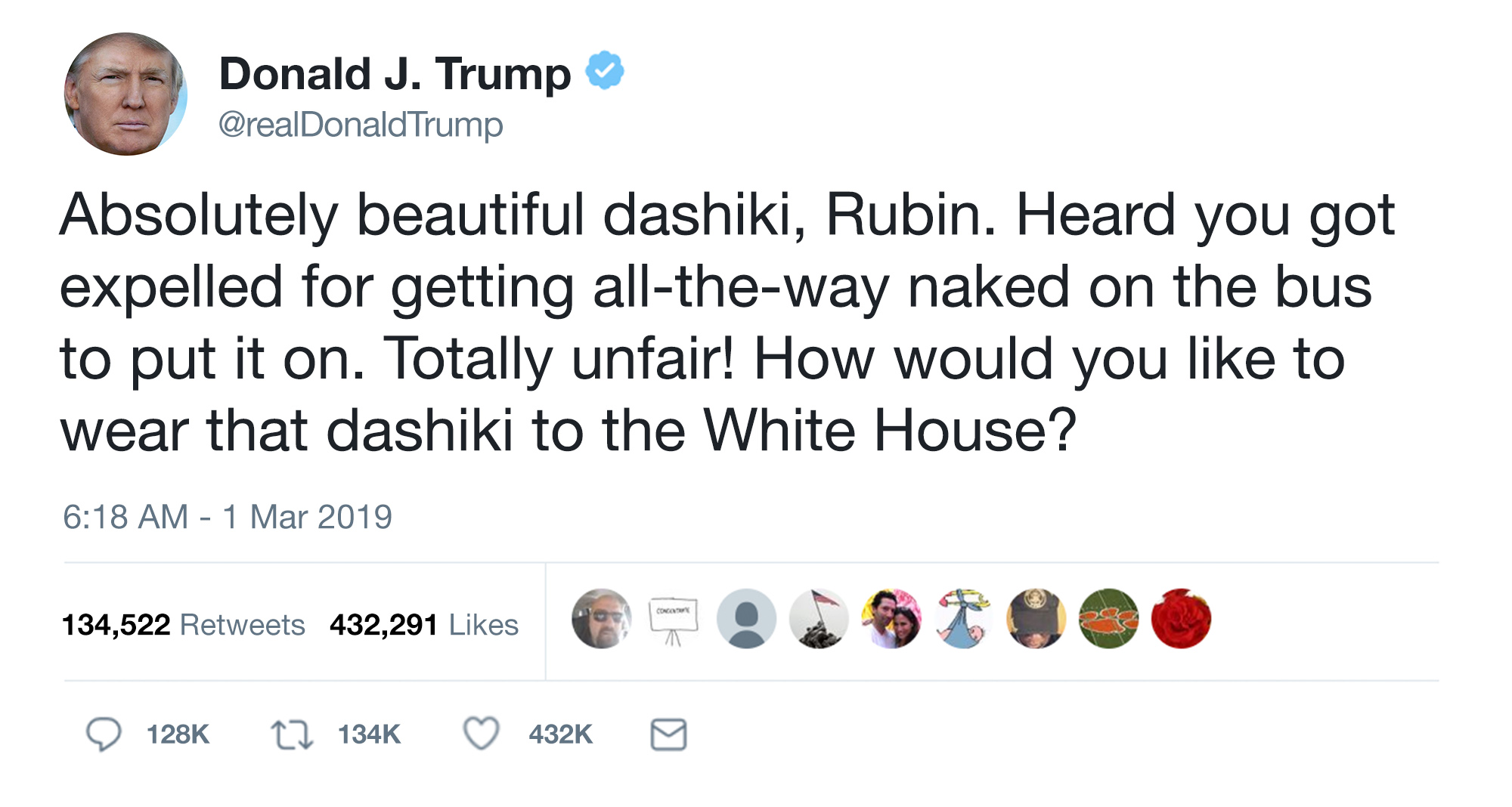 Patriots!!! If you are still disturbed by how P.C. culture got that fat white boy expelled just for getting 100 percent nude on the school bus to wear a dashiki earlier this week, we have a BEAUTIFUL update to that story that just goes to show how INCREDIBLE our President Trump is! Our mighty leader, President Donald J. Trump, has invited the fat white boy to the White House!!!

Rubin O’Leary, the fat white boy, must feel so proud to hear that President Donald John Trump Sr. has his back! See, libs? The Prez just proved there’s nothing “politically correct” about doing the right thing!

As soon as President Trump heard how PC culture had ruined this fat white boy’s life (OVER NOTHING!), he knew he had to use his platform to speak out and let every fat white boy know that it’s okay for them to get naked on the bus and put on a dashiki, no matter how much Demo-crazies whine that it’s “culturally insensitive” or “indecent exposure!” Check out President Trump’s official tweet inviting the fat white boy to come visit him in Washington below:

The fat white boy not only took up the president on his amazing offer, but also received a true patriot’s welcome at the White House! After giving the lucky, overweight white boy a tour of the Oval Office, Trump himself got fully naked to put on his own dashiki right alongside the fat white boy! It was an absolutely heartwarming gesture that was made all the more special by what happened next: The fat white boy was informed he’d been invited to join the Army, and that he’d also received $20 million in donations towards his college education from compassionate American PATRIOTS across the country who’d heard his heart-wrenching story!

We are SO relieved that this fat white boy’s nightmare story has a happy ending—all thanks to the best president this country’s ever had! It’s moments like this that remind you no matter how many mentally ill libs are trying to pervert our freedoms, America is in good hands with President J. Trump (Donald)! God bless him!!!