Uncanny: This Man Can Always Tell When He’s In A Store’s Flagship Location 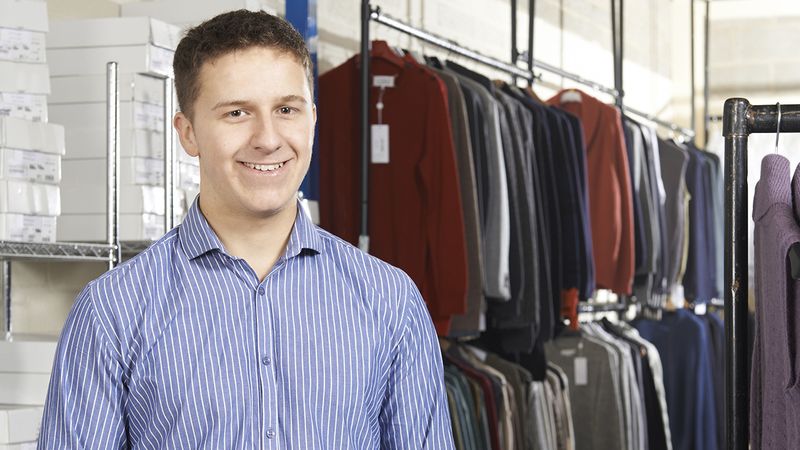 By the time you turn 25, you have entered hundreds of thousands of stores, but only a very small portion of those are flagship stores. Compared to a regular location, a flagship is usually bigger, more presentational, and more focused on branding. These differences are usually indecipherable, but not for Keith Demeo, who has developed the amazing ability to determine whether or not he is in a flagship store.

So, how does he do it? There’s no one better to explain it than the man himself:

“Usually, flagships are a little nicer, the salespeople usually have a bit more training, and sometimes there are new products that you can’t buy elsewhere yet,” said Keith. “It’s not really a big deal, but I am exceptionally good at this.”

“Sometimes it’s an intangible thing,” Keith added. “Just the atmosphere, the way the air feels on my skin.”

“I was with Keith the other day, and we walk into an REI,” explained Carl Lynn, one of Keith’s coworkers. “To me, it was just a normal REI. A little bigger than some other ones I’ve been to, sure, but it doesn’t even register with me. So I’m looking at a tent, and suddenly Keith comes up to me and says, ‘Let’s leave. I’m not in a flagship mood today.’ And then we left. Amazing.”

And while most people could walk into a store on Fifth Avenue and be able to guess that it’s a flagship location, Keith’s talents really shine when it comes to the flagship locations of national retail chains.

“We were in a Blockbuster in Dallas back in the early 2000s,” explained former roommate Laura Murphy. “We had picked up our copy of The 13th Warrior and were about to check out when I went down to tie my shoe. All of a sudden, I hear Keith’s voice whispering in my ear: ‘This is a flagship.’ I thought he was just blowing smoke, but we looked it up later and it was totally true.”

Keith’s knack for spotting flagships extends to predictions as well. A few years ago, Keith was walking on a block in Charleston, SC that was just a dirty old construction site. According to several friends who witnessed the event, he stopped there, looked around, and said, “In 19 cycles of the moon, we shall see a new flagship here.” A year and a half later, Yankee Candle built a flagship on that exact spot. And sure enough, Keith was there to see it.

Think about it: When was the last time you were in a flagship store? If you don’t remember, it’s because you don’t have Keith Demeo’s talents. But don’t feel bad—few do.