Want To Own A Piece Of Sports History? The Little Boy Who Caught Derek Jeter’s Final Home-Run Ball Is Up For Auction 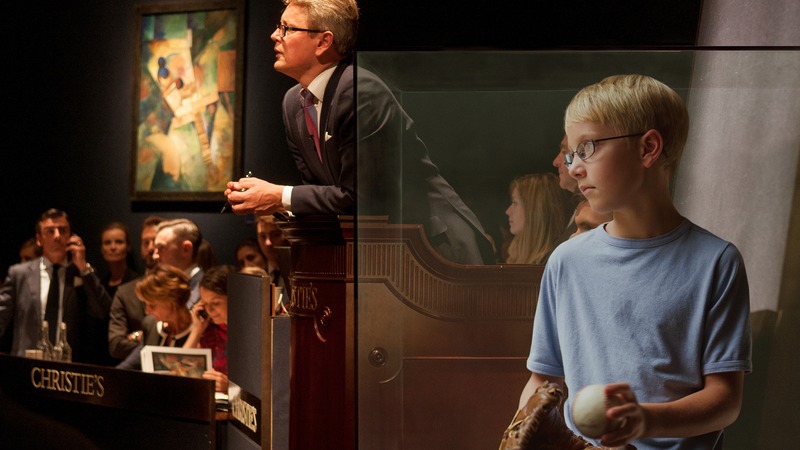 Baseball fanatics, take note, because this might be your chance to own a legendary piece of sports history: The little boy who caught Derek Jeter’s last home-run ball is up for auction!

For the first time since he caught Derek Jeter’s final home run when it sailed over the left field of Yankee Stadium in 2014, 12-year-old Jason Palomino has been made available for purchase, and it’s safe to say that he’s set to become one of the most sought-after pieces of sports memorabilia on earth. The near-mint-condition boy comes encased in a 6-by-10-foot glass crate so he has plenty of room to sleep and graze, and every time you look at him you can be reminded of Derek Jeter’s legendary career.

There’s no doubt that this historic boy would be an amazing item for any Yankees fan to own, but if you’re already imagining your friends’ jealous faces when they see Jason on display in your living room, you might want to think twice before reaching for your wallet. While it’s impossible to know exactly how much the kid will go for at auction, experts say that because Jason caught a baseball that was hit by one of the greatest shortstops in history, it’s likely that no one’s getting this special fifth-grader for anything less than $300,000.

Despite the high price tag, it’s very likely that many Yankees fans with fond memories of watching Derek Jeter will be willing to shell out a hefty sum because the kid has a great deal of sentimental value. Plus, once Jeter is officially inducted into the Hall of Fame, Jason’s monetary value as the boy who caught the 14-time All-Star’s final home run will almost certainly skyrocket, so whoever buys the boy now could probably sell him to a private collector for a nice profit. It’ll be interesting to see which lucky baseball devotee ends up taking home this extremely valuable kid. Happy bidding, everybody!