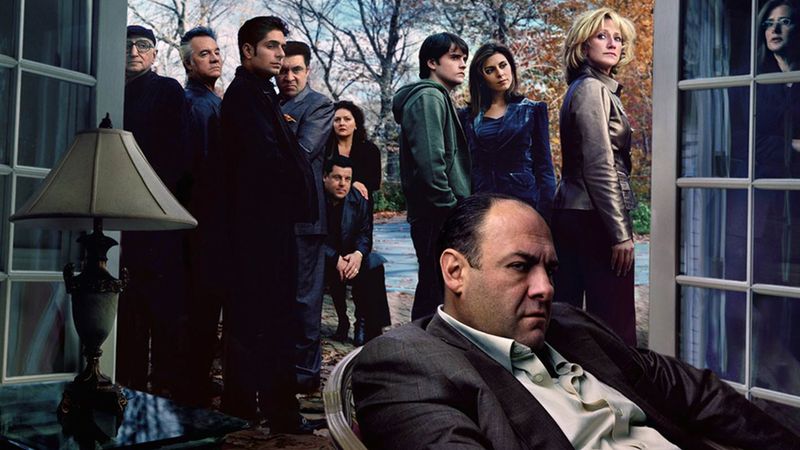 Twenty-two TV critics. One question: What is the best episode of “The Sopranos” where Tony gets lost inside a Circuit City?

3. Samantha Kirkpatrick – “My favorite episode where Tony Soprano gets lost in a Circuit City?”

5. Joanne Ye – “Are you sure you’re thinking of The Sopranos?”

6. Dwight L. Norris – “I don’t remember that happening on The Sopranos even once.”

8. Brian Zielke – “Definitely has to be ‘The Goodbye Goomah’ in season three. Basic story is that an outage blows Tony’s speakers out, and he must venture once again to Circuit City, where he is determined to get in and out in five minutes without getting lost like he has on previous occasions (recommended viewing: season two’s ‘Labyrinth,’ season four’s ‘Down The Rabbit Hole, Parts I and II,’ and season five’s ‘The Customer Is Always Lost’). But this plan falls apart when he runs into an old flame (played by the magnificent Annabeth Gish), and becomes suddenly disoriented somewhere in the stereo department. Structurally, it’s similar to ‘Tony And The Computer’ from season three, but bears the distinction of being the only one of the Circuit City episodes directed by Sopranos co-star Michael Imperioli, and it’s one of my personal favorites from the series. It’s great.”

9. Janelle Finch – “That doesn’t happen on that show.”

14. Monica Jennings – “Wow, I guess I don’t really remember that happening on the show.”

15. Sylvan Kellis – “I’ve watched the series through to the end multiple times, so I can assure you that the plotline you are describing—one where Tony Soprano gets lost inside of a Circuit City—is not featured in any existing episode of The Sopranos.”

16. Mel Toussaint – “Pretty sure that never happens on the show.”

17. Allora Alva – “Circuit City went under in 2012, and The Sopranos was only on the air from 1999 to 2007, so I guess it’s conceivable that there could’ve been an episode where Tony gets lost inside of one, but I know for a fact that there isn’t. Sorry.”

20. Willa Unger – “I’d probably say ‘Down The Rabbit Hole Part II.’ Tony has made his way back to Circuit City, this time to buy a clock radio for Melfi, whose old one he smashed after leaving an appointment in a huff. By this point in the series, creator David Chase has taught us to think of Circuit City as a kind of liminal place for Tony, where he’s forced to reckon with his ongoing internal crises (feelings of detachment from his family and friends, loneliness, resentment, etc.) through the lens of an immediate one (being hopelessly lost in a Circuit City). It’s a brilliant mechanic, and one we see used time and time again on the show to great effect in classic episodes like ‘Return Policy,’ ‘The Goodbye Goomah,’ and ‘Tony And The Computer,’ all of which involve him getting lost in a Circuit City. This time, Tony finds himself hopelessly adrift in the DVD section, desperately calling everyone he knows on his cell phone to come rescue him, to no avail. As usual, Gandolfini nails it, and the final scene, where a defeated Tony slumps over a TiVo box and weeps into the red polo of a teenage Circuit City employee, is absolutely heartbreaking. Aside from its mediocre B-plot in which Janice applies for a job as a driving instructor, the episode is about as close to perfect as it gets. Definitely worth a re-watch.”

21. Brett Fuller – “What you’re describing did not occur on any episode of The Sopranos.”