We Did It! The Internet Just Got Robert E. Lee Fired From Hell’s Only Baskin-Robbins 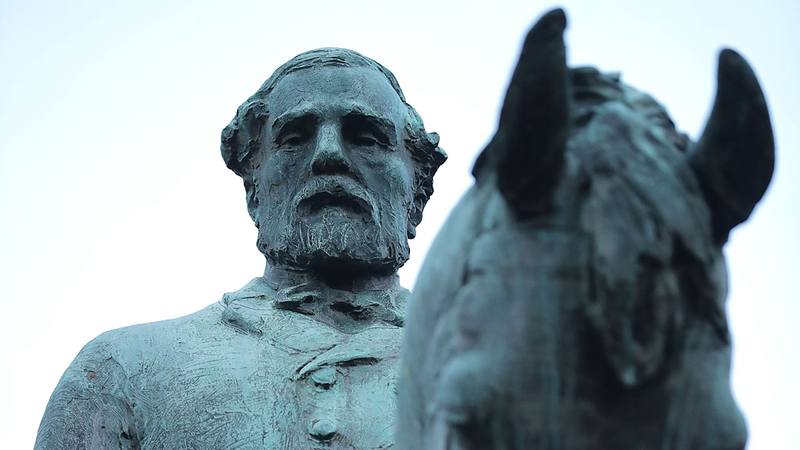 The internet campaign to identify and expose participants in Saturday’s hateful Charlottesville, VA rally is well under way, and as a result, numerous white supremacists have already been outed to the world and held accountable for their vile beliefs. But this morning, anti-fascist Twitter vigilantes scored their biggest win yet when it was discovered that their efforts had succeeded in getting Robert E. Lee fired from his job at hell’s only Baskin-Robbins.

Over the past 24 hours, internet sleuths were able to determine that the statue that served as the rallying point for this past weekend’s despicable Unite The Right gathering depicted Confederate general Robert E. Lee. After sharing this information through a post that was retweeted more than 60,000 times, amateur detectives across the country managed to confirm that Lee is currently living in hell and working as a cashier at the fiery realm’s only Baskin-Robbins location—a fact that was quickly conveyed to the ice cream chain’s Twitter handle through an avalanche of outraged tweets. Not wanting to invite the internet’s wrath, Baskin-Robbins responded swiftly and appropriately:

“It has come to our attention that one of our employees at our hell location, Robert E. Lee, was a central figure in the violent, hateful gathering in Charlottesville this weekend, and after investigating the matter, we have decided to terminate his employment,” read a statement issued by Baskin-Robbins, which added that the company had no prior knowledge of Lee’s supremacist ideologies when they hired him three months ago on a part-time basis at their store next to the eternal lake of fire and suffering. “Mr. Lee’s racist viewpoints are not a reflection of Baskin-Robbins’ values, and he is not the kind of person we want serving infected pus–flavored ice cream to the damned souls of Satan’s unremitting torture desert.”

The internet also learned shortly thereafter that not only did Lee lose his job scooping ice cream—one of the most coveted jobs in hell due to the respite the cold freezers provide from the torturous flames—but he was also unanimously voted out of his role as co-chair of the community leadership organization for the densely populated sulfur chasm where he lives. And even better, the person the Baskin-Robbins in hell hired to replace Lee is none other than famed abolitionist and African-American hero Harriet Tubman. Talk about poetic justice!

So take note, white supremacists: This just goes to show that you can’t expect to be both the mastermind of the Confederacy and gainfully employed. Hopefully, Lee’s firing from the only Baskin-Robbins in the infinite misery labyrinth of the underworld will serve as a warning to anyone who’s considering going public with their abhorrent, racist beliefs in the future.