What The Fuck: This Kid And His Whole Entire Family Love Drinking V8 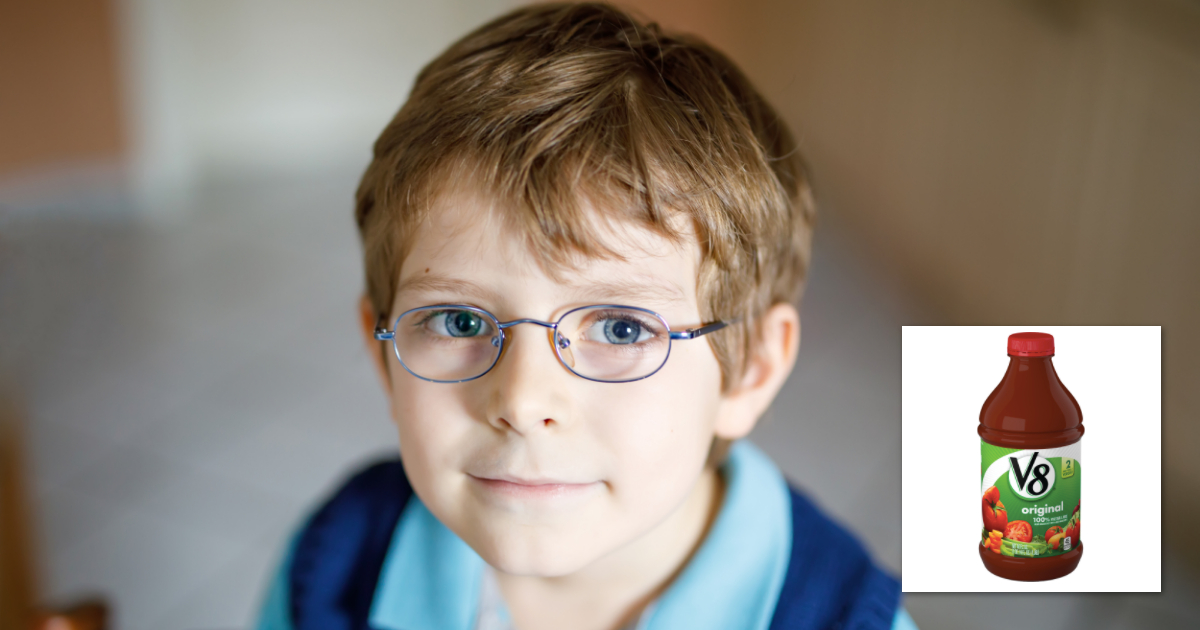 Prepare to feel deeply disturbed, because here’s a story about one of the most profoundly unhinged things you’ll ever hear: This kid and his whole entire family love drinking V8.

News of this absolutely demented fixation first emerged when classmates of 5th grader Peter Haines noticed that his bag lunches always contain a thermos filled to the brim with the vegetable juice beverage V8. Rather than being a one-off idiosyncrasy of a child’s developing palate, however, visits to the Haines household have made it abundantly clear that every single member of this otherwise normal-seeming family appears to love drinking V8 just as much as Peter, with his parents and siblings knocking back the tomato-based drink as though it were an actual normal drink like orange juice or soda. To be clear, their habitual consumption of V8 is in no way coerced or incentivized by outside forces, and it appears to stem only from some bizarre perversion of the mind that warps their reality so thoroughly as to make V8 seem like an honest-to-God refreshing treat even though it’s essentially watered-down ketchup.

Of course, we can absolutely understand certain limited scenarios that could make a small glass of V8 seem like a reasonable choice, such as having some as an accompaniment to a grilled cheese sandwich when regular tomato soup isn’t available, but that’s not what’s going on here; these weirdos are downing the stuff down morning, noon, and night. Mr. Haines doesn’t even ask before setting a glass of V8 at everyone’s seats before dinner, and the maniacs go so far as to keep the bottle on the table so anyone can top themselves off with another helping of V8 whenever they please, which occurs with alarming frequency.

It would be one thing if this were just something the parents forced their kids to drink to get more servings of vegetables or whatever, but both Mr. and Mrs. Haines—full adults with the ability to drink anything from coffee to wine to any of the regular juices widely available at stores—willingly elect to consume V8 right along with them, and worse, the whole family does so with what can only be interpreted as genuine enjoyment. Do they have some kind of strange nostalgia for it, maybe? Like they used to live off the grid and stockpiled a lot of V8 because it’s shelf-stable until you open it? That wouldn’t explain why they’d pick V8 over something like apple or grape juice, though. Maybe it’s some weird health fad they all buy into, though again, it seems unlikely that the kids would give a shit about that kind of thing at their age. Hell, maybe all it boils down to is that they’re freaks. That’s looking more and more like the only explanation that fits here.

Wild to think that people like this are out there walking among us!

“I went over to Peter’s to watch The Boondock Saints a few weeks back, and when his mom brought pizza up to his room for us she also gave us two big glasses of V8, and I didn’t know what it was, and it smelled bad, but Peter really liked it,” said Connor DaSilva, a friend of Peter’s who witnessed the family’s maniacal beverage habit up close. “I thought maybe they were just playing some kind of joke on me, but by the time I got back from going down to the kitchen to get a glass of water, Peter had already finished his V8, and when he saw that I had water he asked if he could have my V8 too. It made me feel uncomfortable.”

Christ, this is truly some Twilight Zone-type shit. Casually drinking V8 is troubling and wrong, full stop. No one can reasonably argue otherwise. Here’s hoping Peter can develop a taste for more normal beverages sooner than later, as the kids in middle school and high school definitely won’t be as forgiving of his weird-as-shit V8 habit.