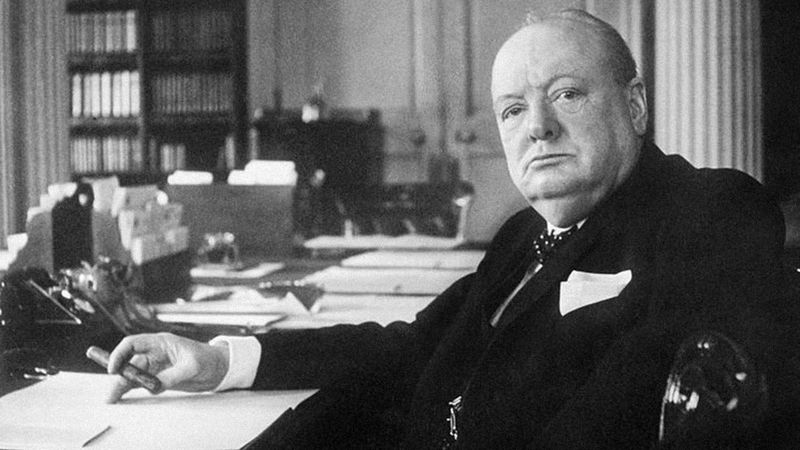 Whenever an iconic person dies, their image becomes fixed in our memories, and it becomes nearly impossible to imagine what that legendary figure would have looked like if they’d been given a chance to grow old.

But thanks to one artist, we no longer have to imagine. Now, we finally know what Winston Churchill would look like if he were alive today!

That’s right. Brian Elmore, a freelance graphic design artist from Atlanta, has given us an astonishingly lifelike picture of what Churchill might have looked like if he were 140 years old. Take a look:

Utilizing some of the same techniques used by law enforcement to age photographs of missing persons, Elmore provides a glimpse into what it would be like if the former British prime minister hadn’t died suddenly from a stroke in 1965.

“When you’ve got somebody as iconic as Winston Churchill and then suddenly he’s just gone, I think it’s only natural that his image becomes frozen in time,” Elmore said. “In our minds, he’s forever that World War II leader giving the famous ‘V for Victory’ salute. But I wanted to remind people that he was a real person.”

What an inspiring tribute to a great leader, and a sad reminder of what could have been.