What’s The Angle Here? Your Old High School Teacher Keeps Reposting A Viral Photo Of A Black Man And A White Man Wearing The Same Shirt As Though That’s Some Sort Of Comment On What’s Going On Right Now 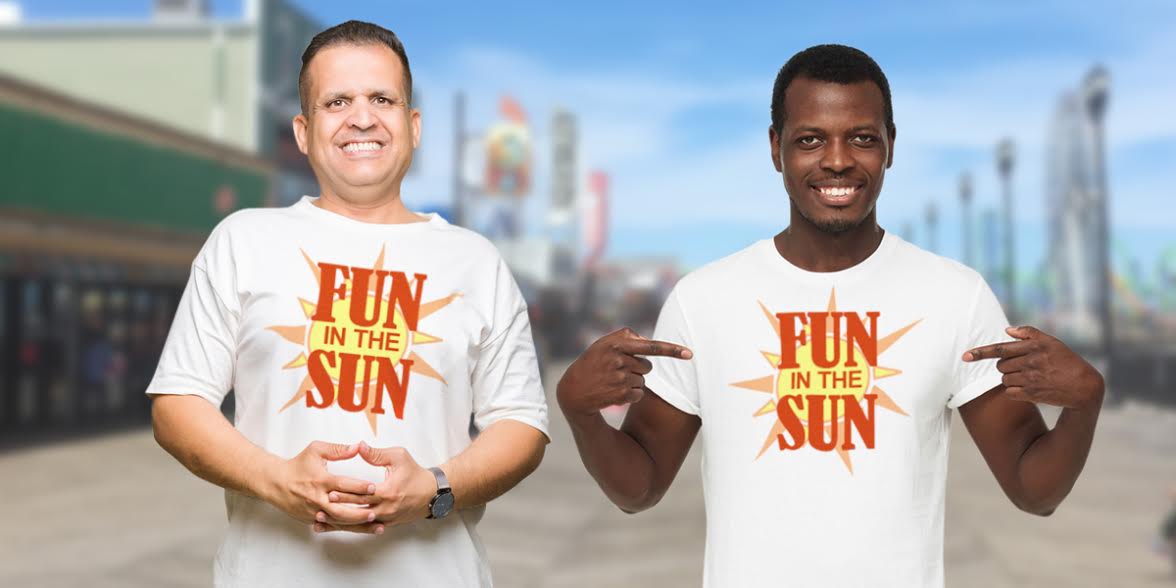 In the month since the horrific murder of George Floyd, we’ve seen an unprecedented number of Americans take to social media to speak out against police brutality and demand justice. While this has been an overwhelmingly positive development in the fight for racial justice in America, it’s clear that some people still haven’t figured out how to effectively wield social media for the cause. Case in point: one of your old high school teachers keeps reposting a viral photo of a Black man and a white man wearing the same shirt as though that’s some sort of comment on what’s going on right now.

Huh. Not quite sure what sort of angle she’s getting at here, but okay.

Over the past month, your high school music teacher, a now-retired white woman in her late 60s, has on no fewer than three occasions gone on her personal Facebook page to share the baffling photo, which depicts two totally regular-looking guys—one white, one Black—standing side by side in matching T-shirts that say “FUN IN THE SUN” on the front. The men aren’t hugging or making any kind of profound gesture of racial unity or anything. They’re just standing there smiling and doing absolutely nothing that could possibly be perceived as a statement on racism in the U.S.

Hmm. You have to assume that your old teacher saw lots of other people posting about race on Facebook recently and felt a need to contribute to the dialogue, although the only conceivable point she could be making with the photo she keeps posting is…that white people and Black people can wear the same clothes? Like, what the fuck does she think the post is commenting on? Oppression? Shirts? Having a nice time in the sun? It doesn’t seem like she quite understands what all the protests have been about.

In her most recent post, your teacher shared the photo with the comment “This.” plus a flexing muscle emoji, which suggests that maybe the fact that the two men are wearing the same outfit is proof of racial equality in her mind. She clearly thought the post was significant in some way, because she then tagged her husband in the comments of the post and wrote “take a look” as if it were some kind of thought-provoking point in a larger conversation. It’s possible she simply thought that the very sight of two men of different races in the same shirt would act as a balm for racial tensions in the country, which obviously would be a major stretch. However, it does seem that it might have had that exact effect, as one of her Facebook friends commented “Preach!” under the post, and in addition to seven likes, three people reacted by clicking the heart emoji in enthusiastic support of whatever the hell point was being made.

We’re really at a loss here. What could she possibly be getting at?

It is certainly a bit unsettling to see this woman, whose job was literally to nurture the critical thinking skills of children, struggle so mightily to make a cogent comment on the current historical moment in this country. Even posting something as simple as the words “Black Lives Matter” would’ve been so much more productive, but apparently she’s under the impression that a photo of two smiling men in matching shirts speaks volumes about race in America. You’ve got to assume that her intentions are good, but here’s hoping she’ll at least put her money where her mouth is and donate to some worthy causes in support of whatever point she thinks she’s making, because unfortunately her Facebook posts are doing jackshit.