When Cristiano Ronaldo Heard These Kids Were Playing Soccer With Balled-Up Garbage, He Surprised Them By Shipping Them His Trash 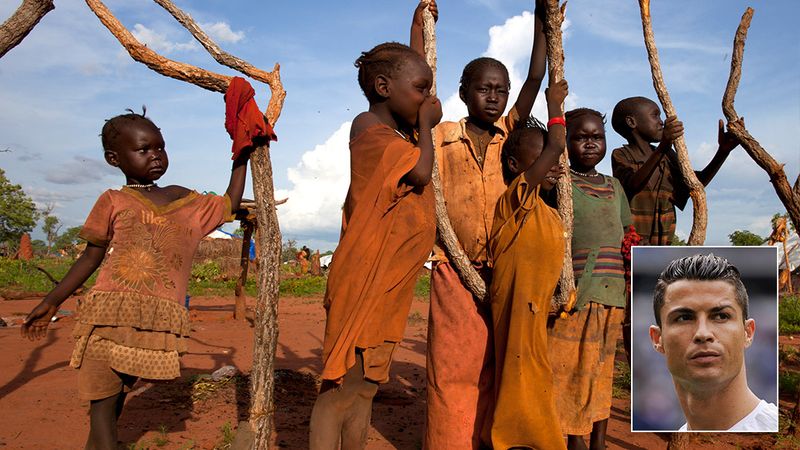 Cristiano Ronaldo may very well be the world’s favorite footballer. He’s won the FIFA Ballon d’Or award multiple times, and he’s scored over 500 goals in his career, including a record 345 goals for Real Madrid. On top of all that, he’s also surely one of the nicest guys around, because when Ronaldo found out that a group of Sudanese kids were playing soccer with balled-up garbage, he surprised them by shipping them his own trash!

When one of his fans tweeted him a photo of young children playing soccer with old rags tied around discarded plastic, the international star immediately leapt into action, going straight to his garbage and mailing its contents to them. Without missing a beat, Ronaldo tracked down every kid who played in the makeshift game, and within days, a week’s worth of his trash had landed in Sudan. It was a small gesture, but Ronaldo gave these former dumpster-divers enough of his food scraps and used tissues to last forever!

Yup. He could have just sat there and done nothing, but instead, this superstar made sure his trash made it to those who needed it most. And his generosity didn’t stop there—he was so touched by the experience that he still keeps up with the kids to this day, sending them garbage once a week!

Sure, the kids might have had next to nothing before, but now, because of Ronaldo, they’ve got much more garbage than they know what to do with. So thanks, Ronaldo—you’re a true hero, both on and off the field!