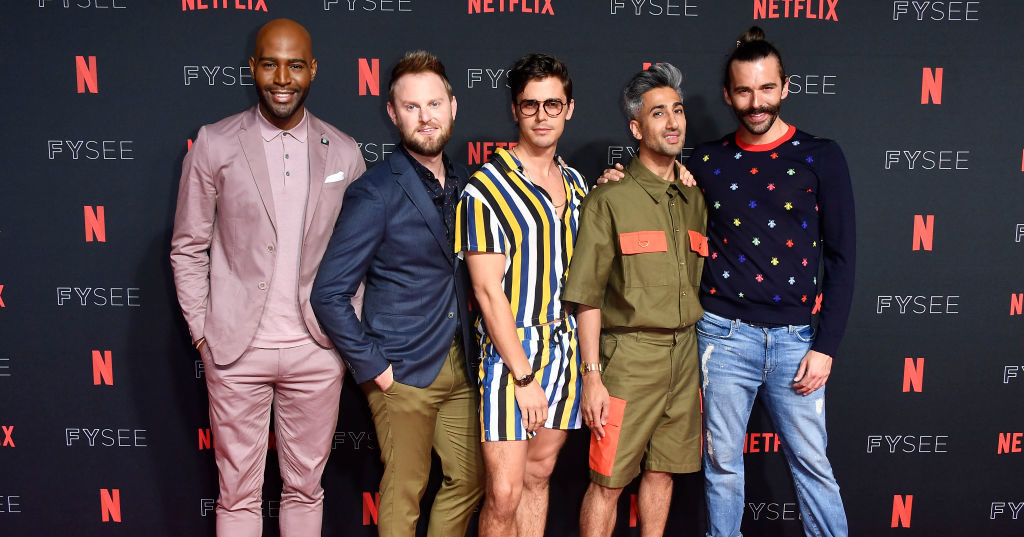 For four incredible seasons and counting, the Fab Five have been delivering unforgettable moments on every single episode of Queer Eye. But we have one very important question: are you Antoni, Tan, Karamo, Bobby, or Jonathan? Only this quiz will tell you once and for all which Queer Eye cast member you are, so what are you waiting for? Let’s get started!

While driving late one night, you hit a deer with your car. By the way it is lying broken and bloody on the pavement, you can tell it is not going to live for long. The dying deer looks you in the eyes and yells, “I’m you!” How would you kill the deer?

1. I would get back in my car and run it over to finish the job.
2. I would snap the deer’s neck.
3. I would tape the deer to the hood of my car, drag it into my house, and put its head in my microwave.
4. I would make a sign that says, “I deserve this because I shoplifted,” and I would hang it around the deer’s neck. Then I would drive away and leave the deer to die in agony.
5. I would pour honey on the deer so that ants would come and eat the deer alive.

You are the kingdom’s High Executioner. The Pharaoh has commanded you to cut out the tongue of a blasphemer. What do you say to the prisoner as you brutally strip away his power of speech?

1. “Your tongue is a foul asp whose fangs are venom-soaked words. I will behead the serpent for the good of Amen-Ra and his disciples.”
2. “Let this be a lesson for all those who dare to speak ill of Osiris.”
3. “The Pharaoh’s wrath is terrifying, but it is also purifying. Rejoice! For with this knife, I cleanse you of your sin!”
4. “I’m you!”
5. “Silence is the music of death. Now you shall forever sing the song of your own oblivion.”

You meet a man who says that you owe him your eyes because your father lost a bet. He holds out a jar and tells you to place your eyes inside of it. How do you respond?

While walking in a nameless forest, you see a woman transform into a tortoise.

1. Good
2. Great
3. Wonderful
4. The world could always use more tortoises
5. Tortoises that used to be humans lose all power of speech except for the ability to recite the infinite digits of the Golden Ratio

In your nightly dream about a pyramid floating over a meadow of flame, who walks out of the pyramid right before you wake up?

1. My mother with antlers. There are tiny versions of my head dangling from the antlers like apples on tree branches.
2. A goat reciting the Fibonacci sequence in the voice of a child who hasn’t been born yet
3. My father as an adult holding my father as a baby
4. A man with a mind in the shape of a hexagon
5. Nobody walks out of the pyramid, but a smaller pyramid floats out of the larger pyramid and then smaller pyramid and the larger pyramid switch sizes
All 5 questions completed!