Yer A Wizard, Mike! This 38-Year-Old Man Just Got Dragged Away Kicking And Screaming From His Wife And Kids By Hagrid! 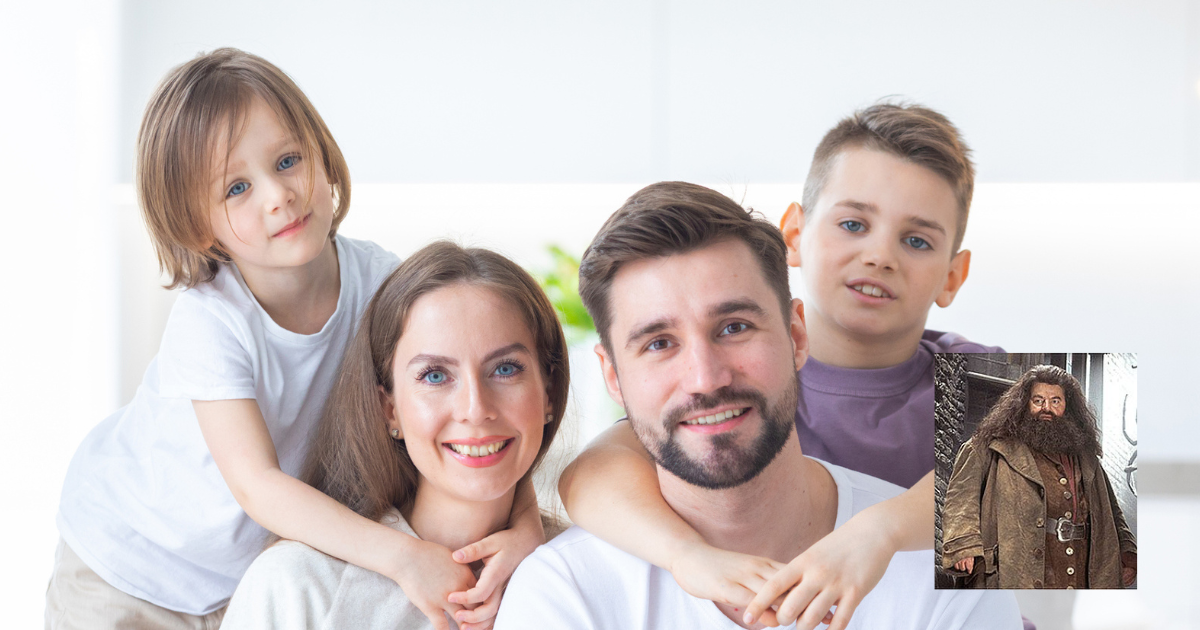 Many Harry Potter fans spent their childhoods praying for a letter from Hogwarts that never came, so they are going to be green with envy over the wizarding thrill one lucky guy received this week: This 38-year-old man just got dragged away kicking and screaming from his wife and kids by Hagrid!

Wow! Looks like it’s Hogwarts time for this guy!

Mike Fairchild of Raleigh, North Carolina read the first three or four Harry Potter books as a kid, but was never a rabid fan—which is why it was such an exciting surprise when Hagrid himself showed up to Mike’s young daughter’s softball game, grabbed him by the ankles, and yelled “Come with me, Mike, it’s time to get ye fitted for yer first year robes,” heaving the screaming 38-year-old’s body away from a shocked group of spectators as Mike clawed at the ground and yelled for help from his wife. Groups of parents were heard murmuring, “I think that’s Hagrid” and, “Wait, isn’t this more of a British thing?” as the half-giant tied Mike’s wrists and ankles together to keep him from escaping, all the while telling Mike that he was “keeping the train waiting” and insisting that he’d feel better as soon as he got to see Ron and Hermione and all the rest of his little friends. “I don’t know who the fuck those people are,” Mike cried, but Hagrid only replied with, “Cheer up, ye big slug” before pulling out his trademark pink umbrella to fend off Mike’s two weeping children who were frantically trying to rescue their father from getting forcibly dragged to Hogwarts.

Yes!! Yer a wizard, Mike! Get excited, because you’re in for years of magic, friendship, and unforgettable memories—as long as you aren’t sorted into Slytherin!

During a protracted, 20-minute struggle, Hagrid attempted to drag Mike across the softball field and towards the highway, but Mike repeatedly wriggled from his grasp despite Hagrid’s lecture about how Diagon Alley would be out of all the pretty owls by the time they got there if they didn’t leave right away. Eventually, Hagrid lost his patience and hogtied Mike with a piece of twine, threw him over his shoulder, and started walking toward the parking lot. Mike could be heard screaming “police!” as Hagrid loaded him onto the back of his dilapidated motorcycle, but no one came to his rescue. Mike’s wife could be heard yelling, “Bite him, Mike! Bite him and escape!” but Mike was unable to take her advice, and his whole family was left sobbing as he and Hagrid launched off into the sky and towards the most prestigious wizarding school in all of Europe.

This is so beyond incredible. We can’t believe that after all these years, Mike is getting forced to enroll at Hogwarts by Hagrid himself! He may not know it now, but this is about to be the most formative period of his life as a man and a wizard, and we are so here for it. Study hard for your O.W.L’s Mike, and maybe someday you’ll be not just a wizard, but an Auror too!