YES I’m Pissed Off: 5 Times Freaking ‘Paula’ (If That Is Her Real Name) Came Into My Bead Store And FUCKED UP All The Beads!!!! 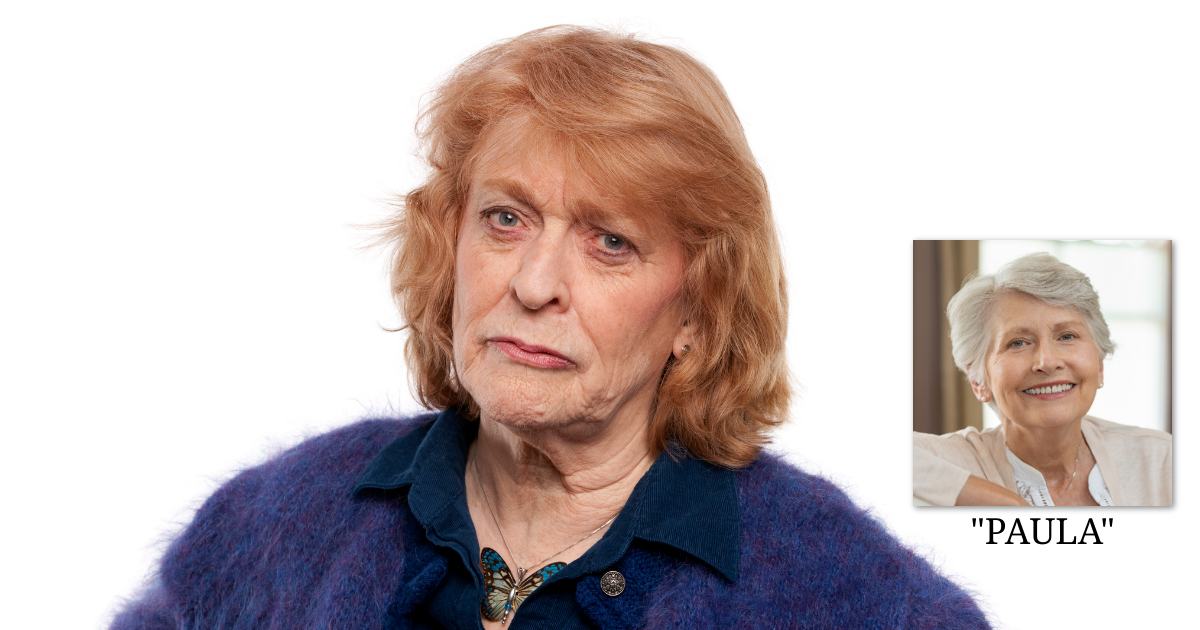 Guess what? I did NOT open my bead store (Beads One Million in downtown Hilton Head!) just to have fun—I opened it to sell BEADS!! But one woman has tried to sabotage me at every turn: “Paula” (most likely an alias)!!!! Here are five times she has FUCKED UP my beads beyond all recognition!! AND YES I’M MAD ABOUT IT!!!!

1. The time “Paula” came in the store and TOUCHED all the handmade clay beads and didn’t buy ANY OFT THEM!!!! (I’m not made of money “PAULA”!!!)

I have never been as STEAMING mad as the first time Paula waltzed into Beads One Million with her BANGLES CLANKING and her SHAWL SWAYING BREEZILY and said “Hi, I’m Paula” (bald-faced lie!!) before she took a lap around my store to do BULL CRAP TO MY BEADS. It took everything I had not to pounce from behind the counter with my MACE I GOT ONLINE when “PAULA” approached my prized clay bead table to POKE AND FONDLE upwards of 15 of my intricate handmade polymer clay beads. Beads that should get SOLD to CUSTOMERS, not MANHANDLED by SO-CALLED PAULA!  The worst part you ask?? Paula then stomped up to the counter in her BIG CLOGS and had the gall to say, “Thanks so much—I’m just looking today, but once I pick out a color scheme I’ll be back for some of these gorgeous beads”!!!! WOW!! She must think I own a “MONEY TREE OF SOME KIND” because it will take decades to recoup the loss of all the clay beads she grubbed up and RENDERED NASTY—without so much as GIVING ME ANY CASH IN RETURN! I spent all afternoon burying those beads in the YARD!!

2. The time “Paula” drank her coffee in the store and made the beads smell like COFFEE and PAULA!!

So-called “Paula” came in one Saturday morning with her LATTE IN HAND, intent on doing crime and making a mockery of my CLEAN and NICE-SMELLING bead store. She spent twenty minutes bending CLOSE to my beads, marking the TINY CRYSTALS and the CHARMS THAT SAY “SOCCER GIRL” with the UNMISTAKABLE scent of freshly brewed coffee and PAULA STINK! Needless to say I became TICKED OFF TO THE EXTREME! I had no choice but to tell “Paula” someone had called in a BOMB THREAT so that she would take her FOUL SELF and FRESH BAD COFFEE away from my building and the GORGEOUS BEADS INSIDE. Then I shut down the store for the day, opened up all the windows, and had my husband come over and WAVE A BIG FAN TO GET THE STINK OUT! If you think it’s easy to be a small business owner, I guess you haven’t met “PAULA” (she lies about her name to avoid consequences)!!!

3. THE TIME PAULA FELL ON THE GROUND AND SHE DIDN’T DAMAGE ANY BEADS BUT SHE COULD HAVE!!!! CLOSE FREAKING CALL!!!

One day it got up to 105 degrees which is FINE WITH ME since I am well known to THRIVE IN HEAT LIKE A LIZARD. But not so for “Paula,” who was leaning over by my wall of stranded beads when she nearly PASSED OUT and took my whole store down with her!!!! Instead of just fainting she crouched on the ground with her head down and asked me for a glass of water (free water??? Nice try “Paula!!” I run a BEAD STORE, not the OCEAN), but the call was so freaking close I could practically SEE her rolling around on piles of my fallen beads, laughing and smiling and probably FEELING DELIGHTED! She asked me to call her husband to pick her up. It’s sad to see she has roped a poor innocent man into her sickening charade, but that’s “Paula” for you (she has a fake name like a WAR-TIME SPY)!!!!!

4. The time I was teaching an earring-making class and “PAULA” showed up and did a great job making earrings which made my other bead customers JEALOUS AND SAD!!

“Paula you have really done it now”—that was what I said out loud to MYSELF when Paula arrived for my my “Earrings Made Easy” class one Tuesday evening, and then paid for the class with a credit card under the false name “PAULA VERHEUVEL” (how she has connections at the bank BEATS ME)!!! You should have seen the earrings “PAULA” created in that class: The COMBINATION and POSITIONING and SHEER AMOUNT of beads on what I have to admit were her pieces of FINE ART had me RED IN THE FACE and PEEVED AND IMPRESSED AND TICKED OFF in an unprecedented way!!!! The other ladies in my class were made to look like FOOLS and BUMPKINS!! None of them CRIED IN THE STORE, but I’m sure they CRIED AT HOME!!! The fact that Paula showed her face in Hilton Head after that incident is proof she is a DIFFERENT BREED OF CRIMINAL, the kind that is BEYOND HOPE OF REHABILITATION!!

PAULA ATE MY BEAD!!!! I saw this happen!!! I was turned around at the cash register when she POPPED it into her mouth and then when I asked casually, “Did you just eat something by any chance “PAULA”” she claimed it was A MINT!!! Well then why are you eating MINTS in a BEAD STORE, PAULA??? WHEN YOU COULD EAT ONE OUTSIDE??? I was snorting and stomping the whole time Paula was perusing my new display of leather cord as if she did not have a BEAD OF MINE within her own DIGESTIVE SYSTEM for her own CRIMINAL BENEFIT!!! She SWALLOWED MY BEAD for her DARK NUTRITION!!! This all happened yesterday and I HAVE called the cops and I WILL call them again, and say, “send a SWAT TEAM to the house of “PAULA” if that is her real name—and don’t let her know you’re coming because SHE WILL RUN!!”! At least that’s what I THINK! Because the way “PAULA” has FUCKED UP all my beads—IS VERY, VERY BAD!!!!