Yes! Peloton Is Now Offering Finance Classes For Riders Who Are So Bad With Money That They Buy A Peloton 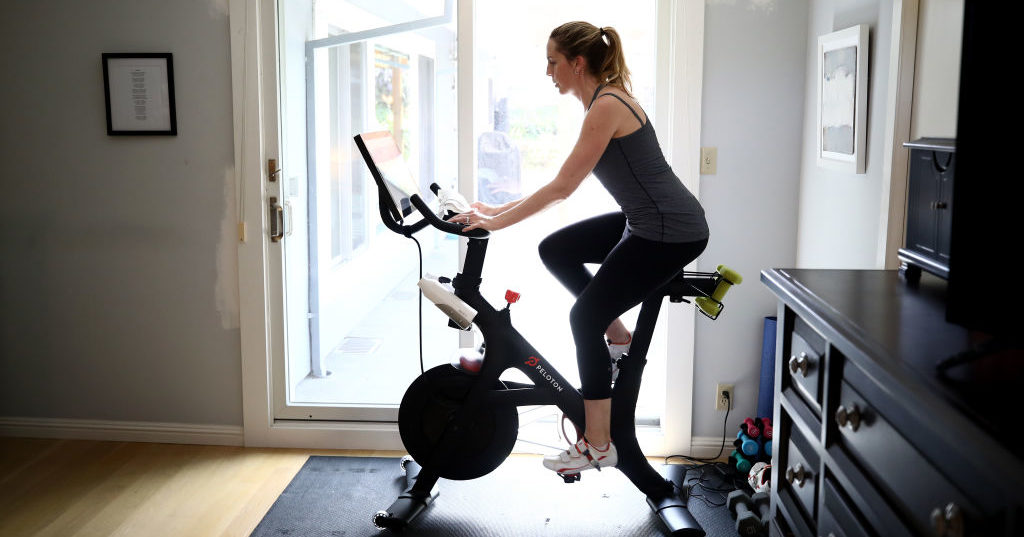 SAN ANSELMO, CALIFORNIA - APRIL 07: Jen Van Santvoord rides her Peloton exercise bike at her home on April 07, 2020 in San Anselmo, California. More people are turning to Peloton due shelter-in-place orders because of the coronavirus (COVID-19). The Peloton stock has continued to rise over recent weeks even as most of the stock market has plummeted. Peloton announced yesterday that they will temporarily pause all live classes until the end of April because an employee tested positive for COVID-19. (Photo by Ezra Shaw/Getty Images)

Over the past couple of years, Peloton has quickly become one of the biggest names in home fitness, and it looks like the company is only going to keep surging in popularity thanks to an exciting new innovation: Peloton just announced that they’re now offering at-home finance classes for riders who are so bad with money that they buy a Peloton.

Awesome! Now you can get your body and finances in shape all at the same time!

The exercise equipment company announced in a statement today that anyone who has made the fiscally reckless decision to purchase one of their $2,200+ stationary bicycles and opt into their $39-a-month streaming plan will now be able to access a wide array of financial literacy courses directly through a Peloton bike’s video monitor. The company says they designed all the classes to be accessible to beginners, as anyone who would intentionally purchase a fake bike that costs as much as a decent used car is clearly lacking even the most rudimentary money-management skills.

“If you make less than $10 million a year and have purchased one of our products, then we want to help you learn how to make less stupid financial decisions moving forward,” said Peloton in the statement. “You should be burning calories, not your savings, and our helpful new finance classes will show you how to do just that.”

Peloton has already released more than a dozen of the courses to their platform, with titles like “Real Bikes Are Only, Like, $100 on Craigslist And You Can Actually Get Places With Them,” “Why You Shouldn’t Spend A Month’s Wages On What’s Basically An Exercise Bike With A TV Taped To It,” and “Seriously, It Doesn’t Even Work Your Upper Body—What Were You Thinking?!?” And just like with Peloton’s fitness classes, the finance classes are gamified, allowing users with piss-poor credit scores and mountains of Visa debt to compete to determine who is less of a dipshit when it comes to money. The company promises that these virtual contests will be incredibly fun—and also educational!—for morons who are willing to pay the price of an actual gym membership every month to stream videos of people yelling at them.

It’s so refreshing to see a company care so much about serving its customers needs. Kudos to Peloton for going above and beyond to make sure that the financially brain-dead individuals who buy their products never make the same mistake again!