A Piece Of History: The Beautiful Velvet Ribbon That Made JFK’s Head Fall Off When It Was Untied Is Coming To The Smithsonian 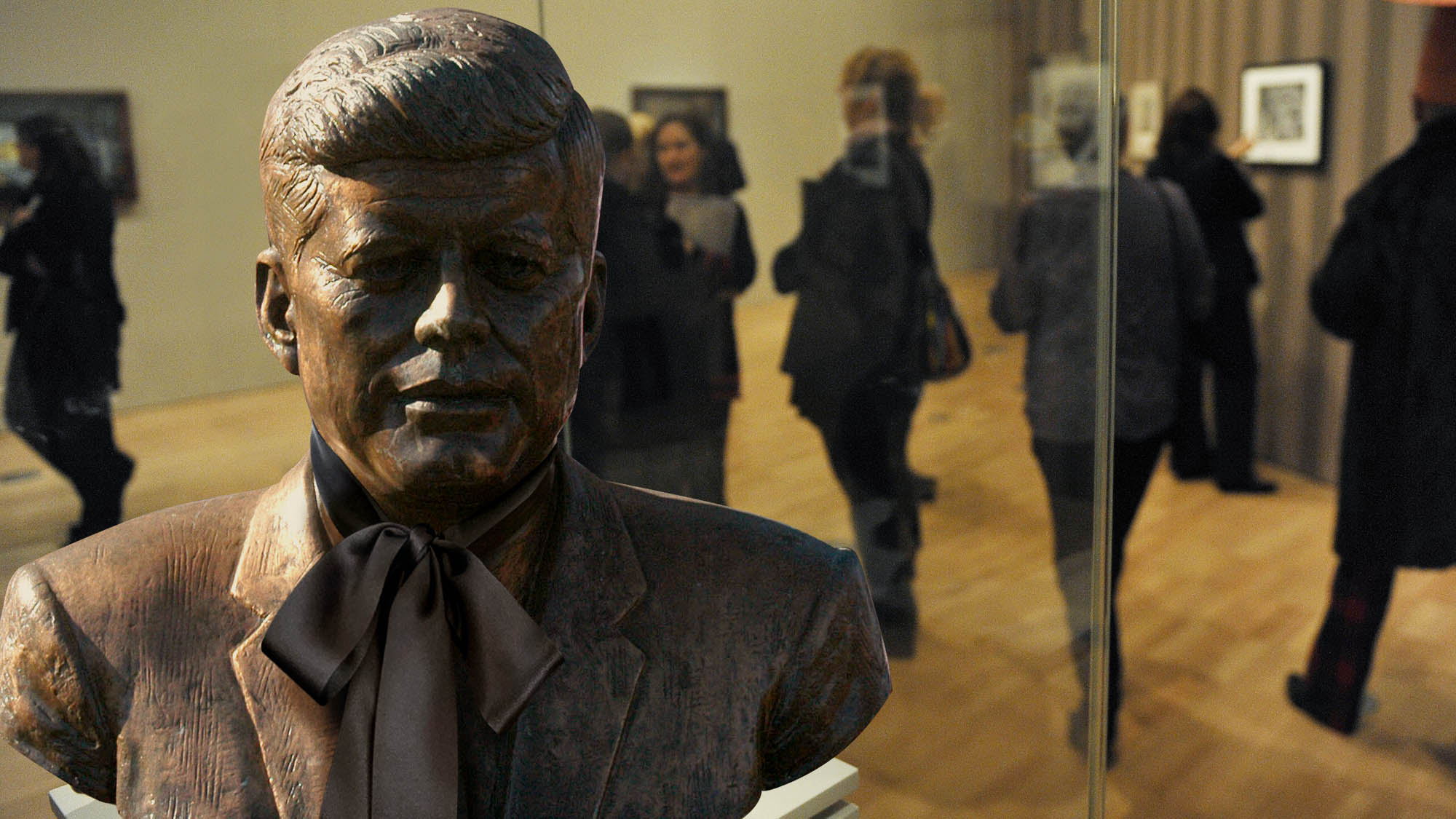 The tragic death of President John F. Kennedy remains one of the most shocking days in United States history, but now, for the first time in over 55 years, an incredible artifact from that devastating event will be put on display: The beautiful velvet ribbon that made John F. Kennedy’s head fall off when it was untied is coming to The Smithsonian.

So powerful. This is something history buffs won’t want to miss.

The National Museum of American History in Washington, D.C. will be featuring the item as part of an exhibit commemorating JFK’s life, giving the public its first-ever opportunity to see the black velvet ribbon up close. The ribbon, which famously remained snug around President Kennedy’s neck from his birth until the moment it was untied on that fateful November day, has even been reshaped into a bow matching the circumference of JFK’s neck to demonstrate just how he wore it, just how it was always supposed to remain…

Americans will never forget where they were when they heard about the terrible tragedy that had befallen John F. Kennedy that crisp autumn morning. Anyone who was alive at the time can remember how there had been something different about that day—a discomfort, a haze, the unsettling sense that something just wasn’t right. As documented, while JFK and his wife Jackie Kennedy Onassis sat in the back of a convertible as it drove through Dealey Plaza in Dallas, TX, she ran her fingers along the velvet ribbon. “Please, John,” she leaned across the backseat to whisper in his ear. “May I please untie the ribbon?” John turned away from her. “It’ll make you sorry,” he answered.

But that was far from the first time she’d asked. For years, Jackie had been begging JFK to take off his ribbon. According to historians, she’d asked him to remove it on the day of their wedding in Newport, RI in 1953, and even on the night they’d met at a Washington dinner party in 1952. Yet John’s answer had always remained the same: “It’ll make you sorry.”

U.S. historians speculate that Jackie’s curiosity got the better of her that day in Dallas. Reportedly, she continued to pester him in the back seat of their convertible as the presidential motorcade passed through Dealey Plaza. “We’ve been married for 10 years, John! Ten years and not a single moment that I’ve seen you without that dang ribbon! Don’t you think I have a right to see you without it? Please, John, I’m begging you. Let me untie it.”

Worn down, John breathed a heavy sigh and turned toward Jackie, pointing the bow at the center of his neck at her. Jackie wore an impish grin as she began to tug on the velvet, her twisted smile widening as she pulled the ribbon off his neck, when all of a sudden—she screamed in terror.

Those would be the last words he’d ever speak. And now, Smithsonian visitors finally have a chance to see the infamous ribbon up close!

The exhibit also includes the now-iconic photo of Jackie frantically attempting to climb out of the car to chase the head across the street after she’d accidentally bumped it into the road, as well as the heartbreaking broadcast by CBS news anchor Walter Cronkite in which he narrates the First Lady’s failed attempts to bring JFK back to life by putting the head back onto his body and re-tying the ribbon around his neck.

Wow. It’s incredible to think how the course of the world would have been altered had Jackie simply accepted that the ribbon was JFK’s ribbon and his ribbon alone, or if she’d understood that even in love—even in marriage—some things must remain secret…undisturbed…

If you’re interested in seeing the velvet ribbon for yourself, definitely plan a trip to D.C. ASAP for a glimpse at a piece of one of the most heartbreaking events in American history.