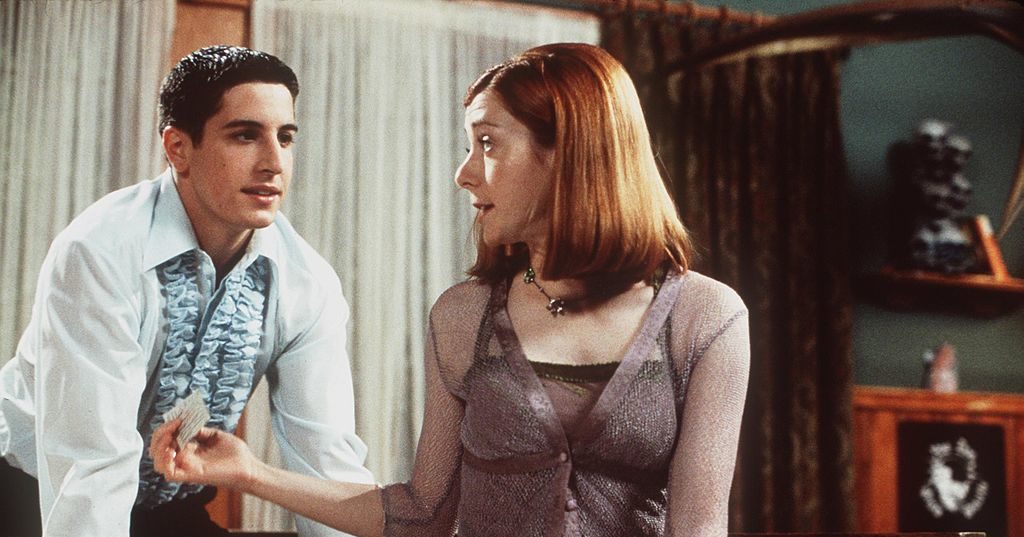 Research shows that inadequate sex education can leave teenagers woefully unprepared to deal with puberty and sex in a safe, healthy manner, yet for whatever reason, many schools are still refusing to give it the attention it deserves. Point in case: A new study has found that almost 50 percent of American sex ed teachers still don’t show their students the 1999 film American Pie.

This is just shameful. It’s yet another example of how America’s education system is failing our nation’s children.

The shocking study, published by the Pew Research Center earlier this week, reports that only a little more than half of America’s sex education teachers ever educate their students about the raunchy antics of Jim, Oz, Kevin, and the rest of the American Pie gang. This means that almost half of our nation’s kids are leaving high school without learning the importance of forming a pact with your best friends to lose your virginity by prom night or how to please your partner using the famous Tongue Tornado method. Meanwhile, in countries with more robust sex ed curricula like Sweden and France, children are well-versed in the Tongue Tornado from a young age and are equipped with all the knowledge needed to lose their virginity by graduation, highlighting just how far behind U.S. children truly are.

“Sex ed class should be a safe place for children to watch the full, unrated version of American Pie under the supervision of a trained teacher who knows to turn the volume up during the most relevant parts, like the scene where Michelle says, ‘One time at band camp I shoved a flute up my pussy,’” said Planned Parenthood President Alexis Johnson. “The fact that right now only a little over half of sex ed instructors are showing their students this wet and wild flick means that we have millions of kids in this country who don’t know what a MILF is, let alone how to seduce one. And the sad reality is that when kids miss out on learning the crucial know-how that a film like American Pie teaches, they’re left utterly ignorant as to what to do in sexual situations like if a sexy foreign exchange student takes her top off in your bedroom while your webcam is rolling. No child should ever have to go into adulthood not knowing how to appropriately react if they encounter a warm, fuckable pie sitting tantalizingly on a kitchen counter. We have to do better.”

It is totally inexcusable that in 2020 there are still so many American children who have never been shown American Pie at school. These schools are failing their students, and at this rate we shouldn’t be surprised if we raise an entire generation of kids who graduate high school without ever getting laid. It might be uncomfortable to show kids such a raunchy sex comedy, but that’s the only way that they’re going to learn the safe and responsible way to fuck an apple pie in order to learn what getting to third base feels like. It’s time for the American education system to undergo some much-needed reform.