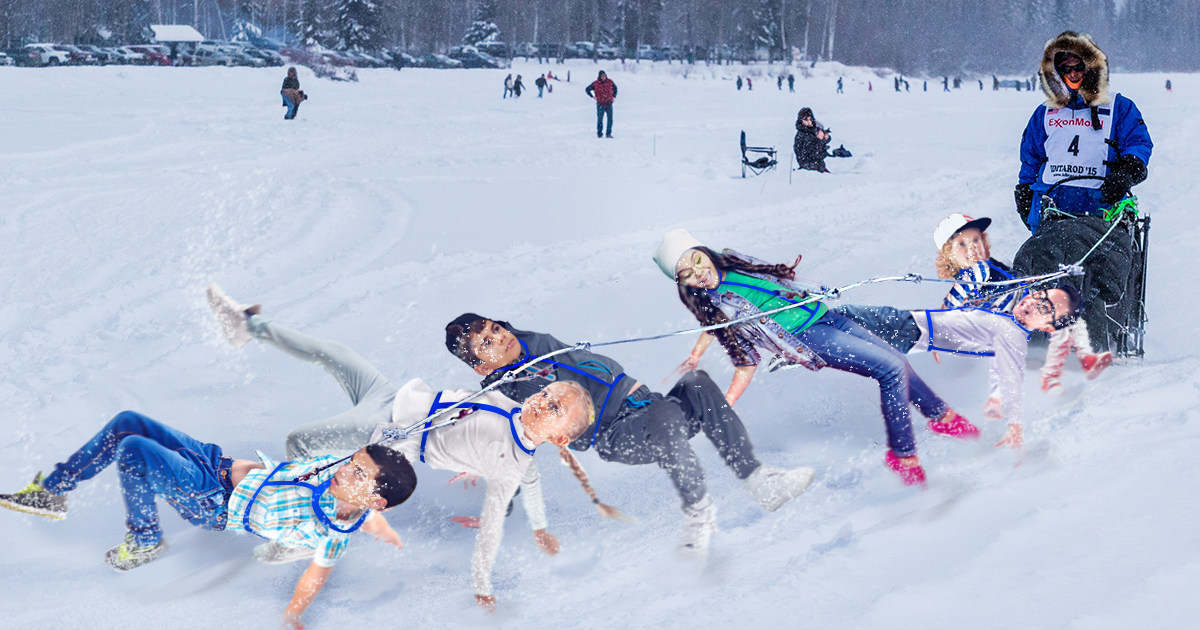 For years, the Iditarod Trail Sled Dog Race has been under fire for the animal cruelty that sled dogs suffer during both its training process and the race itself, but a new announcement proves that Alaska’s famous sled race has finally decided to listen to its critics: the Iditarod is officially replacing sled dogs with crab-walking children.

Awesome! This is a landmark win for animal rights!

Earlier today, the Iditarod Trail Committee announced that beginning in 2021, they’ll put a stop to the race’s pattern of dog abuse and neglect by replacing all sled dogs with crab-walking children who are roughly as tall as a husky. As animal rights activists have long pointed out, the windy, icy, and freezing conditions on the trail are incredibly dangerous, which is why it’s so heartwarming to see the Iditarod recognize that dogs deserve to live a painless and dignified life and start requiring a dozen kids aged 6 to 11 to pull each sled instead.

Although the race may now take slightly longer than the usual two weeks since a dozen kids crawling on their hands and feet through 1,000 miles of Alaskan wilderness can’t move as quickly as dogs, competitors and fans alike will be able to comfortably enjoy the race knowing that no animals are suffering during the event. But this new rule isn’t just great for animals – it’s great for the environment, too. By relying only on dog-sized children to pull the sleds, mushers will be able to repurpose their old dog collars and paw booties on the crab-walking kids, ensuring that this new change is also zero waste!

Now this is how you treat animals – and the planet – with respect and dignity.

In addition to the criticisms of the trail conditions and violence dogs faced from their mushers, the race has also been criticized for the fact the dogs were not even able to consent to the risky experience the way that people can. The Iditarod Trail Committee has clearly taken that critique to heart, since the new regulation will now require every child crab-walking in the race to dip their hand into paint and leave their handprint on a participation waiver before they can compete.

Just amazing! After such a long record of sled dog mistreatment, it’s so inspiring to see the Iditarod do what’s right and retire their sled dogs for good. We can’t wait to see those sleds pulled by crab-walking kids this March!