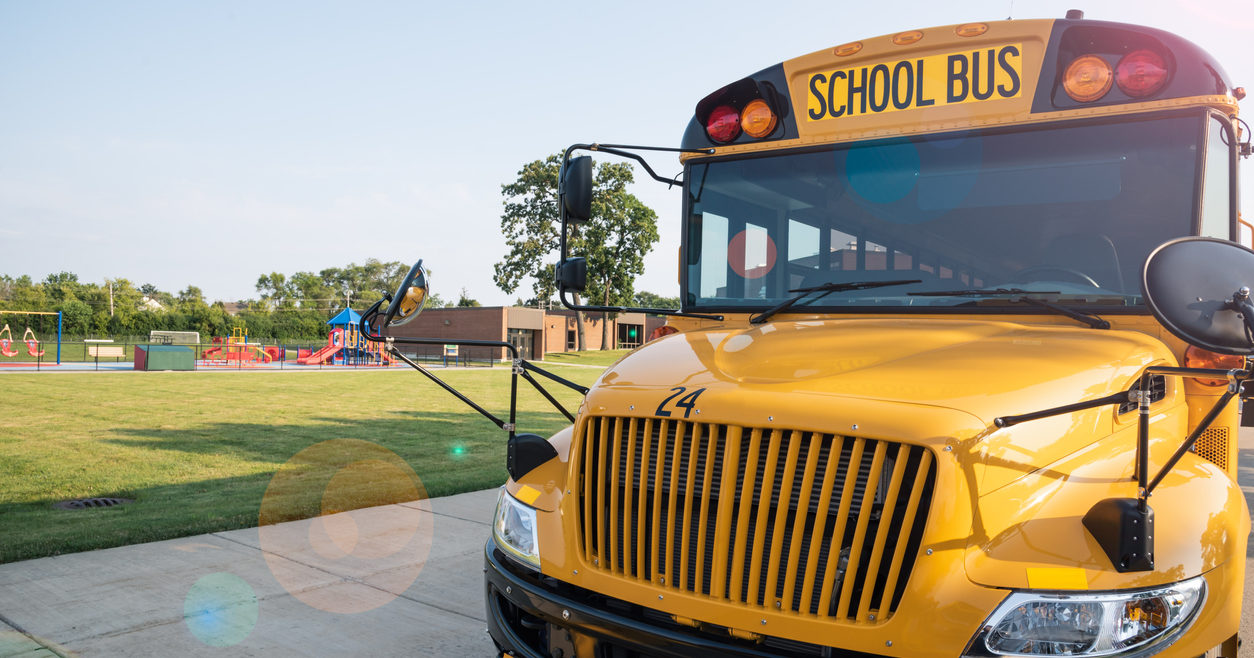 Has your bus driver somehow gotten it in their head that you’re their star pupil? Take the quiz to find out!

First things first: When you get on the bus in the morning to go to school, how does your bus driver greet you?

1. As I get on the bus, the driver begins slowly clapping his hands the way a football coach claps right before kickoff, cracks his fingers, neck and back and says, “Hope you carbed up.”
2. When I get on the bus in the morning, no matter what I’m wearing, the bus driver looks me up and down in total disbelief and says, “You gotta be fucking kidding me with this shit. Absolutely no goddamn chance.”
3. Every time I walk past the bus driver in the morning, he shows me a page in his notebook that’s labeled ‘Today's Notes’ and cheerily says, “I’m ready to learn.”

Once you get on the bus, where do you usually sit?

1. The bus driver rigged up a seat for me that he calls, “The Co-Pilot’s Saddle” right next to his seat, and that’s where I have to sit. It’s one of those beige chairs that old people like to sit on in the shower tied down with the seatbelt that he removed from his own driver’s seat, and it’s a set-up that he is constantly saying he wishes he had “when he was coming up.”
2. I usually try to sit down with my friends near the back, but when the bus driver sees where I’m heading he lays on his horn until he has my attention. Then he insists that I stand in the aisle for the whole ride so I can “at least attempt to get a fucking feel for the road.”
3. I usually sit with my friends in the middle of the bus, and the bus driver always comes and sits next to us. After a while of him just quietly sitting there, I tell him that he should probably go drive the bus, and after he writes that down in his notepad, we finally get on our way.

What does your bus driver listen to on the radio during the ride?

1. The bus driver doesn’t listen to music or anything, but throughout the ride you can hear all of his bus driver friends calling in on the CB radio, saying stuff like, “Is your prodigy on the bus yet?” “Let us know when the Promised One is on the bus,” “Is today the day you let your young gun drive the bus?” or “Let ‘Bus Gretzky’ try driving the bus through the woods, it’s nearly impossible,” to which the driver always proudly responds, “When the kid is ready, you’ll know.”
2. There’s no music, but you can hear the bus driver on his CB radio during the ride talking to his other bus driver friends, saying stuff like, “You should see the buck-toothed weirdo standing in the aisle right now, bumping into all the other kids like an unbalanced dipshit every time I turn the bus,” all before looking at me through the rear-view mirror and shaking his head.
3. I wore a ‘Wicked’ t-shirt on the first day of school, and every day since the bus driver has blasted the ‘Wicked’ soundtrack nonstop on the bus and it fucking sucks.

Bus drivers can sometimes struggle to get a bus full of riled-up kids to behave during the ride. When your bus driver wants to get the kids quiet down, how do they do it?

1. Whenever things get too rowdy on the bus, the driver will drive us to the mall parking lot, put it in park, turn to me and say, “The floor is yours,” which means I have to pick one student on the bus to get out and find their own way to school from there. The bus driver says this exercise is intended to both strike fear in the hearts of the kids and to teach me that “99% of driving a bus is deciding who will live and who will die.”
2. Whenever the bus gets too loud, even when it’s clear that I’m not the one making too much noise, the bus driver will pull over and make me Windex down the long, flimsy yellow stick that extends from the front of the school bus every time it stops. When I finish I get back on the bus and the noise-level is never addressed.
3. The bus driver turns ‘Defying Gravity’ all the way up and looks at me for approval, which I do not give him.

After you thank the bus driver for the ride when you’re getting dropped off at school, how do they respond?

1. The bus driver always responds by reminding me that the people in that building can’t tell me shit. Then he gives he gives me a couple YouTube videos to look up on my phone during class, like, ‘MASSIVE busses IMPOSSIBLE turns Best Of 2006-2010’ or ‘How To Remove Bus Engine If You Want to Put It Somewhere Else For A While’ and says he’ll quiz me on them later.
2. The bus driver will make some weird, aggressive remark like, “Better focus up in there, because there’s no future for you out here” and then slaps his steering wheel a couple times.
3. The bus driver will usually ask me what I think he should do all day until he has to drive the bus again later, and I always tell him that I am a child and have no idea what adults do during the day, so I really can’t help him there. Seems like the guy needs some direction.

Do you ever have any interactions with your bus driver during the school day?

1. A few times a week, I’ll be called down to the principal’s office to find my bus driver in there giving the principal a new pitch on why I should be allowed to sub out one of my academic classes for personalized bus instruction. Whether he’s explaining that gym class is useless for me because driving a bus works out muscles you never knew you had, or that science is a waste of my time because the laws of physics are completely different on a bus, the principal always brings me in to tell the both of us that this idea will never happen.
2. The bus driver once tried taunting me by tapping on the outside of my classroom window and holding up a shitty little sign that said, “Bus drivers are BORN not MADE,” but he tapped too hard and got the whole class’s attention, and by the time the teacher walked over to the window to see what was going on, he’d already ran off.
3. My bus driver volunteers as one of those weird lunchtime chaperones that isn't a teacher, and by the time I see him in the cafeteria in the afternoon, he’s changed into basically the same clothes that he saw me wearing that morning. He always gives off a vibe like he wants me to invite him over to my table to eat with me and my friends, which I’d never, ever do because he’s an adult man bus driver.

When you get on the bus after school, how does your bus driver greet you?

1. The bus driver is usually all amped-up in the afternoons because more times than not, he has a few of his bus driver buddies onboard, both so he can introduce me to them for networking purposes and so he can brag about my potential to his friends. He makes me shake their hands and then says shit like, “Look at the paws on this kid, you can already tell this is a massive fucking bus driver in the making,” or “Kid’s bus instincts are insane. He called that a kid was gonna yack from motion sickness yesterday 5 minutes before it happened.”
2. The bus driver will usually jump right back into his strange, bus-elitism taunting by saying something like, “See this rear-view mirror? It’s the size of a fucking skateboard, and you don’t have what it takes to earn one.”
3. The bus driver always greets me in the afternoon by spending a good 5 minutes telling me all the ways he applied what I taught him throughout the day, which is all goddamn nonsense. I have no choice but to stand up there in front of everyone and jam up the whole line and it sucks so bad.

And lastly, list three nicknames that your bus driver has called you in the past:

1. Bus Bobby Fischer, The Heir To The Dinner-Table-Sized Windshield, The Prince Of The Brown Seat
2. The Hack, The Enemy Of The Yellow, Jail Bus Material
3. The Commander In Bus, Alpha Of The Tiny Bus Staircase, Yahweh
All 8 questions completed!