Fuck: This Guy Just Passed Off Something From A Podcast As His Own Idea, Which Means He Definitely Noticed When You Did The Same Thing From The Same Podcast 20 Minutes Ago 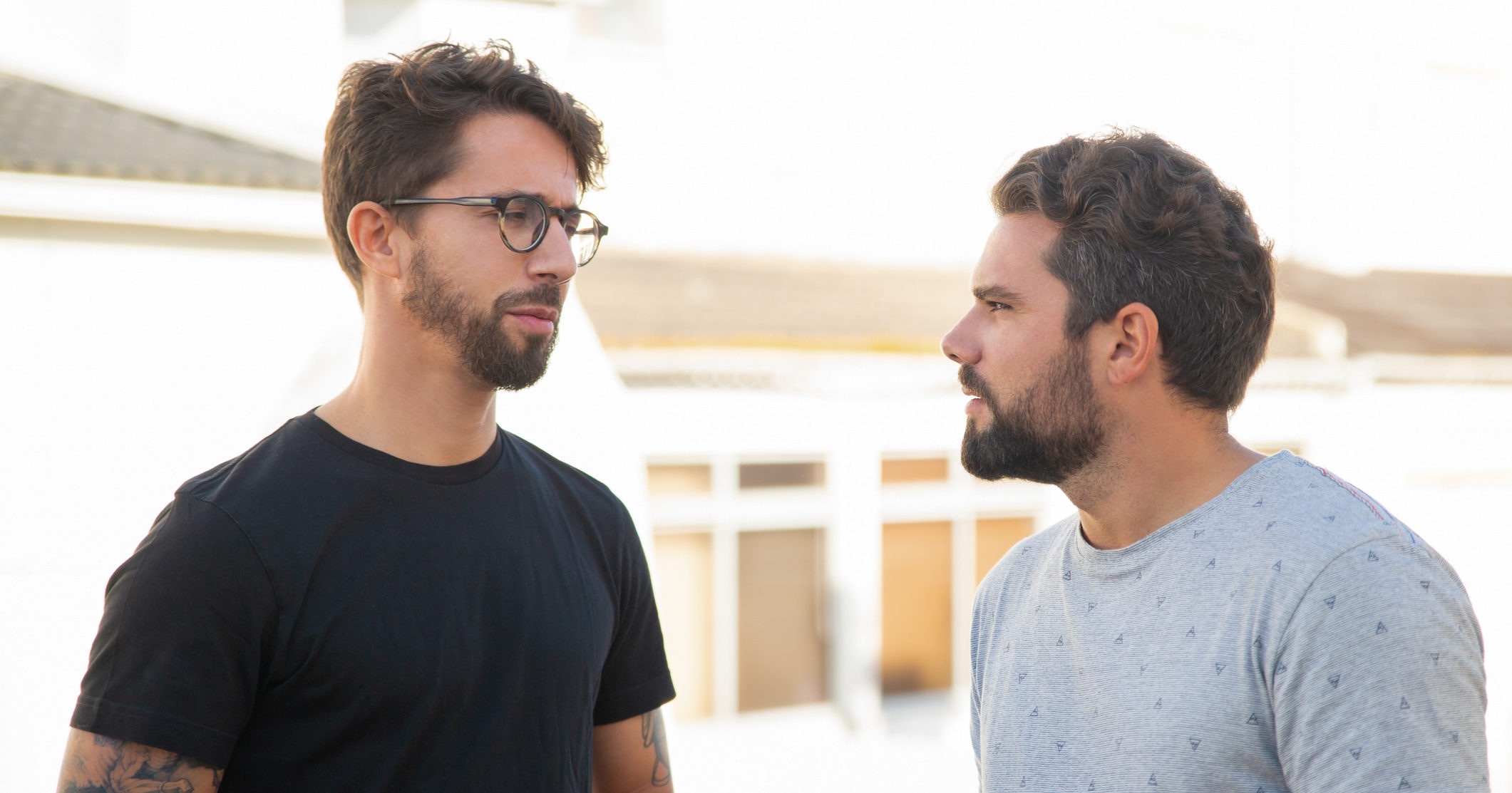 Tread carefully, for there is no rule book on how to handle the tricky situation you’ve now found yourself in: This guy just passed off something from a podcast as his own idea, which means he definitely noticed when you did the same thing from the same podcast 20 minutes ago.

Just a moment ago, the conversation you’ve been having about current events with some buddies at a bar took an unexpected turn when one of your friends recited something you heard on a podcast earlier this week almost verbatim. There’s no chance of parallel thinking here either, because it was way too nuanced and specific of a take for your friend to have thought of it on his own. Still, this wouldn’t be such a big deal if it didn’t mean he definitely caught your ass when you also stole an idea almost verbatim from the exact same podcast a little earlier in the conversation.

Same fucking episode, too. There’s no way he doesn’t know.

You and this man have now entered into a delicate, confusing dance. Who has the upper hand here? Is there even a move to be made? Your friend definitely knows you were lying when you said you’d heard about the current conditions in Ukraine “from a friend in Kyiv,” but you also know that your friend was lying when he said he’d “been reading a lot of historical texts on the Russian Empire.” You’ve both revealed yourselves as frauds, and it’s unclear how to proceed from here.

Are you both just going to go on with life, knowing what you’ve done? But how?

What kind of sick, twisted person would quote the same damn podcast episode you just quoted? It’s deranged and reckless! It’s established a fraught detente based on mutually assured destruction. If you called him out, he would do the same to you. If you mentioned the episode he stole from by name, then maybe your friends would listen to it, and although they’d know your friend was stealing from it, they’d know you were, too. There is no way to reveal this man’s deception without showing yourself to be just as much of a fraud as he is.

Honestly, just change the subject entirely, because a situation this confounding is best left alone. It can only end in disaster. Godspeed as you continue to navigate this fucked up situation!