Grandparents, Your Hands Are Amazing, But You Need To Start Offering Solutions On How To Defeat ISIS 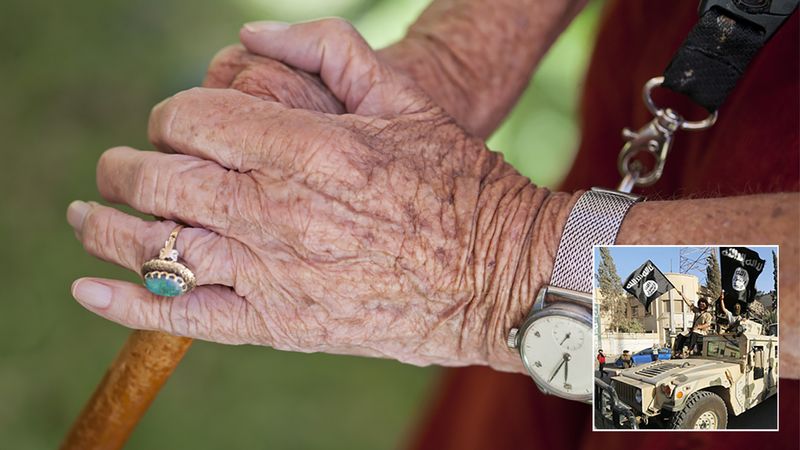 Look, let’s not mince words. Grandparents, you have beautiful hands. They are exquisite in their delicacy and more telling than a diary—every wrinkle a story, every callous a decades-long record of sacrifice, arthritis be damned. But it’s time to come back to reality. You can have the most strikingly weathered hands in the world, but it doesn’t mean a thing if you can’t offer real, practical solutions for eradicating ISIS.

Yes, there is much to admire in the gorgeous topography of your aged hands—the constellations of blue marks along the fragile, pronounced metacarpal bones, the bulbous calcified knuckles echoing a lifetime of industry—but frankly, it’s nothing more than fluff that distracts us from what’s really important: devising a focused, diplomatically and militarily nuanced strategy for neutralizing the ISIS threat without committing to yet another costly and ineffective ground war. The feathered lines of your softened palms speak a thousand words, but if none of those words include a comprehensive game plan for stemming violent radicalism in the Middle East, then they’re not helpful in the slightest.

You can have the most strikingly weathered hands in the world, but it doesn’t mean a thing if you can’t offer real, practical solutions for eradicating ISIS.

Now, don’t get me wrong, I appreciate the raw, sun-worn gentility of grandparents’ hands just as much as anyone. But if these ISIS maniacs finally do succeed in some sort of large-scale attack on U.S. soil, I guarantee nobody will be waxing poetic about the rusted dignity of grandparents’ hands, no matter how graceful the lattice of veins or how poignant the broken motion of the joints. I’m sorry, but you can’t keeping coasting by on the frail elegance of your ornate hands while no effective plan exists to combat the very real threat of ISIS.

So what’s it going to be? Should we send U.S. troops to the front lines until ISIS forfeits its strongholds in Mosul and Raqqa, or perhaps take steps to reverse defense sequestration, or maybe demand greater military involvement from neighboring Middle Eastern nations? Or is the plan to just go around parading your heartrendingly beautiful elderly hands indefinitely while ISIS slowly but surely drags us all toward World War III?

Grandparents, your hands are great, but they’re not enough. We need solutions for conquering ISIS, and we need them now. I wish the most pressing global issue was how to spend more time marveling at the beautiful, knotted valleys on your amazing oaken hands, but unfortunately, that’s just not the world we live in.