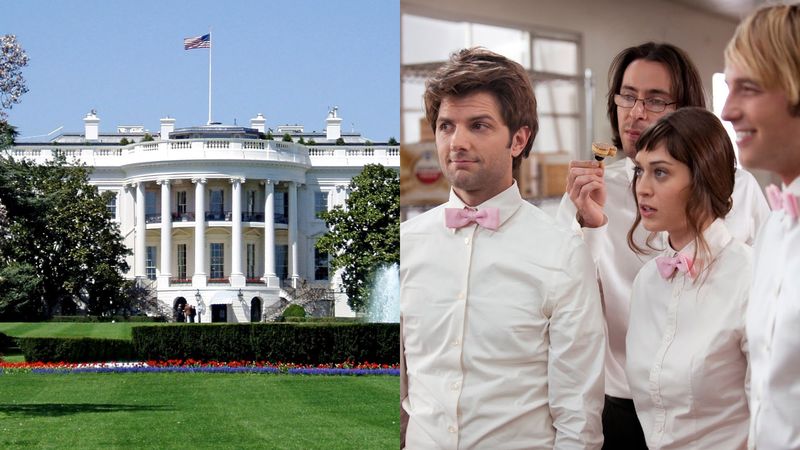 We live in times of tremendous change. Everywhere, young people are making their voices heard and reshaping our world for the better. As I think about how far we’ve come as a society, I become filled with hope that we might see a Latino president and a film adaptation of the television series Party Down in our lifetimes.

When I look at the U.S. today, I see a country in which America’s largest minority group feels underrepresented in our nation’s politics and the critically lauded Starz series Party Down was canceled after only two seasons. I believe that, with the support of enough young voters and a fan campaign expressing interest in reviving the cult-favorite comedy, we can fix this.

Twenty years ago, it might have been impossible for the story of a hapless Los Angeles catering crew to sustain a feature-length movie, much less for a Latino to assume the role of commander-in-chief. But I’m certain that our generation can make this dream reality.

It won’t be easy. I know that Washington remains mired in status quo ideas about what a president looks like and that Party Down suffered from low ratings during its initial run. But the changing face of the American electorate just might propel a candidate from a Spanish-speaking household into office, and a fresh audience has fallen in love with these characters during the show’s second life through DVD box sales and on-demand streaming sites like Netflix and Hulu.

But I have hope. In the past six years alone, we’ve seen a black president and the making of an Entourage movie. America, it can be done.

In the past six years alone, we’ve seen a black president and an Entourage movie.

With more Latino lawmakers holding office today than ever before and the sheer number of stories that remain to be told in the Party Down universe, it’s only a matter of time. It’s easy to imagine a campaign with Marco Rubio or Julian Castro heading the ticket, and easier still to envision a 120-page storyline in which the gang has to cater a rich kid’s bar mitzvah or the groundbreaking ceremony for a Los Angeles high-rise development.

Whenever I stop to think about Julian Castro or Marco Rubio mounting a successful presidential bid or Ron Donald finally making enough money to open a successful Soup ’R Crackers franchise location, I know that there’s a chance this could happen.

Somewhere, there could already be a young Latino child who will eventually grow up to become president of the United States. Right at this moment, Party Down series co-creator John Enbom might be taking early-stage meetings with studio executives in order to secure financing.

If we keep working at it, we can make this world one in which a Latino lives in the White House and the on-screen romance between protagonists Henry Pollard and Casey Klein is given a satisfactory resolution. Let’s make it happen.